Located off the far Southwestern tip of the Philippine island of Mindanao, lies the tiny village of Sitangkai. Throughout the 1970s and 1980s the region was the center of a southern muslim insurgency, the Moro Conflict, but peace agreements in 1990s finally opened up the region briefly, allowing western journalists access. I traveled to the Philippines with a reporter for a Hong Kong based magazine , and after few days in Sitangkai, rented a small boat and traveled even further out to see to the floating villages about 20 miles west of the city in the Sulu Sea. This image was taken as we approached the villages where we spent a week documenting and reporting on this remote region. Shot on Fuji Provia 100, scanned on Hasselblad Imacon scanner. 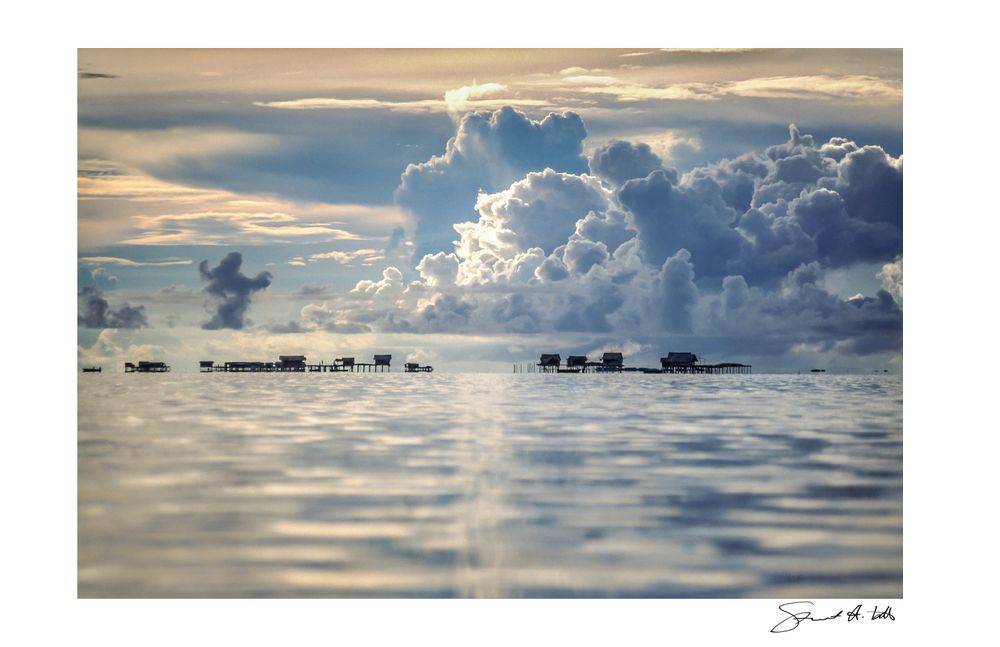