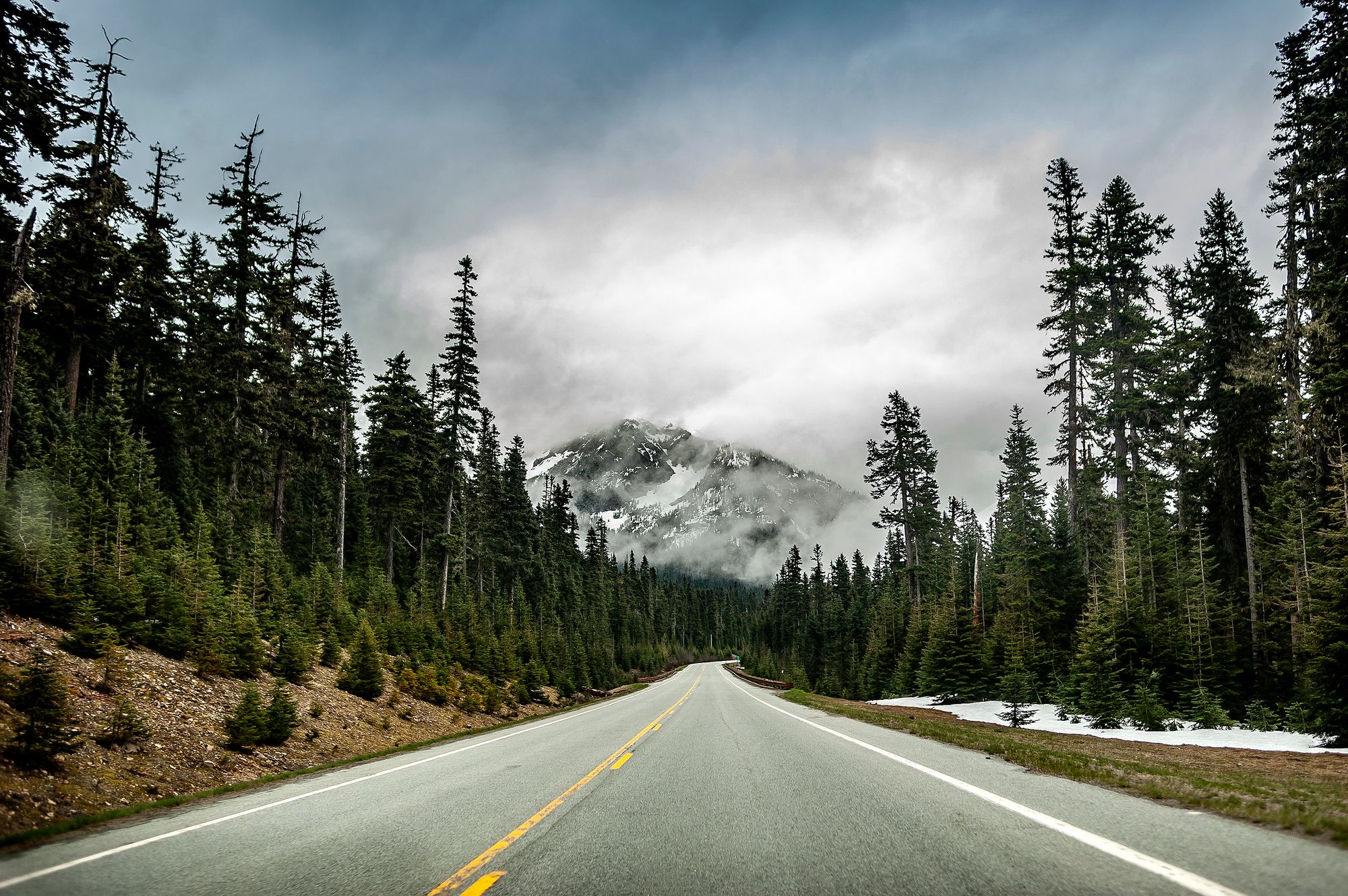 Every photographer's dream assignment is the road-trip photoessay. They're lying if they say otherwise. Hop in a car, hit the road with a camera (and "your" writer), a beat up copy of Kerouac's "On the Road" (confession: I've never read) and search out the small town America of your imagination. I've only done a few such shoots, mostly in Asia, but in 2008 I hit the road with New York Times writer, and a neighbor here in Seattle, Bill Yardley. Bill had researched some 1930s Works Progress Administration (WPA) travel guides and the first in the series on American roadtrips the NYT did was on Washington State's Highway 20, the North Cascades Highway, following the route of the Depression-era guide.

The hardest part of a road-trip assignment? Not simply regurgitating all the thousands of other road-trip stereotypes we've seen over the years. Look, old motel! Look, old gas station! Look, Cadillacs buried in the dirt! One thing I made sure I did was engage with people on our trip over the mountains; listen to their stories, get in their faces and take photos. What most road-trip photoessays lack is that kind of engagement with the people along the way.

The easiest part of a road-trip assignment? You've been given carte blanche to photograph how you like, what you like. The editor has no expectations. You are literally given a blank canvas and told to fill it as you wish. So hit the road Jack. Get out of your bubble and meet some interesting folks. Photograph them. You'll learn more about yourself more than anything else. 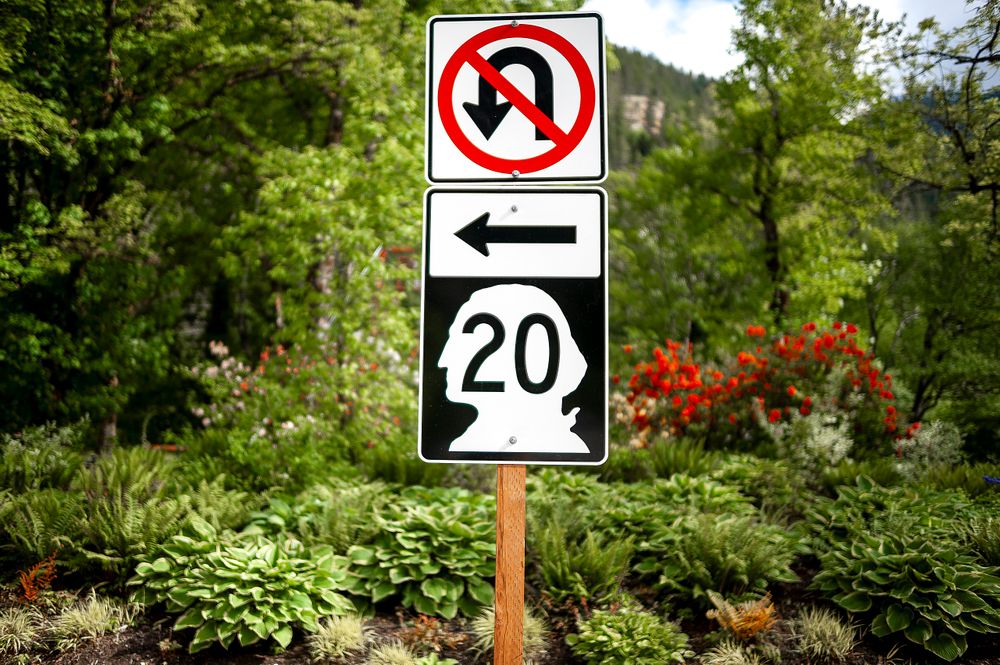 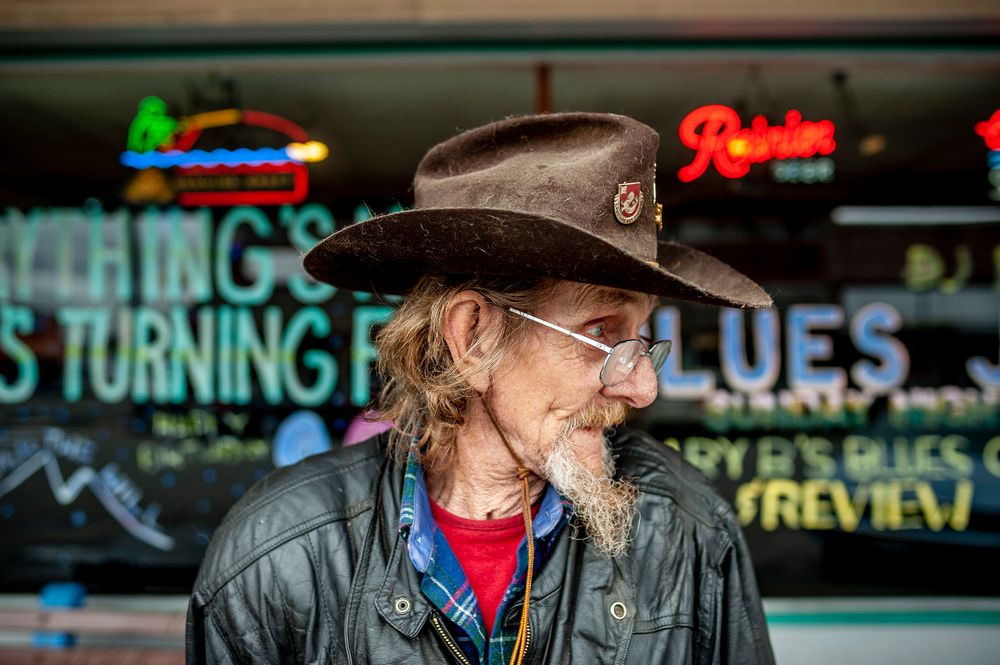 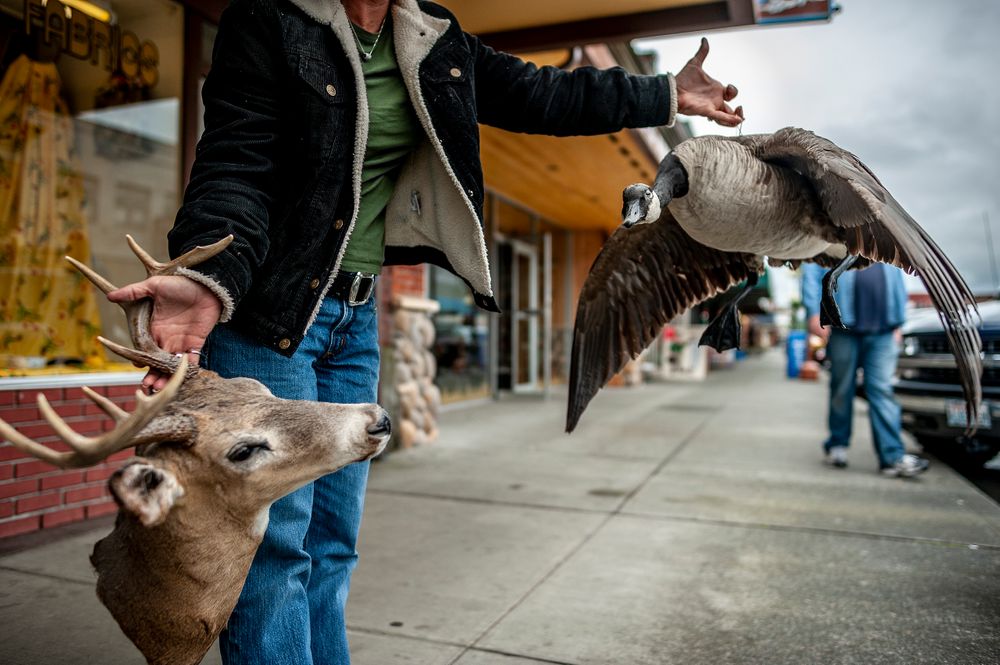 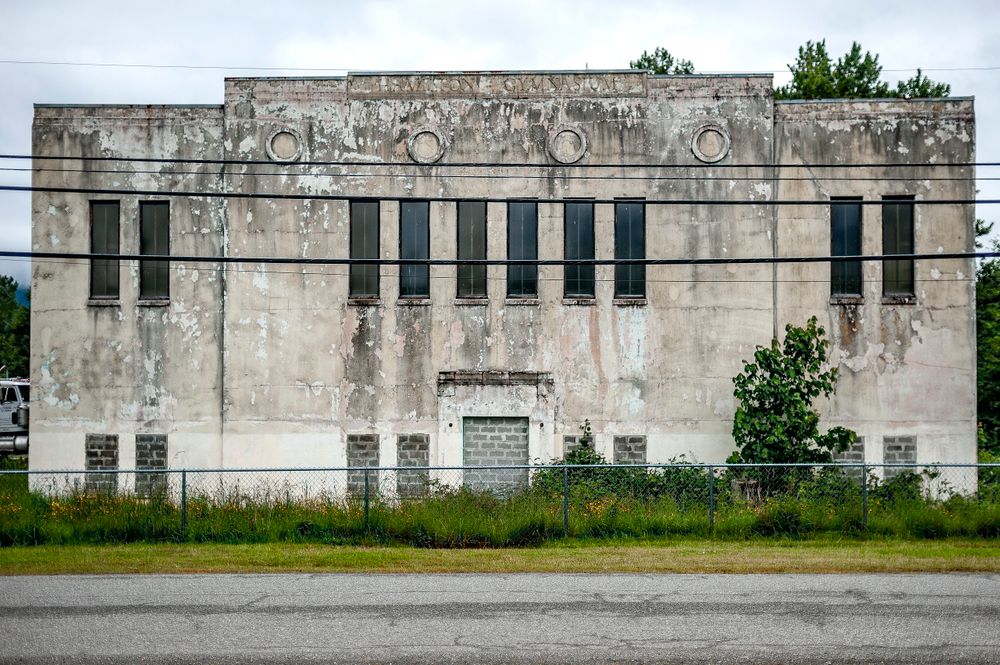 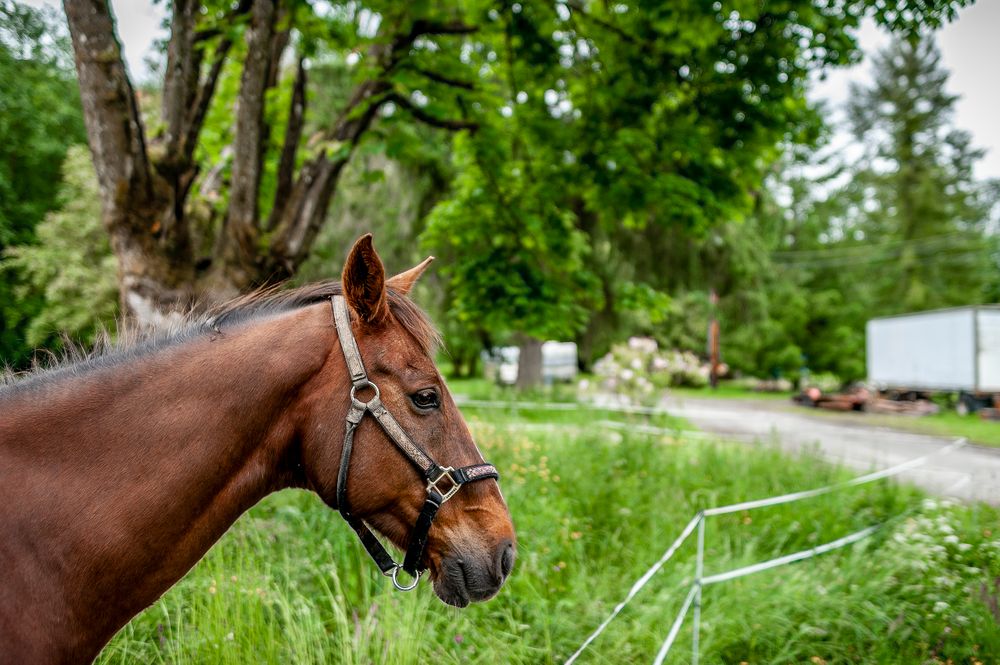 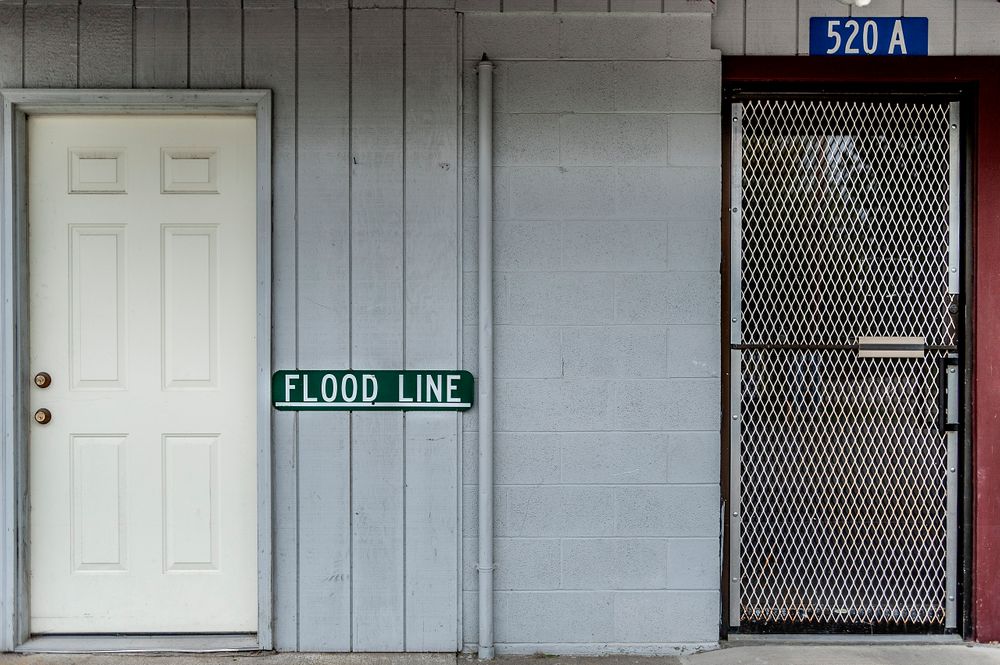 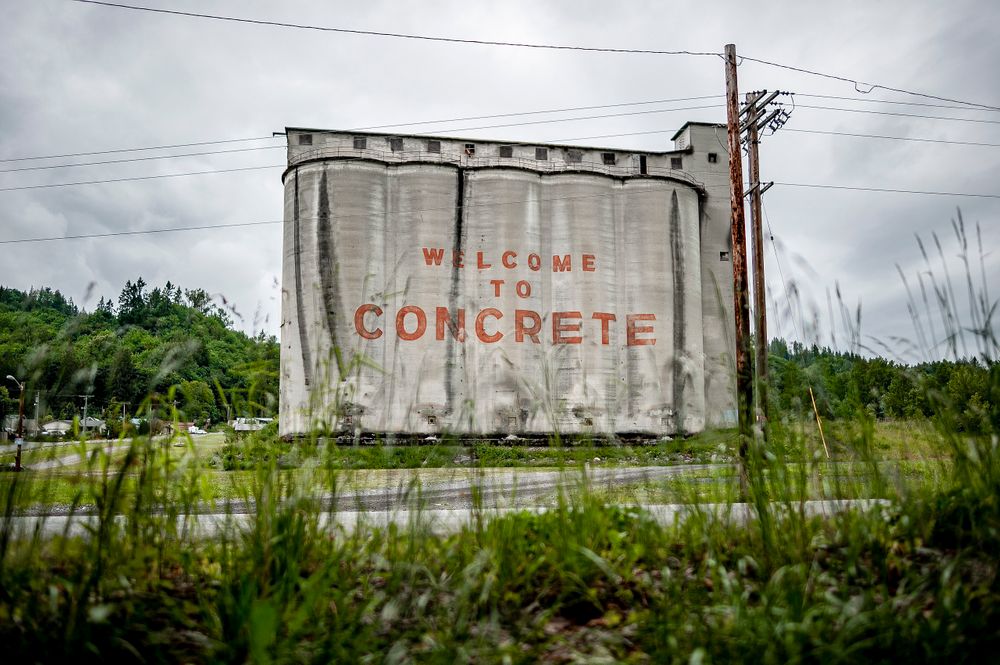 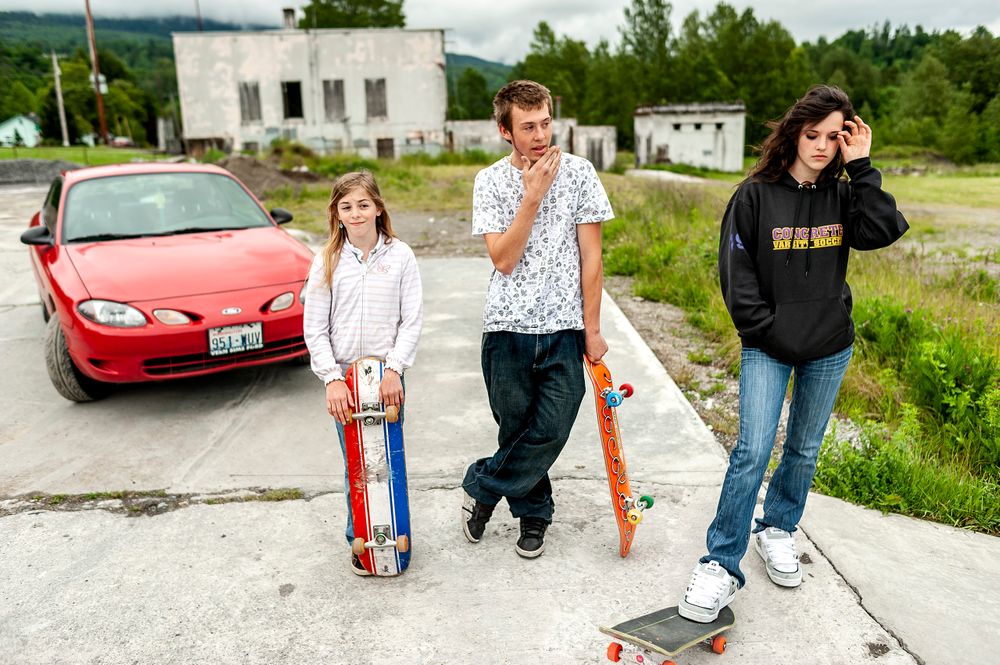 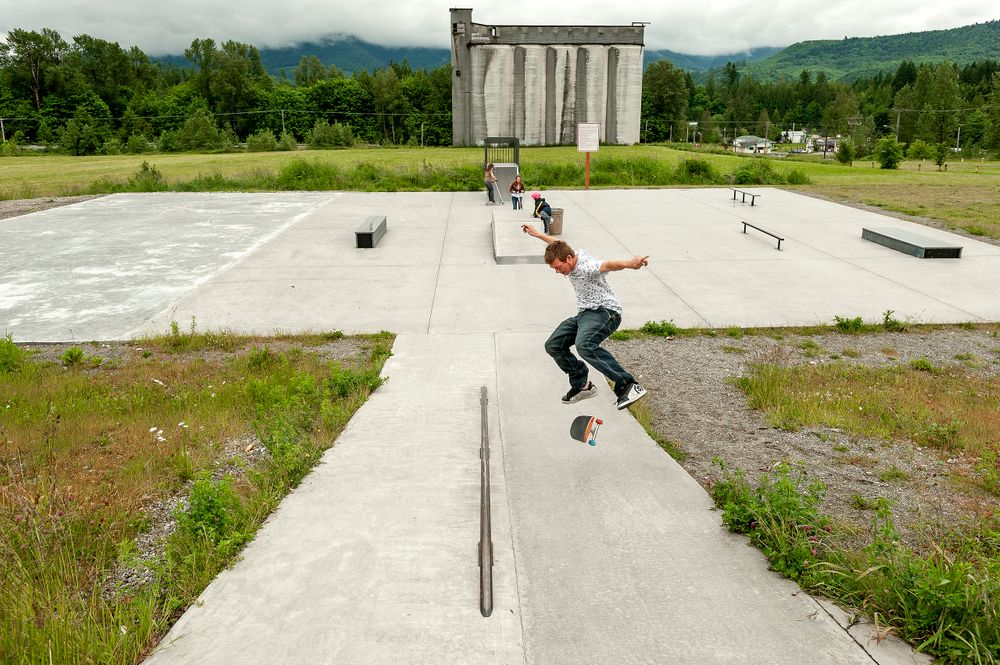 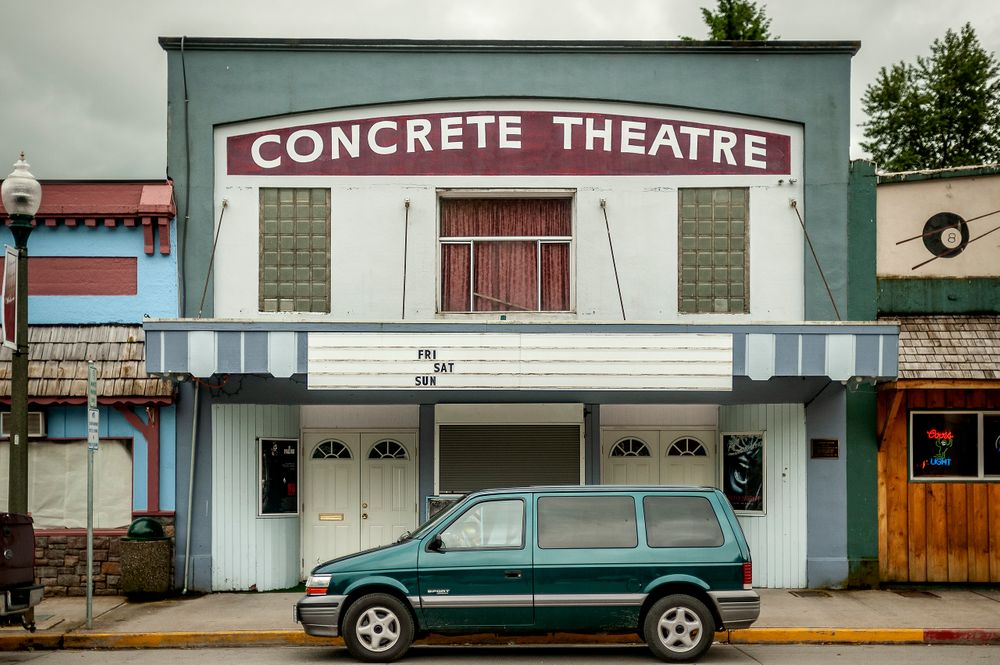 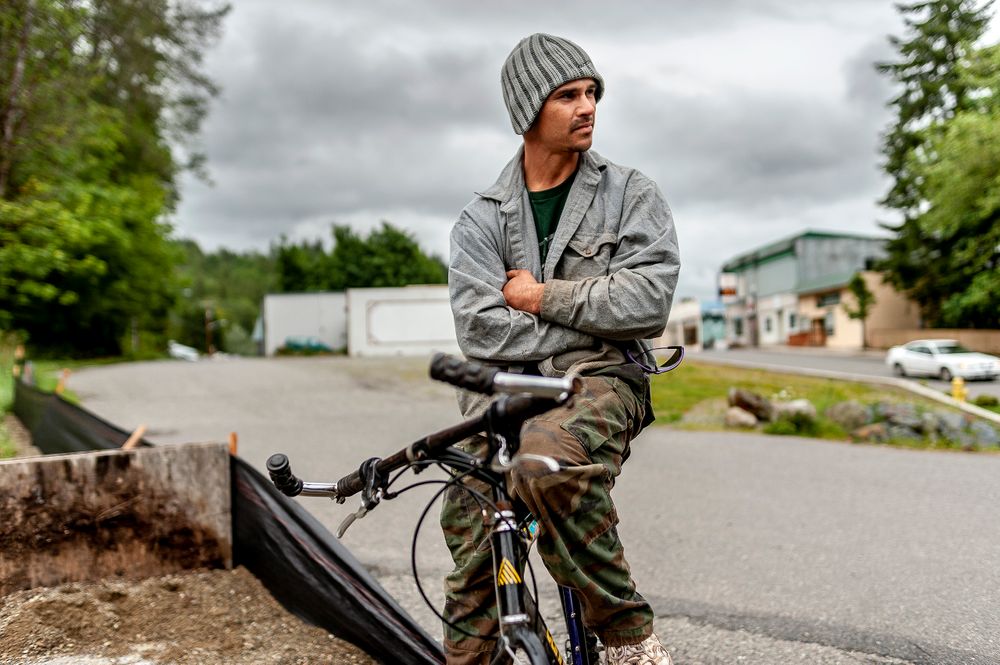 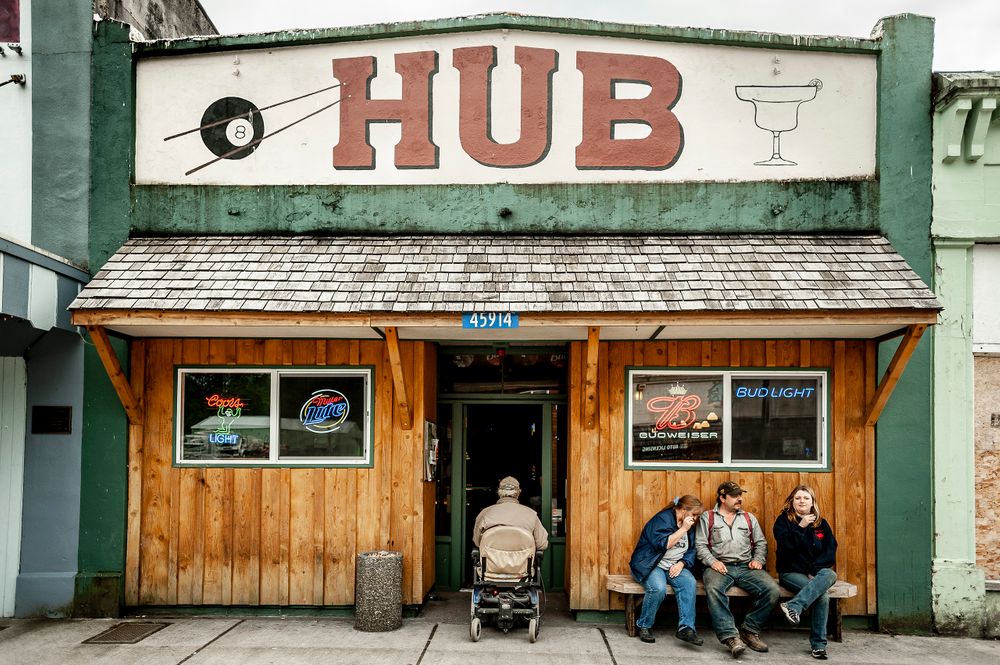 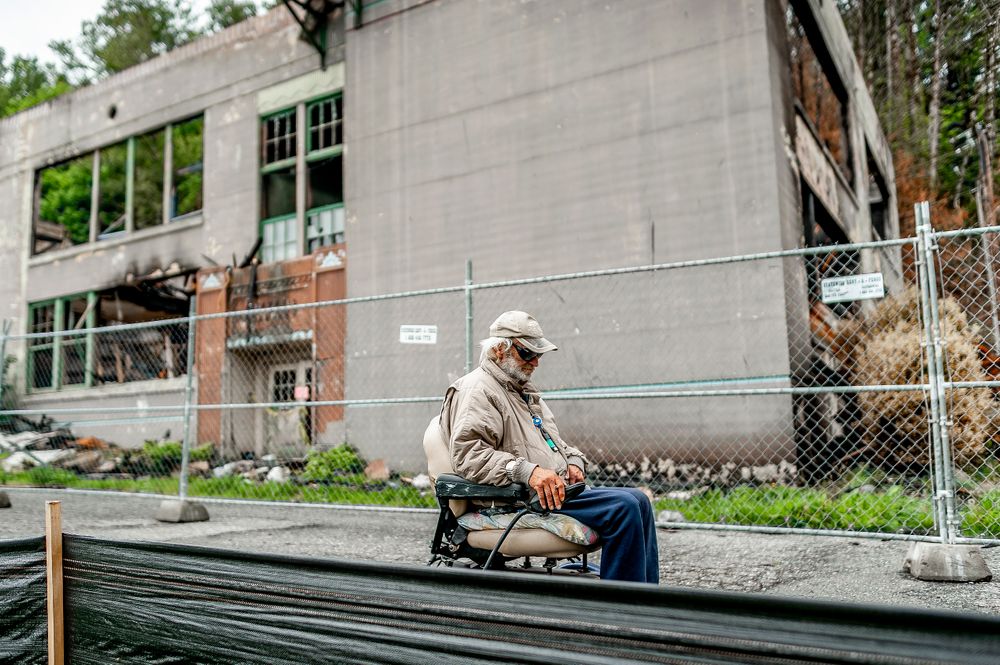 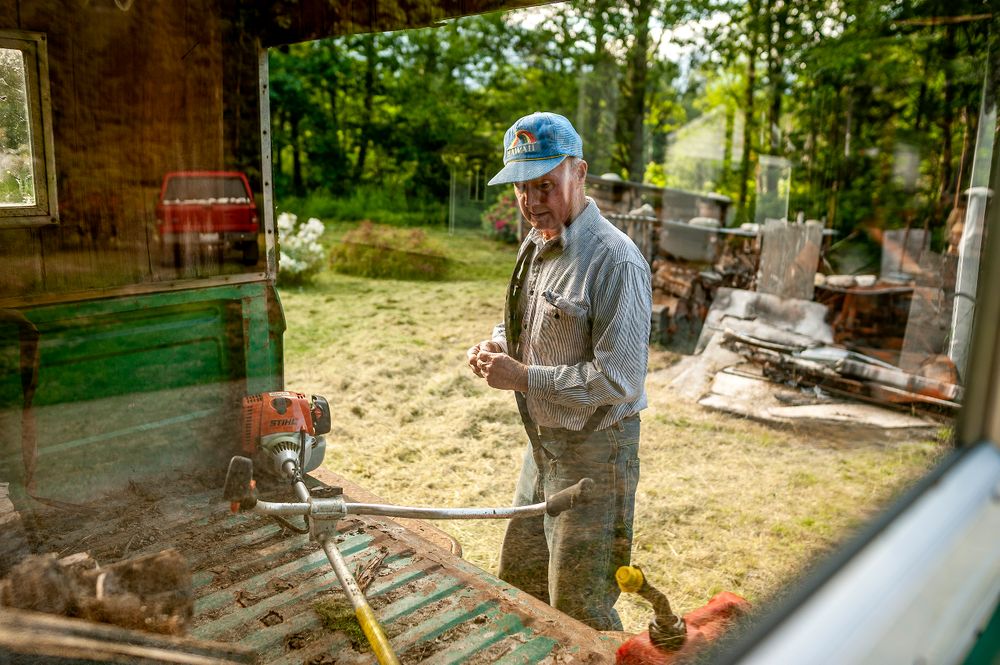 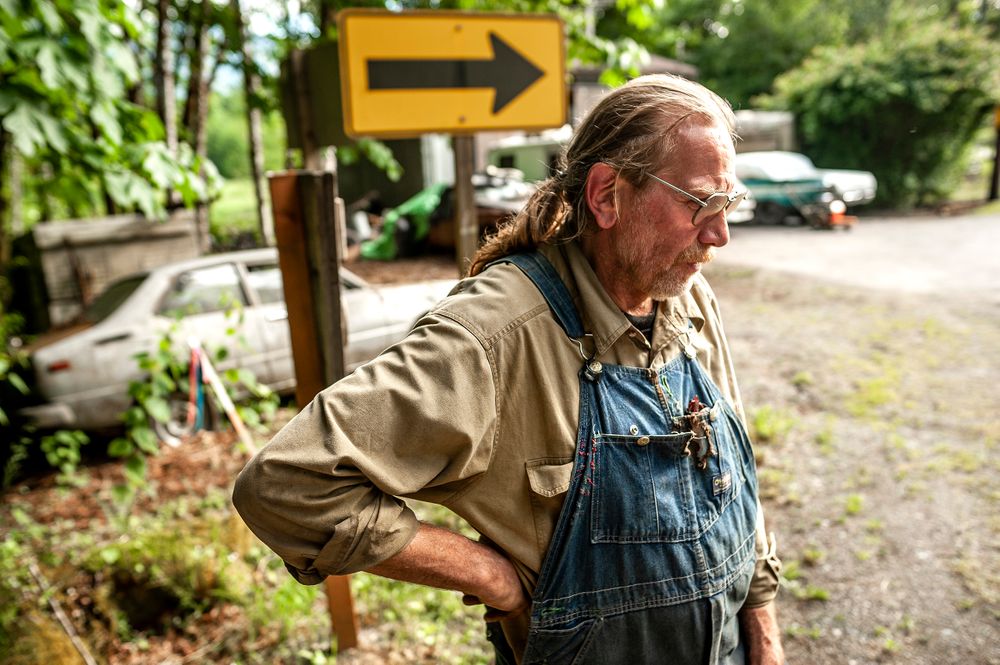 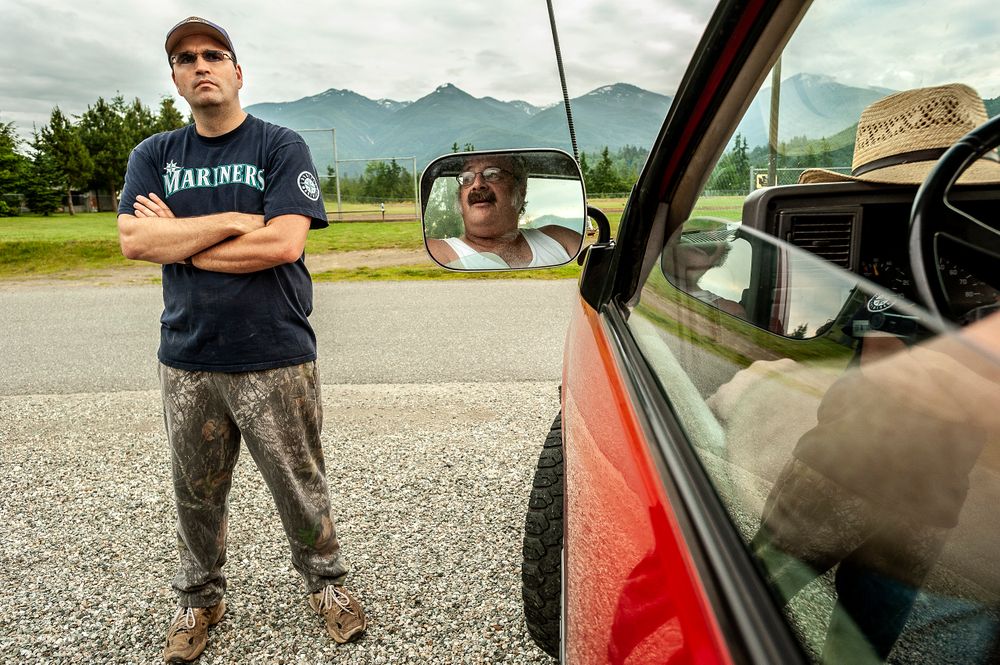 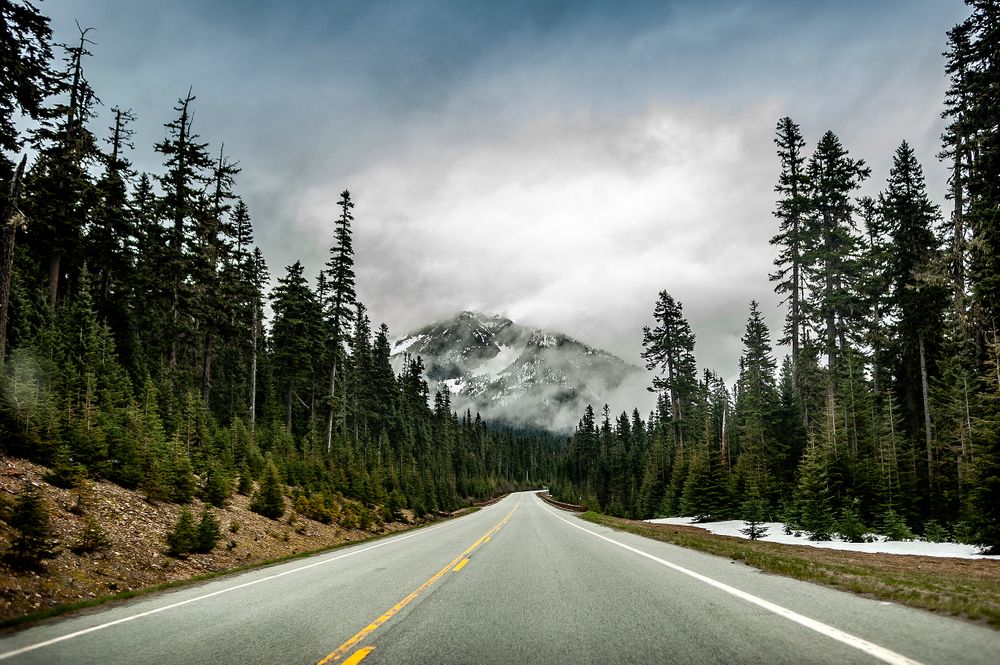 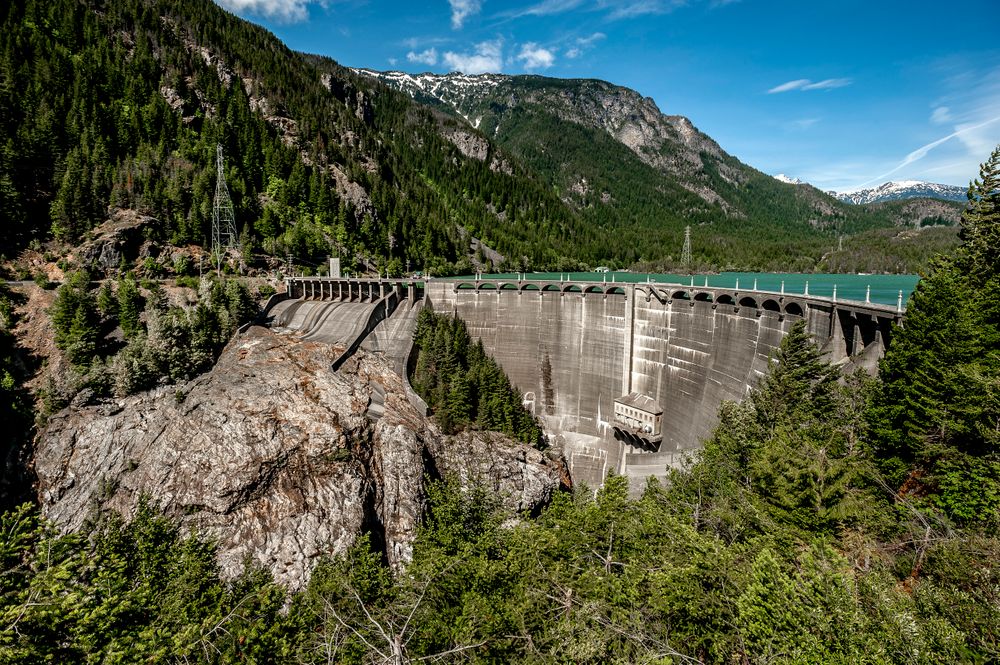 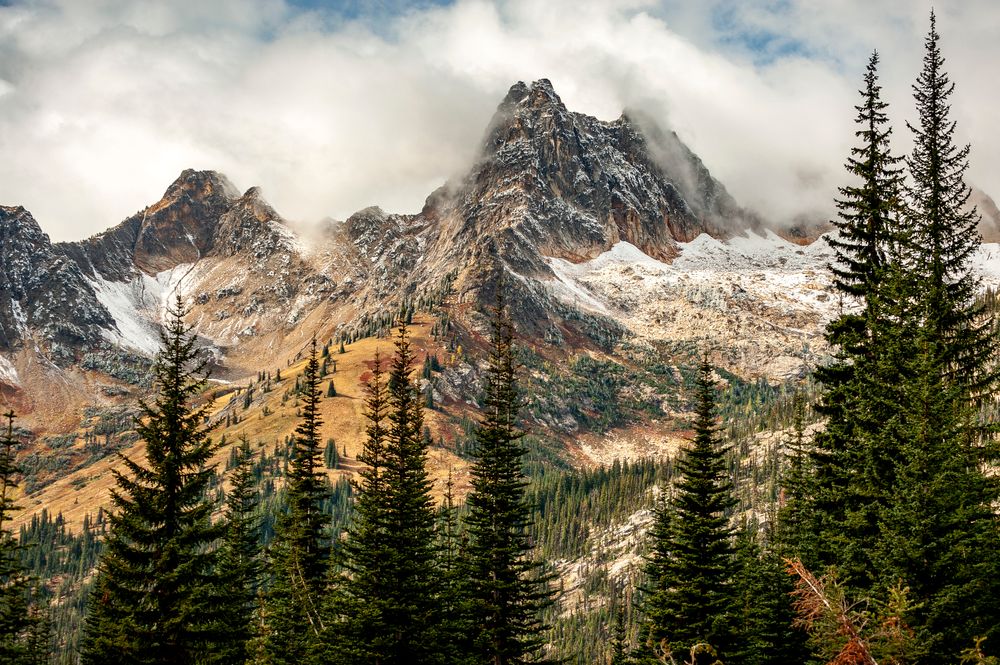 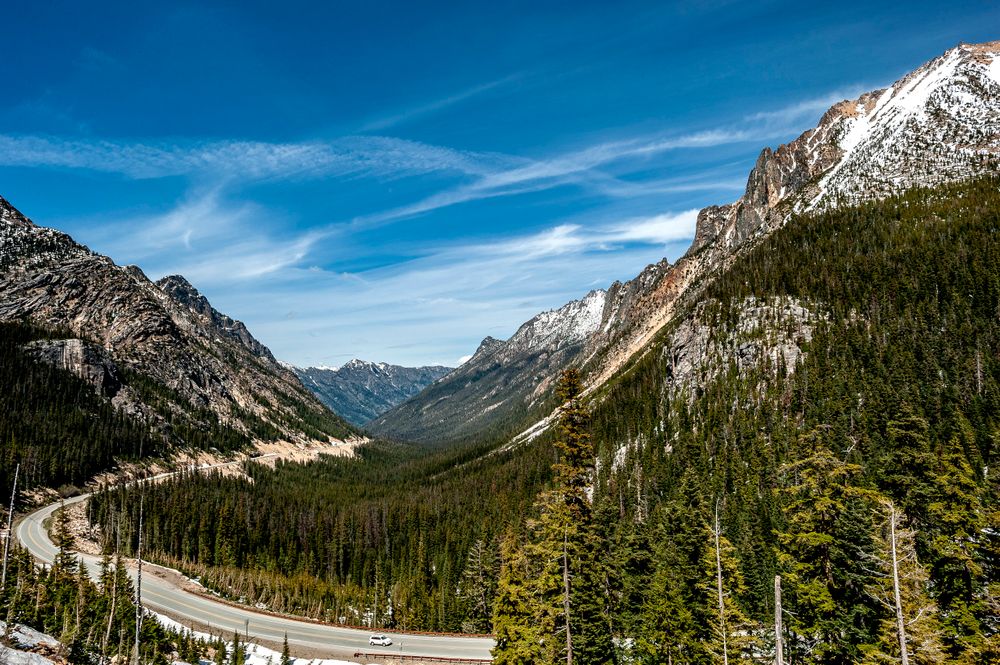 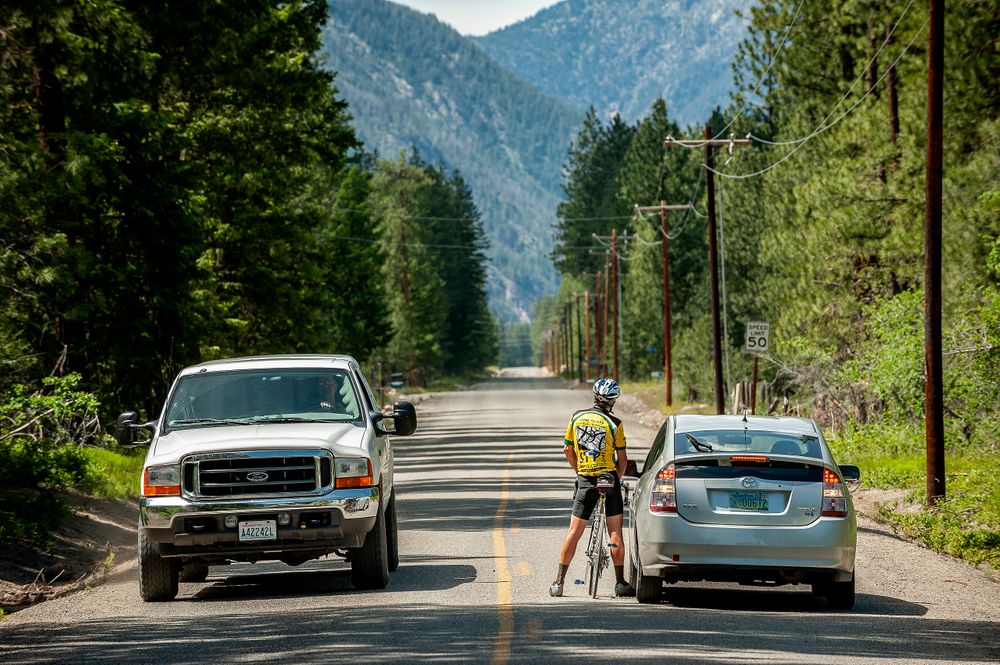 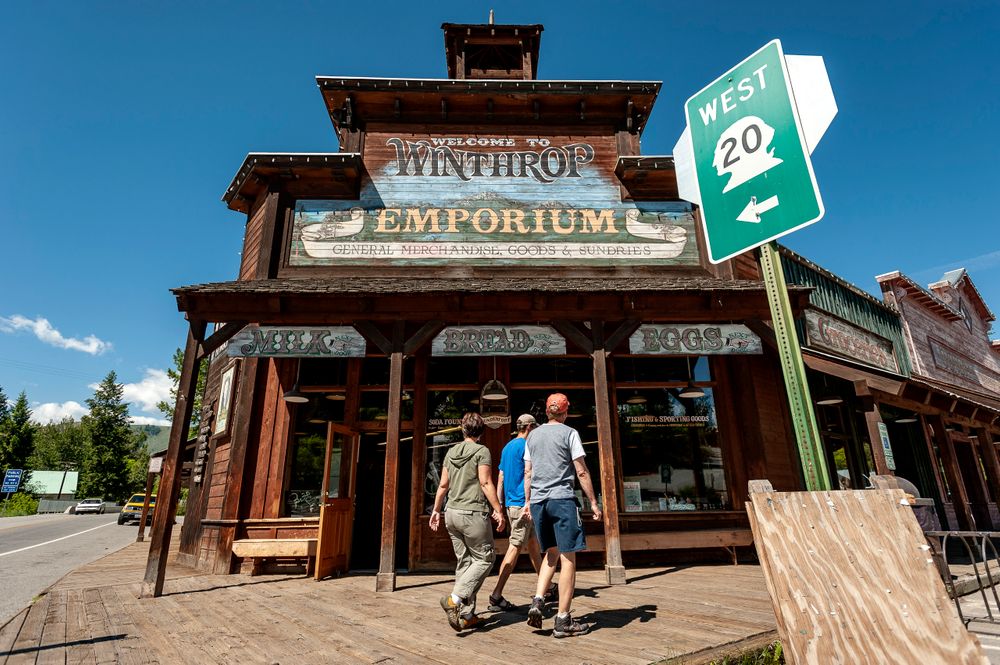 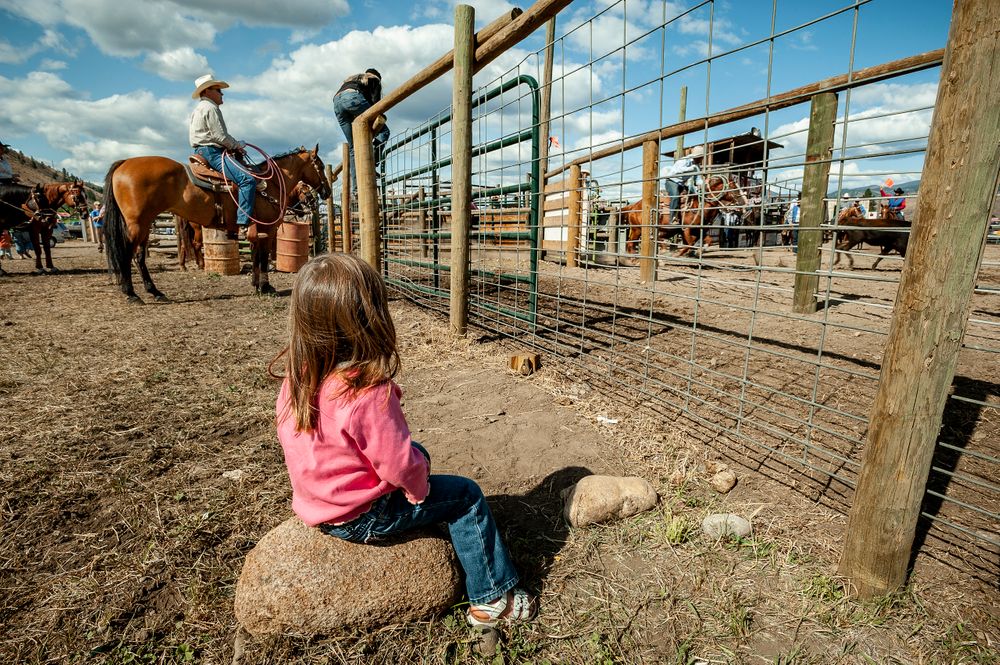 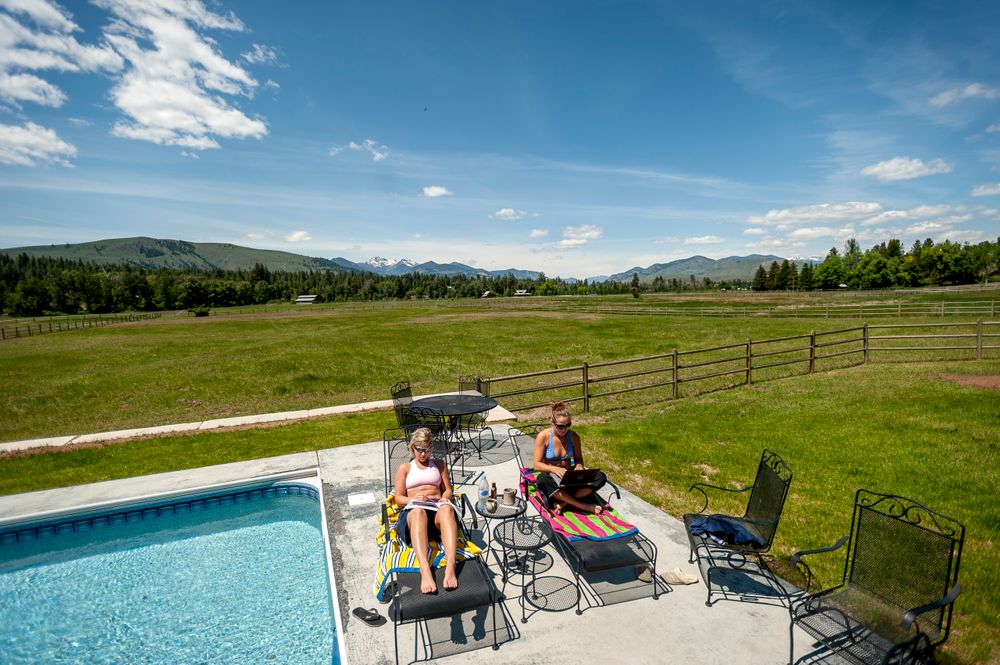 WINTHROP, Wash. — They were still wearing Stetsons and spurs, not the tight cycling shorts you see these days, when a writer dispatched by the federal government during the Great Depression reached the end of the road here in the North Cascades.

Winthrop — population 365, altitude 1,765 feet, the town at the “end of hard surfacing” — was soon committed to paper, as were thousands of other rural outposts and urban areas across the country in the 1930s and ’40s.

Writers, photographers and editors, some as famous as Saul Bellow, Zora Neale Hurston and Eudora Welty and others long forgotten, earned as little as $20 a week to produce a series of travel guides about America.

“On weekdays and special occasions, these trading centers take on the appearance of pioneer towns, with hitching rails, haphazard sidewalks and crude plumbing,” the Washington State guide said of Winthrop and other towns in the Methow Valley. It went on to describe “riders on horseback, buckboards and buggies, and men with tanned faces and alert eyes in chaps and spurs, or blue jeans and Stetsons.”

Seven decades later, Winthrop is just a quick trip across the North Cascades Highway — an escape for Seattleites seeking the dry light, a reprieve from the gray and wet they know best. Car-roof racks carry mountain bikes, kayaks or cross-country skis, depending on the time of year. Twenty-somethings slouch in for espresso. Middle-aged couples browse bookstores.

“The sun shines over here,” said Dave Sandoz, the building official for Winthrop and its neighbor Twisp. “That’s the big thing. That makes people happy.”

Retracing some of the routes of the American Guide Series, with the old books as companions, reveals how much the nation has been reshaped, from the decline of bustling manufacturing towns in New England to the rise of California into a global center. The guides were conceived as part of a jobs program, born of President Franklin D. Roosevelt’s Works Progress Administration. But they became something more: literary windows into an era and its aspirations.

Scott Forrester practiced at a skate park in Concrete, Wash., near an abandoned silo, a remnant of a plant that closed in the 1960s. Stuart Isett for The New York Times

The push here, for example, was for more commerce, more logging, more farming — progress as many saw it then. Now, it’s all about enjoying the scenery.

These days the Depression-era guides are experiencing a resurgence of interest. At the Library of Congress, thousands of photos, manuscripts and audio recordings dealing with the Federal Writers’ Project and the New Deal have just come online. Here preservationists have revisited many of the places in the Washington State guide — a 687-page volume, first published in 1941 — and created an interactive modern-day travel companion.

“I don’t know if Kerouac was reading these things before he got started,” said Chris Moore, field director of the Washington Trust for Historic Preservation, which produced revisitingwashington.org. “But that’s the equivalent.”

Ask residents today what has most transformed the Methow Valley and the answer comes quickly: “the road.” The North Cascades Highway, also known as State Road 20, opens when the snow melts each spring, instantly connecting what the mountains divide: ancient forest and high desert, big city and small town, legacies of logging and ranching, a route for tourists and the untoured.

“It’s the organic, hipper valley now, granola dispensers here and there,” said Ryan Peppler, 28, who sells and repairs dirt bikes and all-terrain vehicles at Methow Power Sports in Twisp, just south of Winthrop. “They should have a Subaru dealership over here.”

The highway that leads to Winthrop was completed in 1972. The road was debated for nearly a century before it was finally built. Get the cows to market more quickly, mine deeper into the rock: those were the goals for folks in the Methow Valley in the 1890s. Later, the construction of dams on the Skagit River, the primary source of power for the city of Seattle, led to improvements in the road on the west side of the mountains, too.

Back when the guides were being written, touring the engineering marvel of the dams on the other side of the mountains and the rugged beauty of the Cascades was one of Seattle’s great escapes, especially the quarter-mile drive over the 389-foot Diablo Dam, where “plans are in progress to add Japanese flowering cherries, pink dogwood, lilacs, clematis, wisteria, rhododendrons and azaleas to the landscaping on the cliffs,” the guide says.

Tours are still offered, though the message now is to preserve wilderness, not decorate it. To get to the dams back in 1941, you would have gone through the town of Concrete, one of the last major stops before the pavement ended. A cloudy counterpoint to Winthrop on the east side, Concrete earned its name.

“The three stacks of the plant rise against billowing clouds of cement dust and smoke,” the old guidebook says, “and in the dry season the powder-gray dust covers houses, trees and shrubbery for miles around.”

An old federal guide once described Winthrop, Wash., as the town at the "end of hard surfacing." Much has changed since the completion of Route 20.

In the 1960s, before the highway was completed, the concrete plants shut down, but the giant silos still dominate the landscape. Concrete had a bit more than 800 people when the guidebook was published. The number has declined slightly, with no new industry to help it grow. Clear days, when Sauk Mountain reveals its snowy summit, are few. The steady gray, including about 70 inches of annual precipitation, has not made it a second-home hot spot.

While Winthrop apes Western roughness, Concrete cannot escape it. Some of the old silos now stand at the center of Silo Park, where kids skateboard amid the ruins.

“I hate that thing — it’s so ugly,” said Scott Forrester, 17, taking flight from a ramp after classes on the last day of school.

Scott, who works at a Jiffy Lube in a distant suburb of Seattle, was among many people who talked about the challenges of living in a town still trying to find its way in a new economy, a place where methamphetamines are a scourge, where the school population is shrinking.

Still, Concrete had its Hollywood moment. The words “Welcome to Concrete” were painted on the most prominent silos in town as a backdrop for the movie “This Boy’s Life,” based on a memoir by the writer Tobias Wolff, who spent part of his youth here.

Winthrop, too, once a mining hub, is something of a stage set. Its declining main street was re-themed with Old West storefronts and wooden sidewalks in hopes of a boom after the highway’s completion. Locals suggest the change was more of a restoration.

Fewer than 400 people live in the city limits, but faux ranches are rising quickly on the scrubby slopes and in narrow valleys. Town officials say the only thing slowing growth this year is not the weak national real estate market but the limited amount of land for new development.

The main barrier to the new Winthrop is still a natural one, winter. Snow closes the highway’s mountainous midsection from November to May. And although other roads lead here, their routes are longer. That means the transformation of the Methow Valley from Old West to New West slows during the cold months, then sprints ahead each spring.

Back across the North Cascades, Concrete watches the cars go by.

“A lot of people just drive on through,” said Jamie Turner, 40, talking with friends outside Hub, a bar on Main Street. “And they don’t bat an eye.