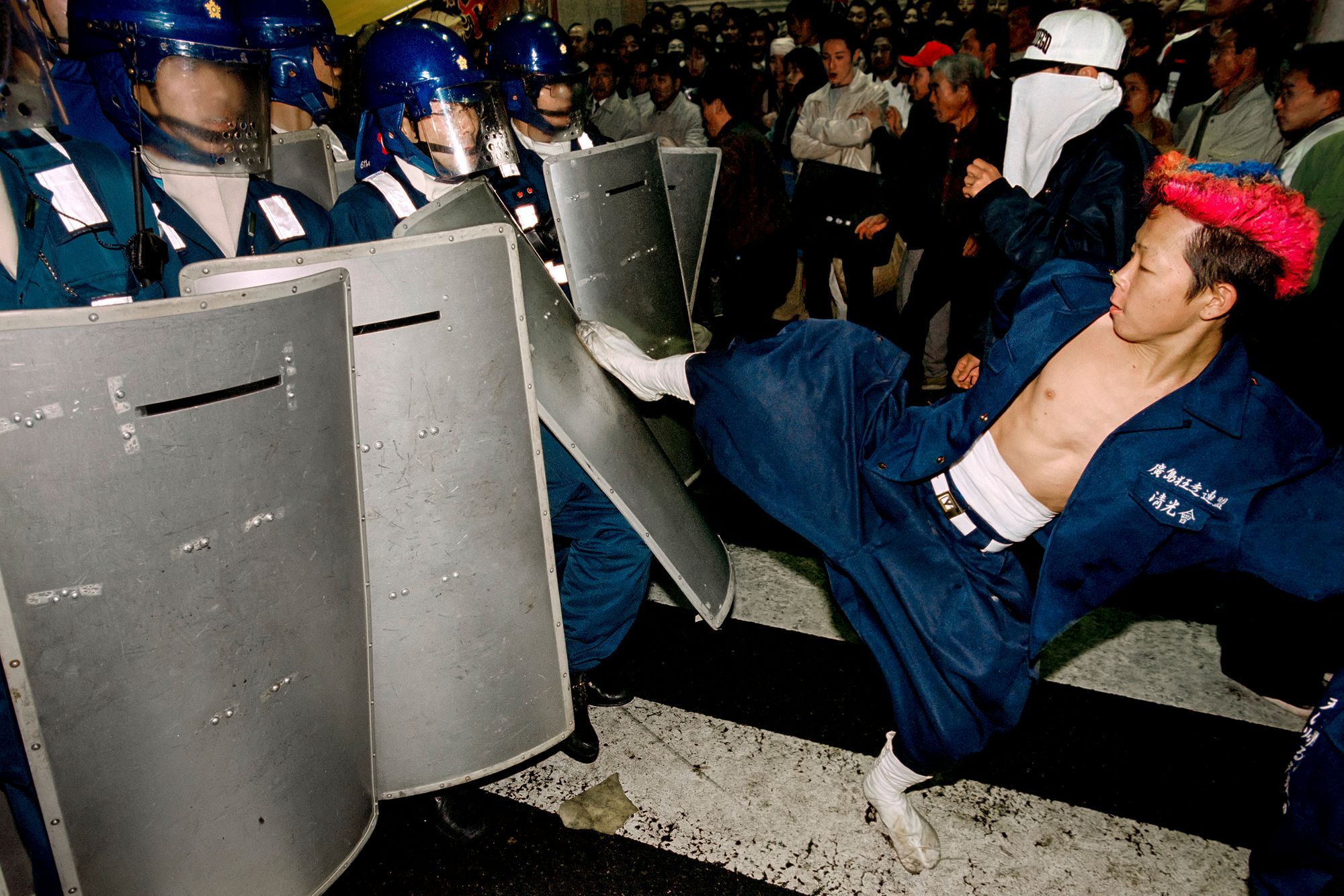 If yankii describes a broad category of disaffected Japanese teens who dye their hair, rock retro American styles and act unruly, the bōsōzoku subset are the tough ones. These motorcycle gangs—known for their traffic-snarling group rides and petty crime—have been around since the 1950s but came to prominence in the ’80s and ’90s, especially in southern Japan’s Fukuoka prefecture. Bōsōzoku are also prime recruits for more serious yakuza gangs and uyoku dantai rightwing nationalist groups, who come from similarly working class roots.

It’s not uncommon to see one of Japan’s numerous uyoku groups protesting or rioting against their leftwing counterparts. Though aggressive, these fights with police are usually more street theater than serious violence, with an implied set of rules dictating how far either side will go to prove their point.

In 1999, American photographer Stuart Isett stumbled upon a group of bōsōzoku staging a full scale battle with cops in Hiroshima. “Apparently it was an annual rite, go downtown and have a smash-up with the cops,” he explains. “Folks were watching from the sidewalks with their kids, it was all very organized rioting, in a way only the Japanese can do.” 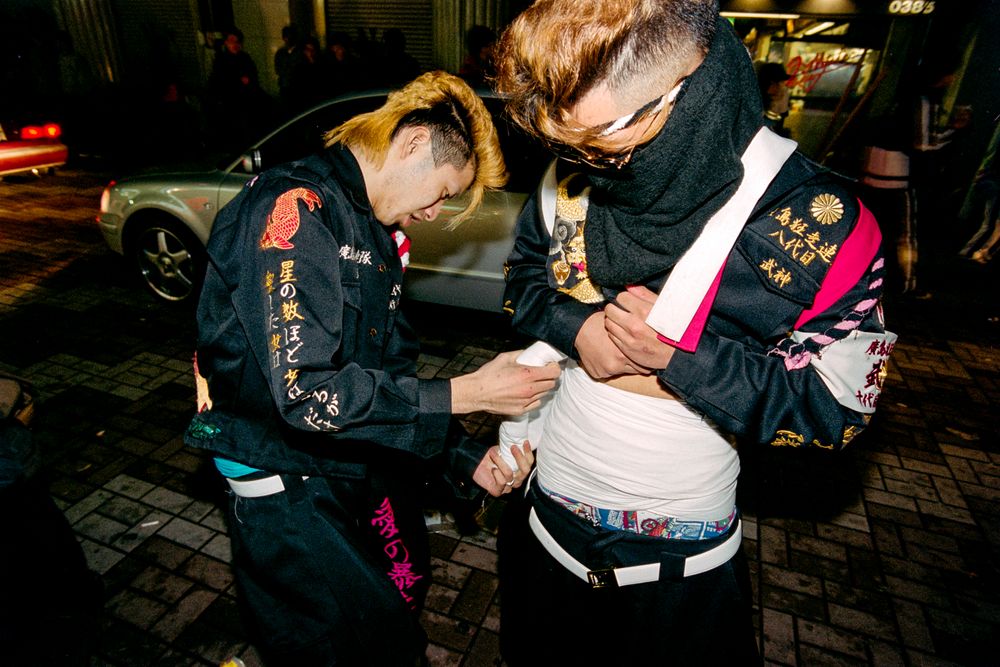 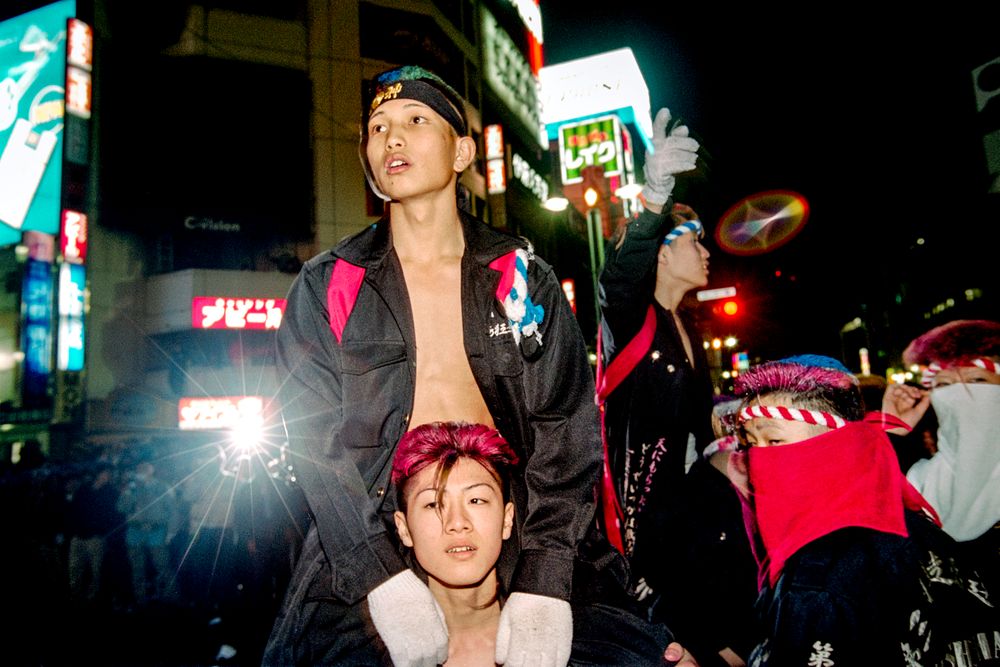 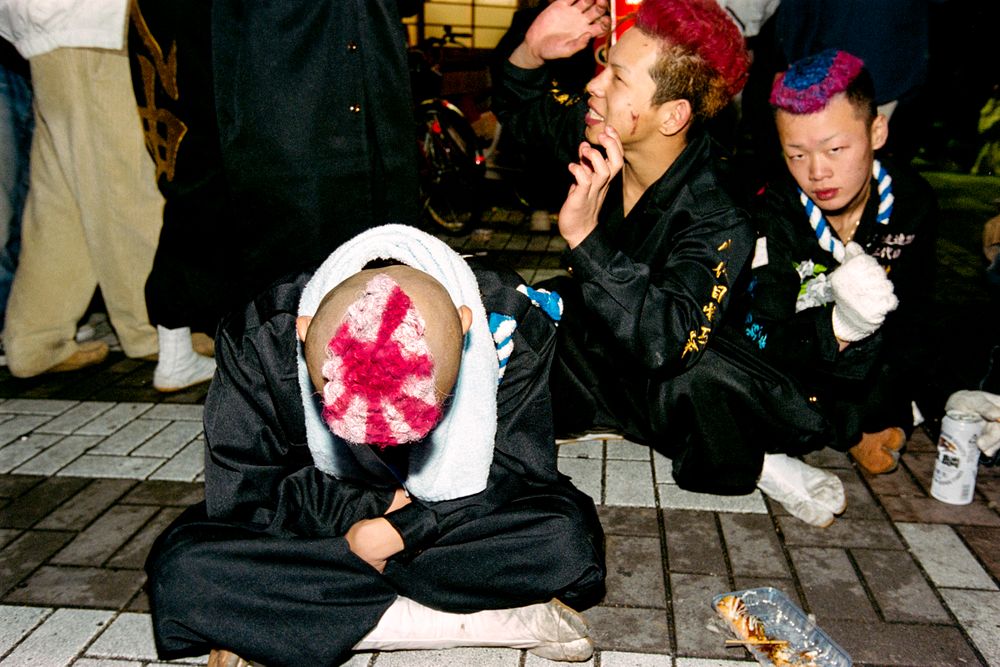 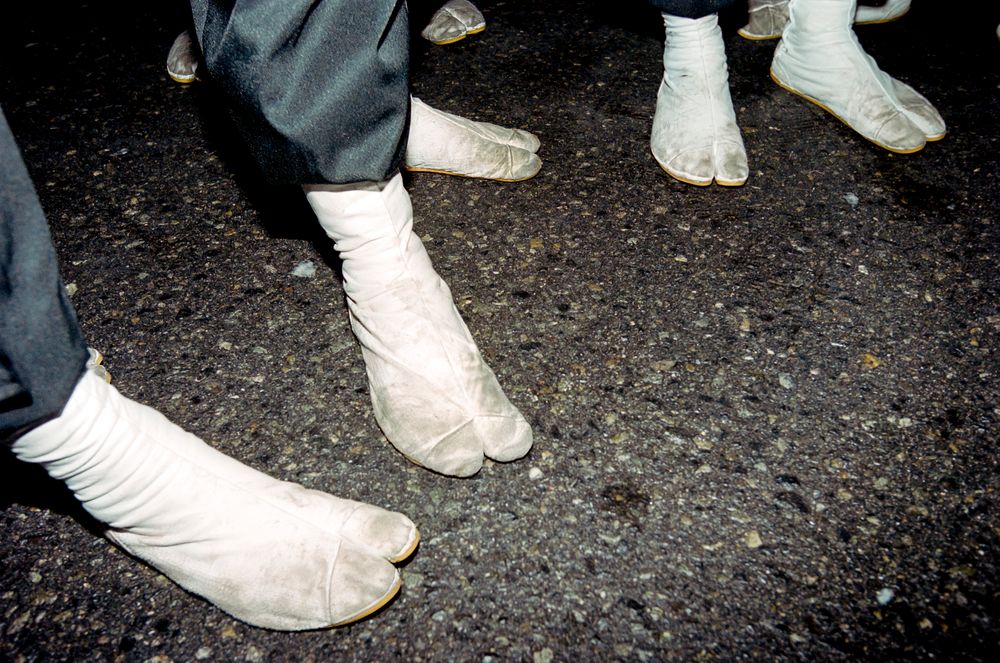 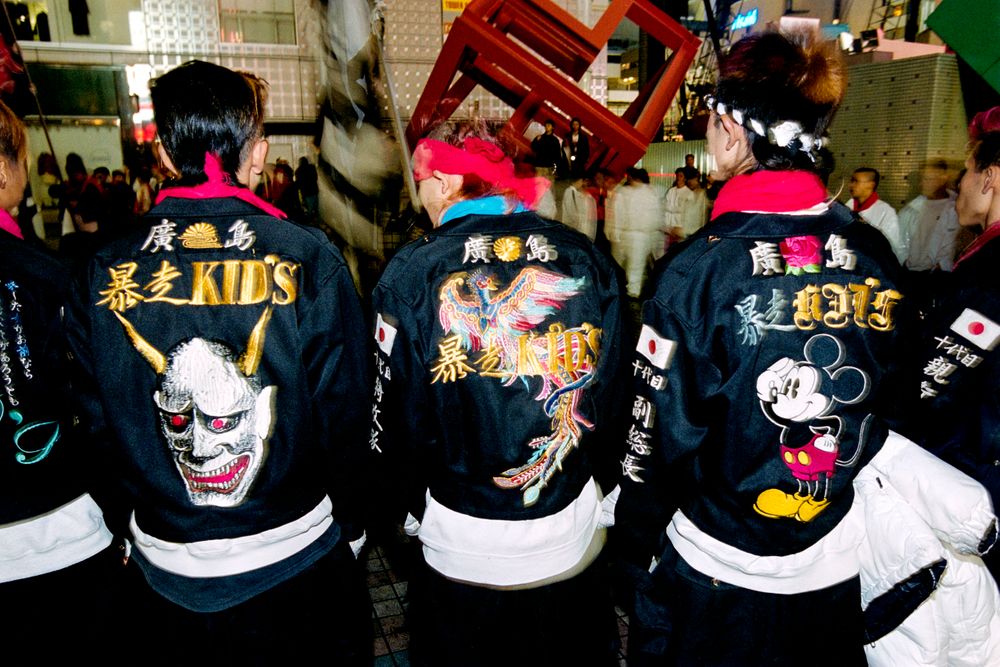 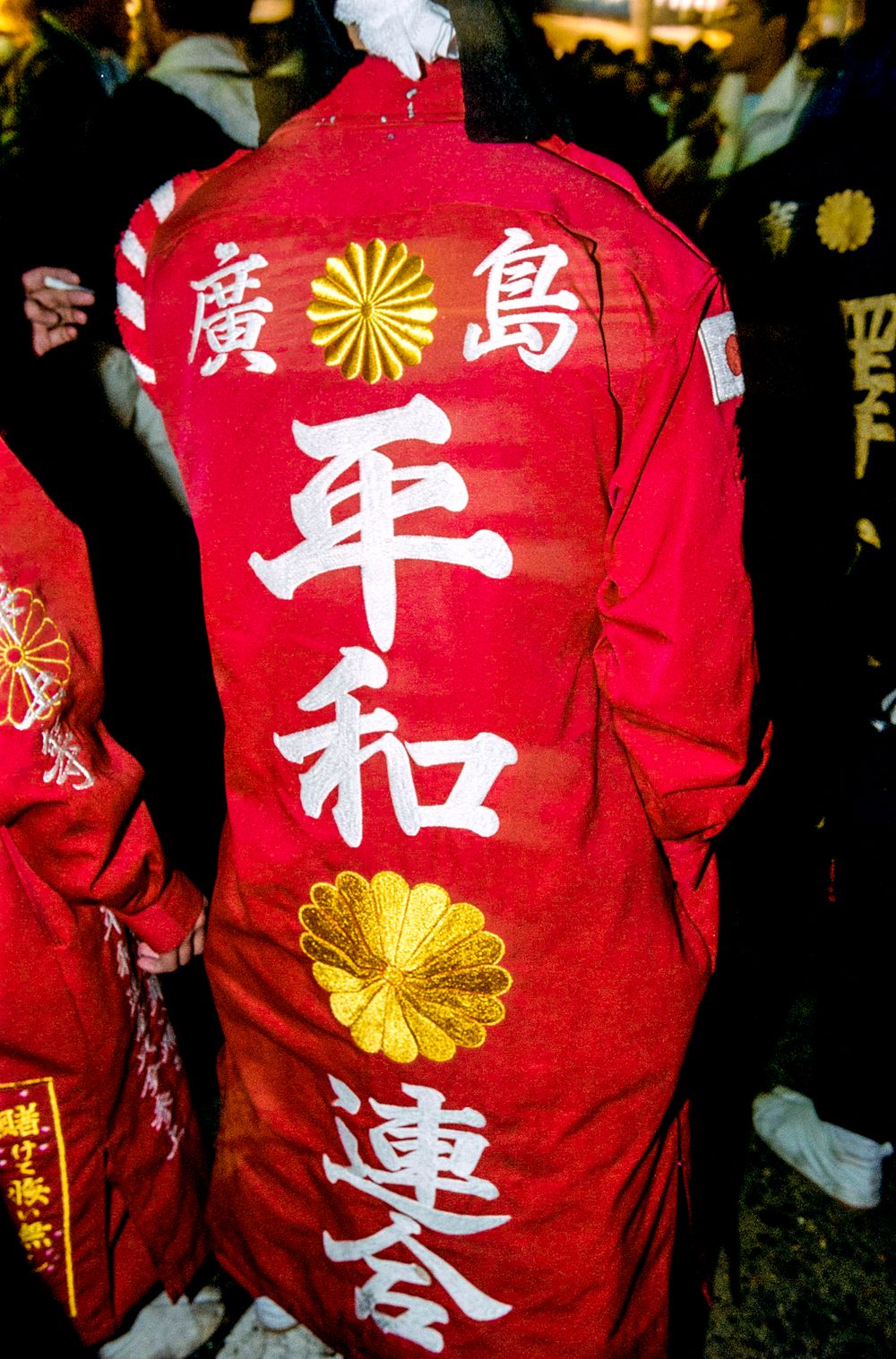 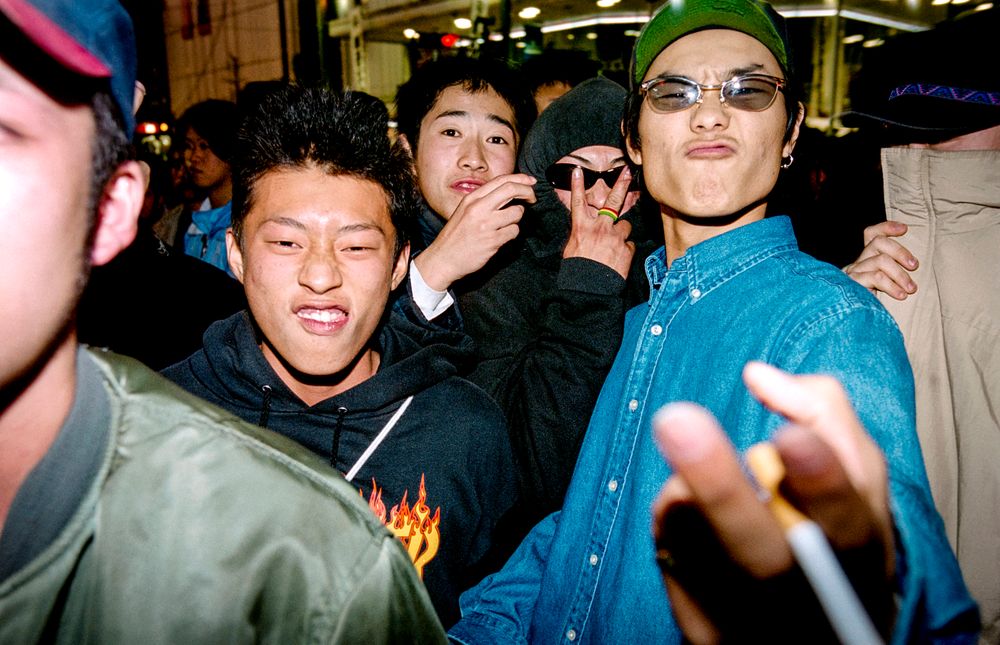 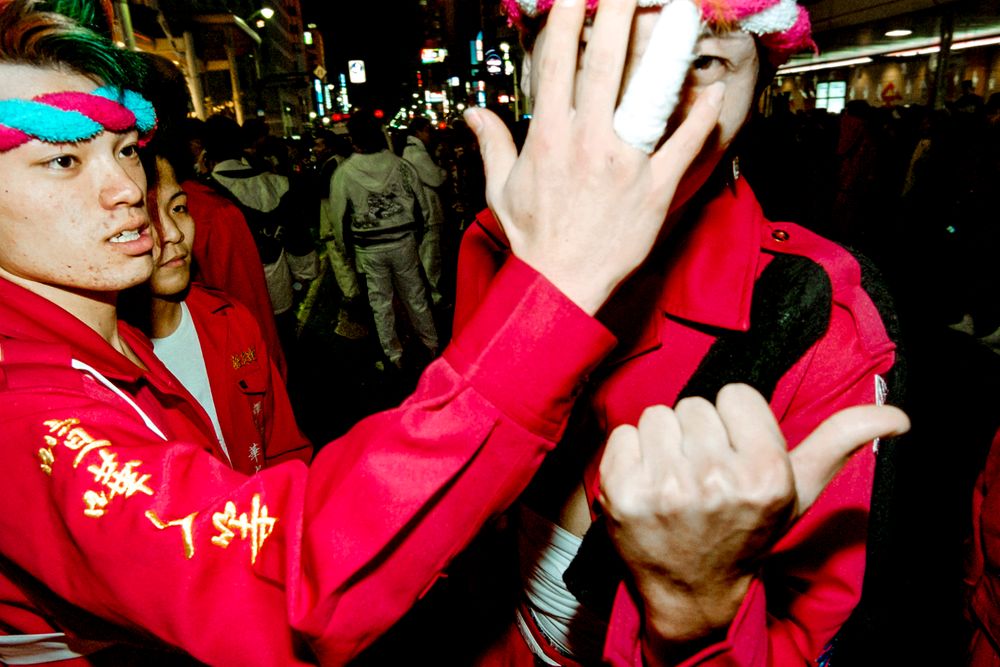 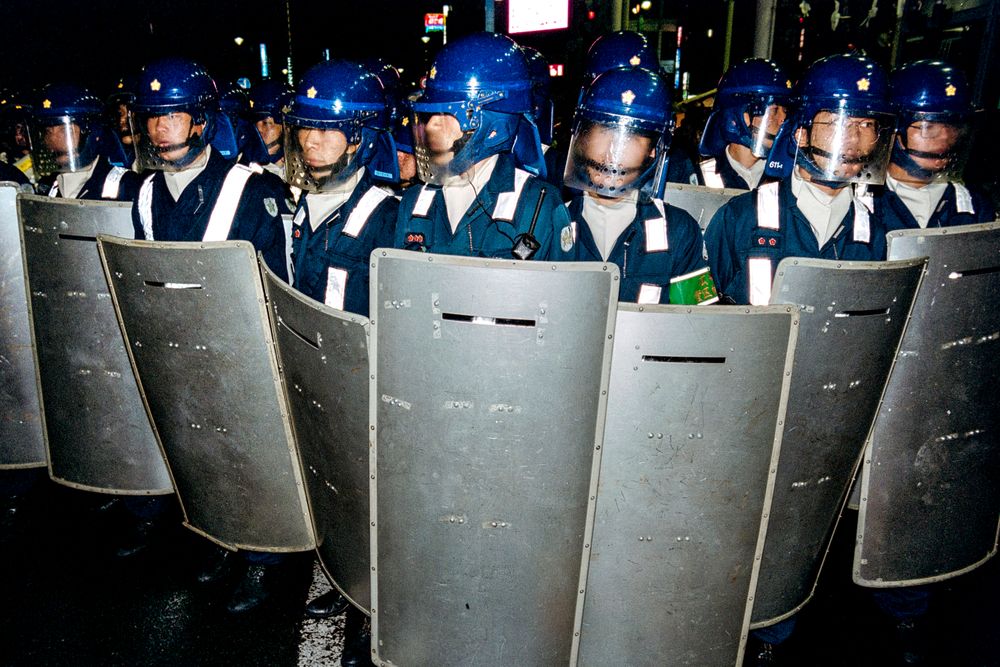 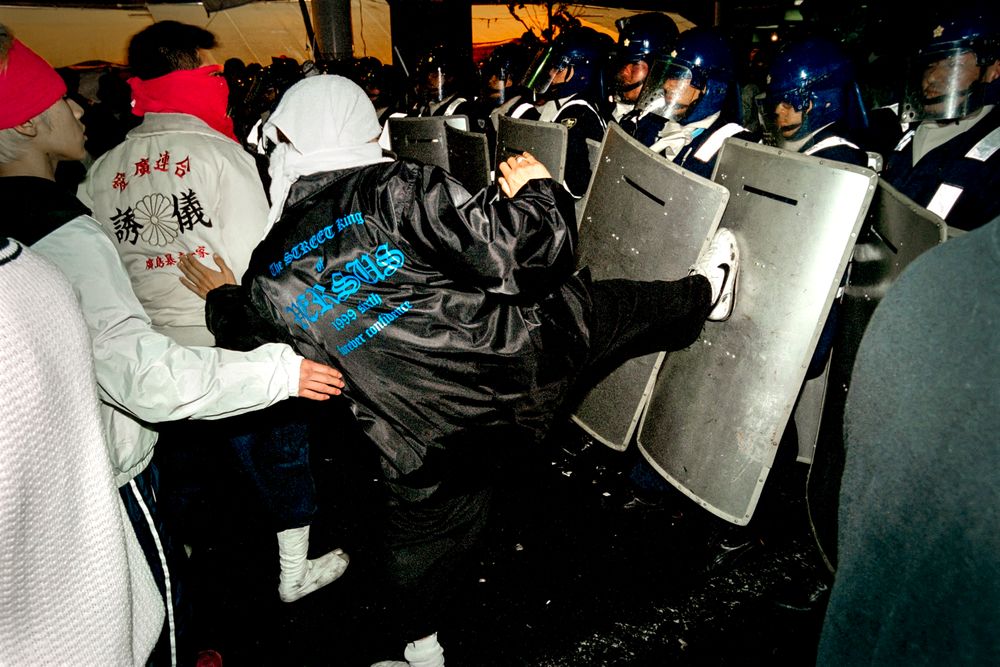 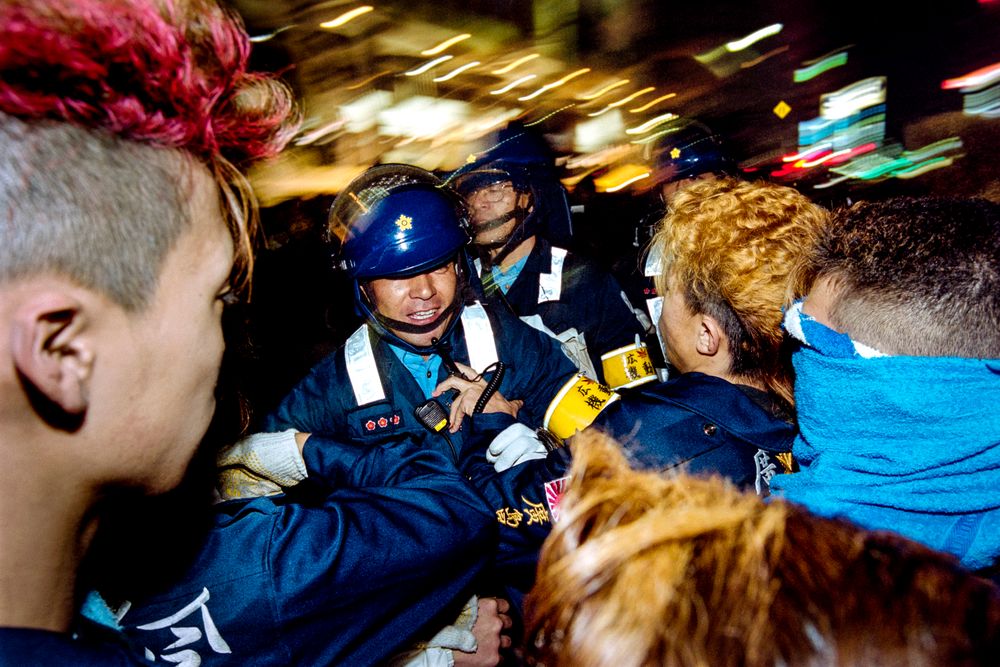 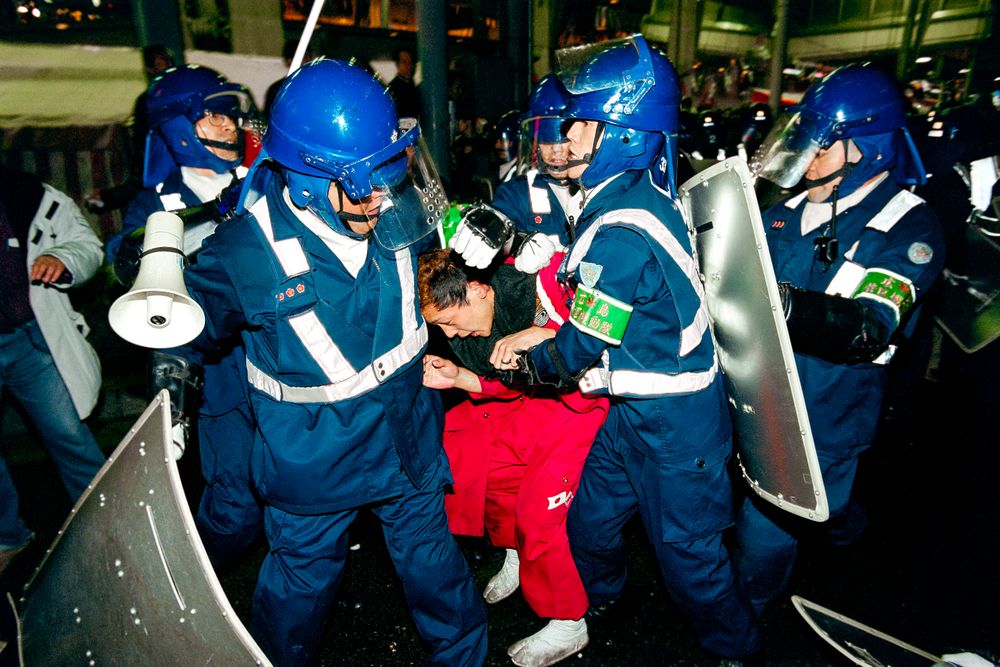 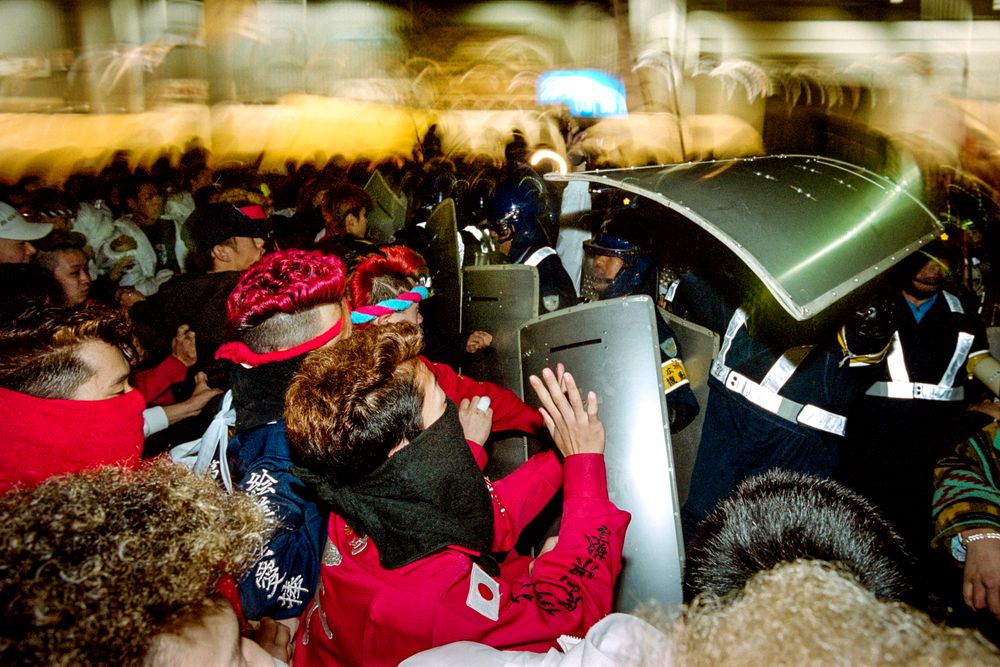 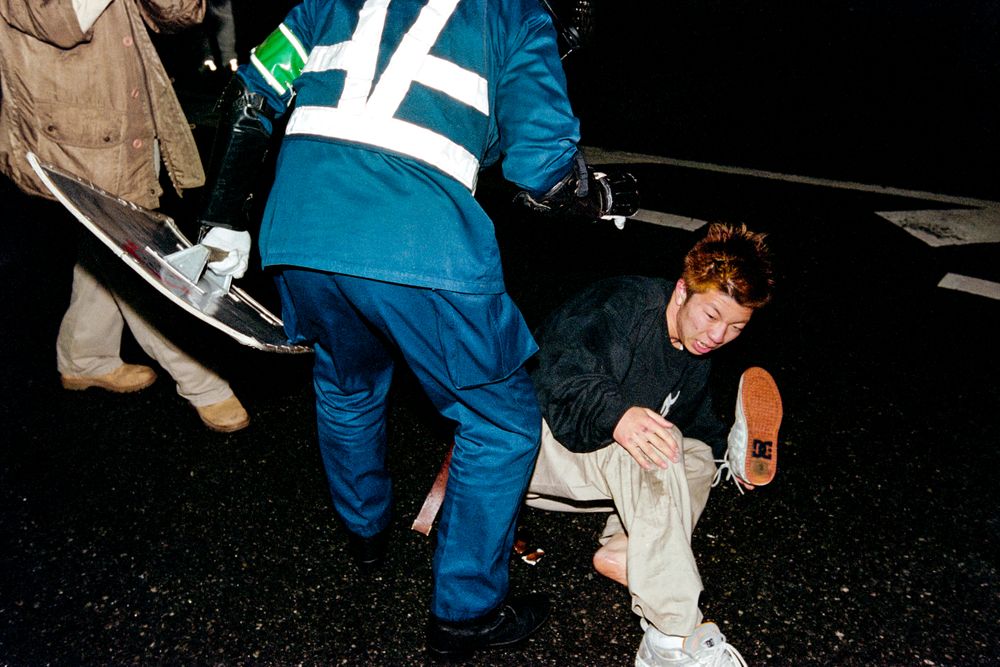 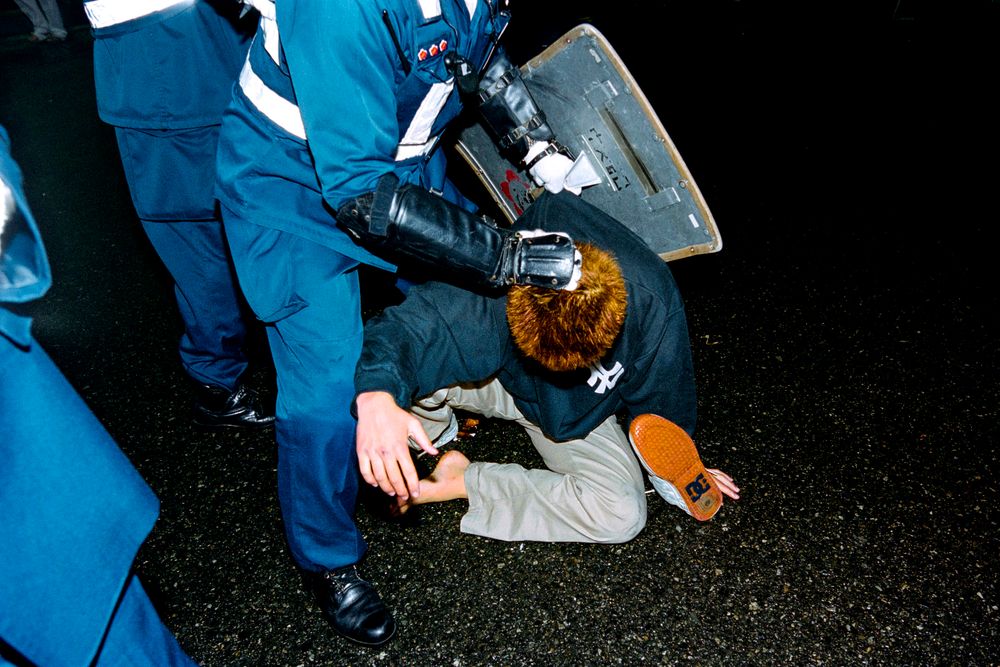 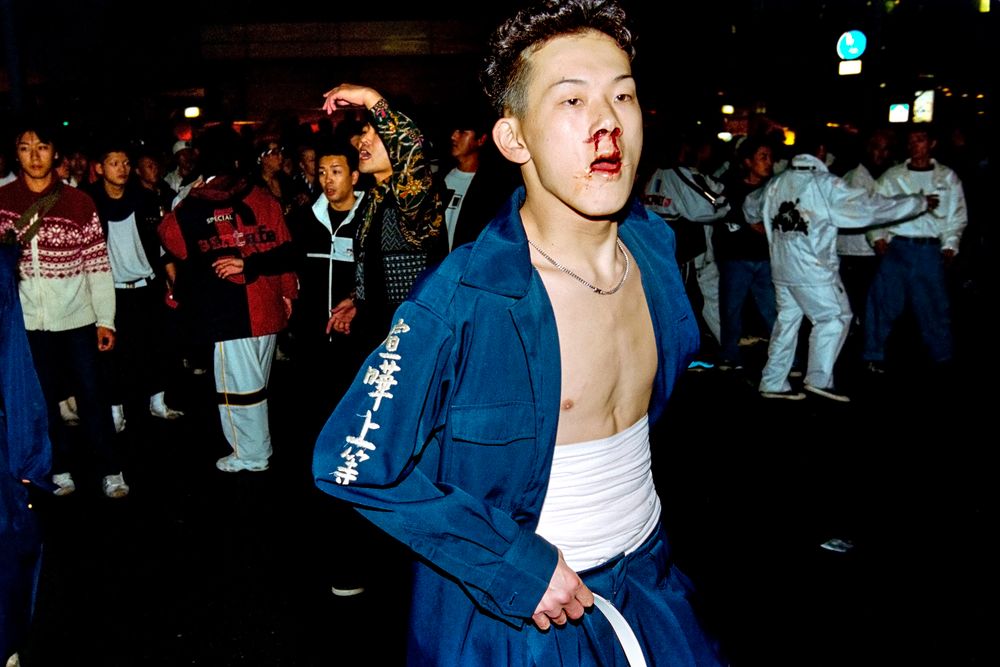 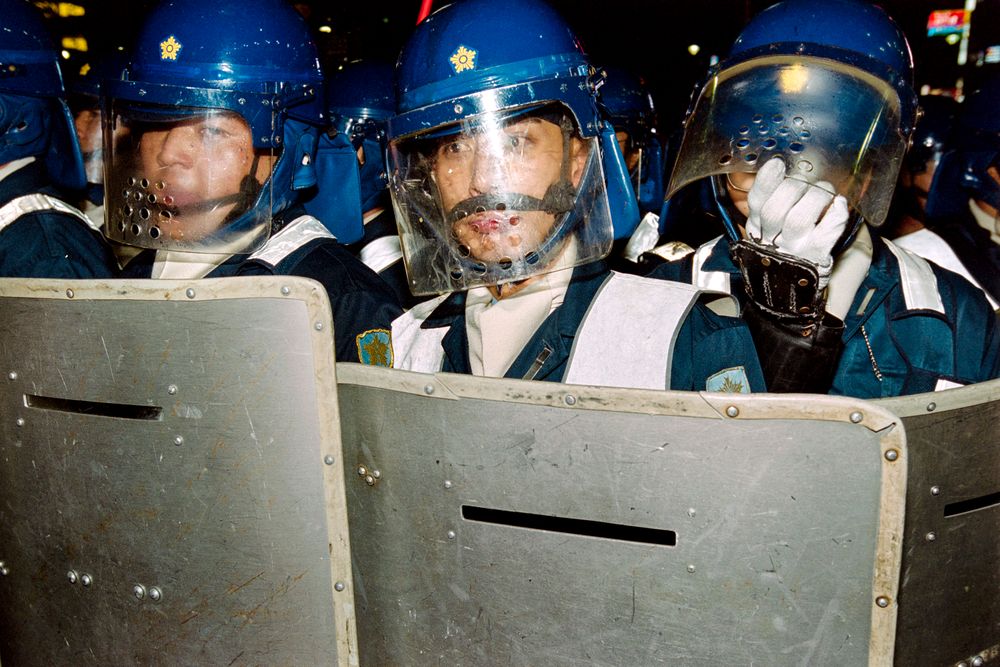 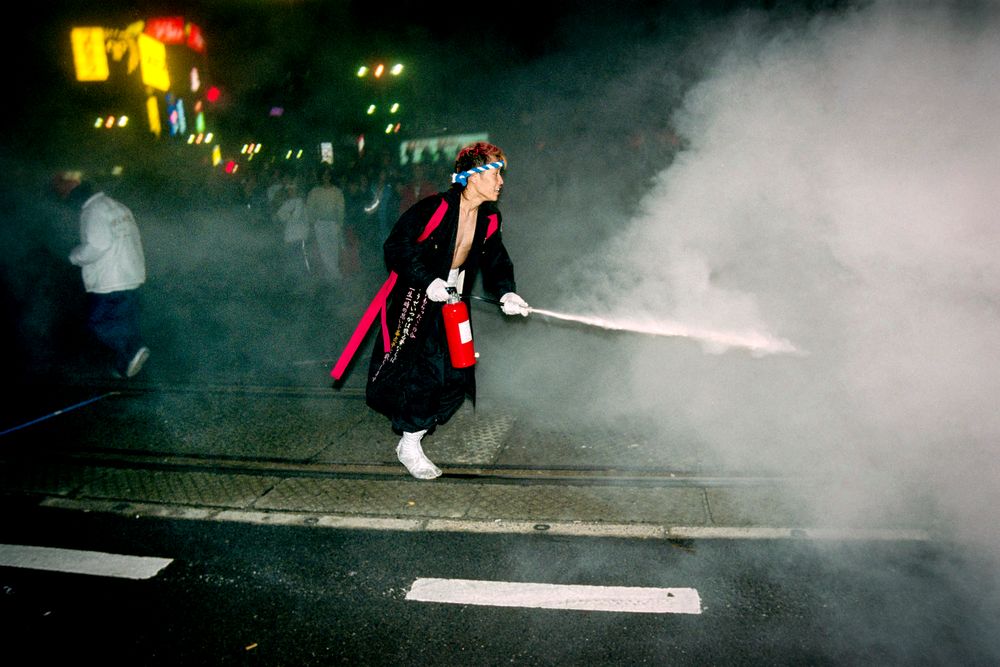 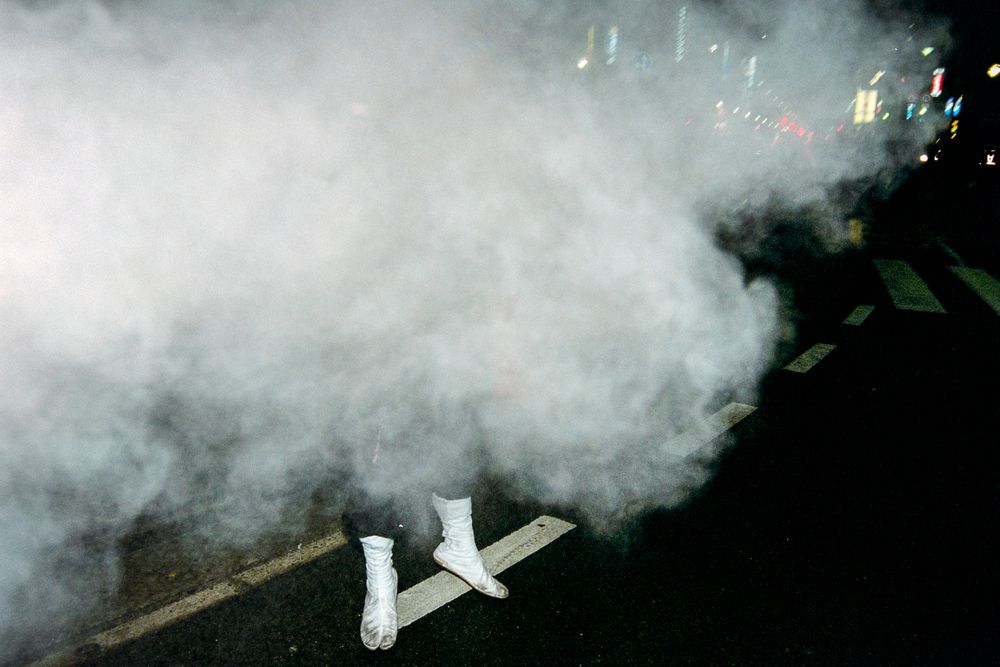 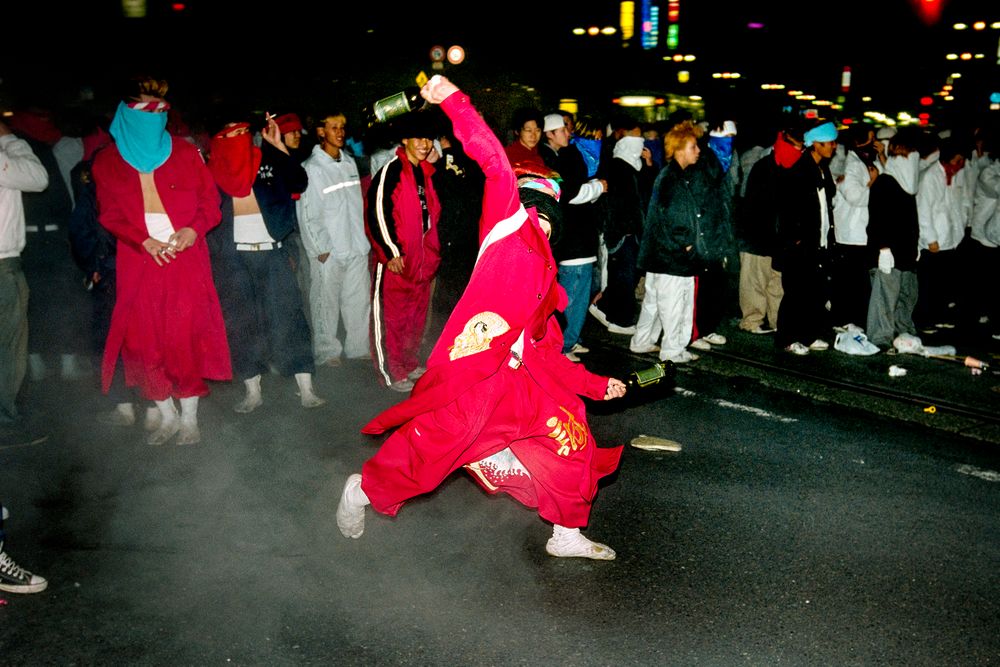 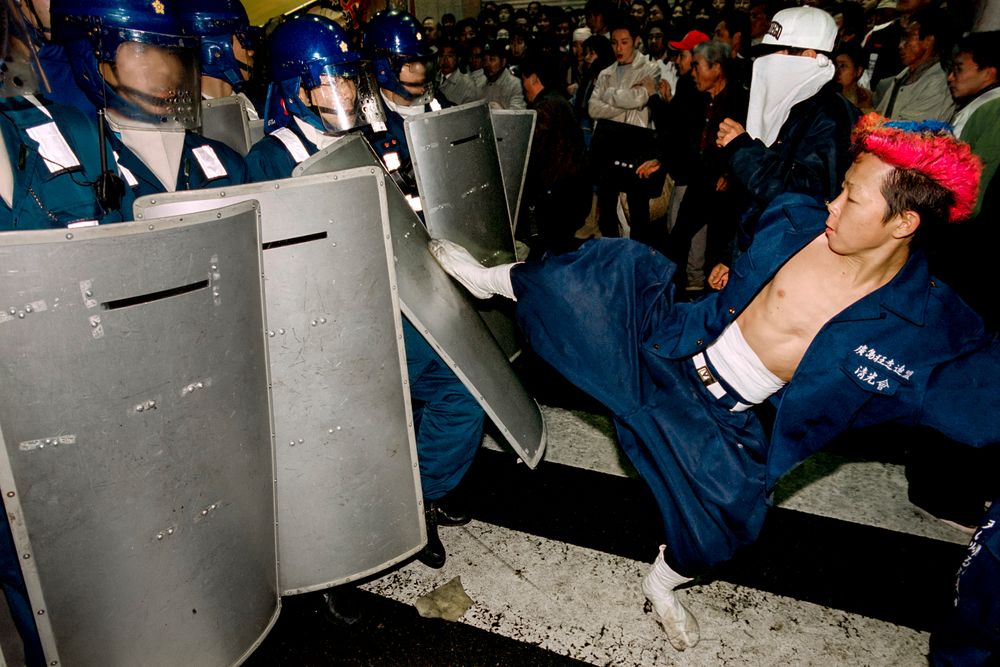 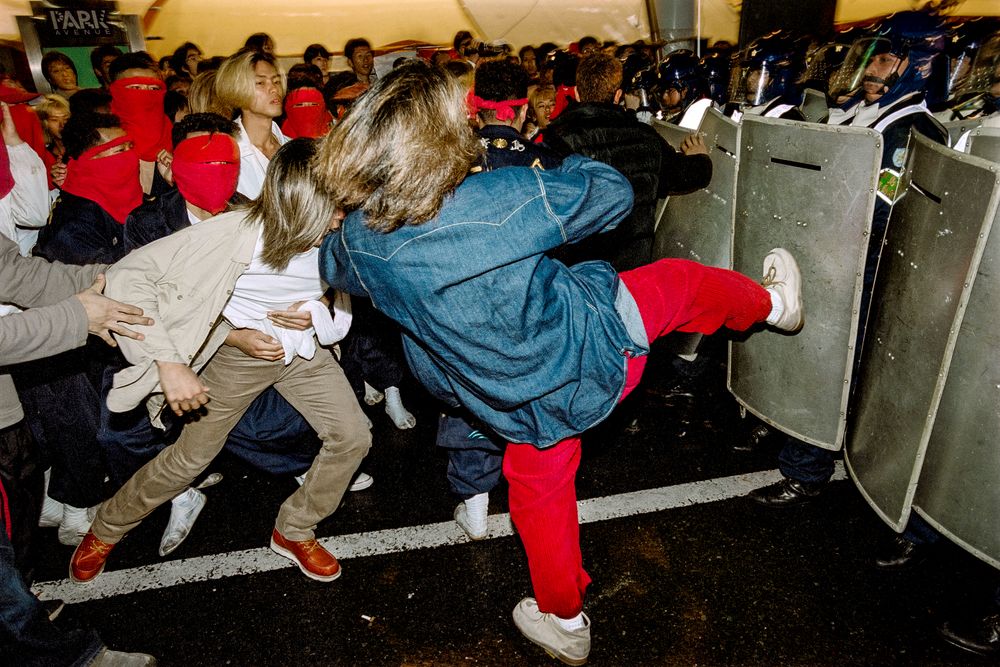 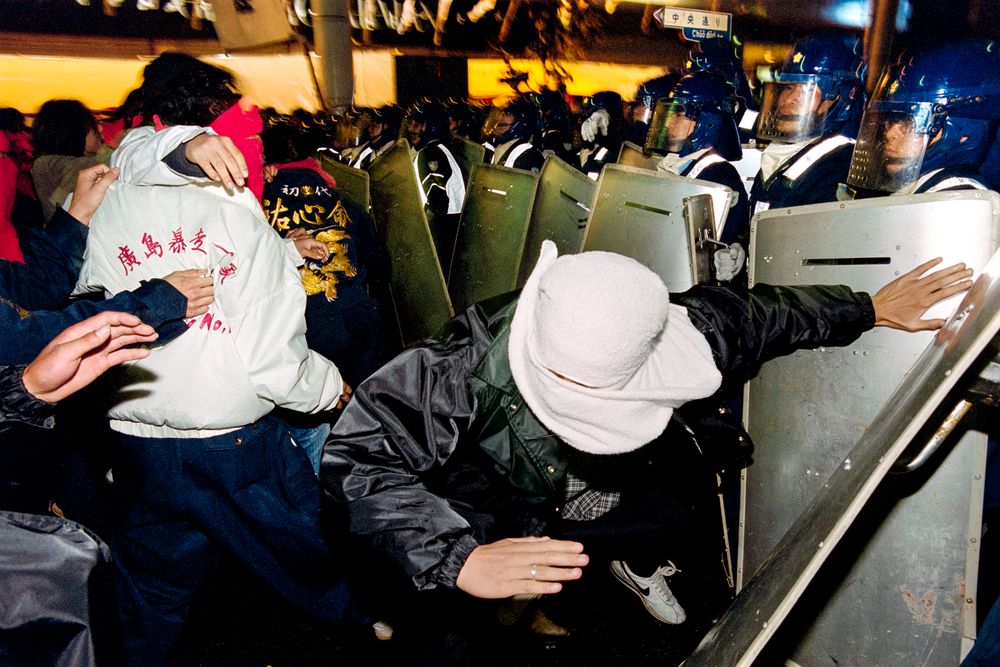 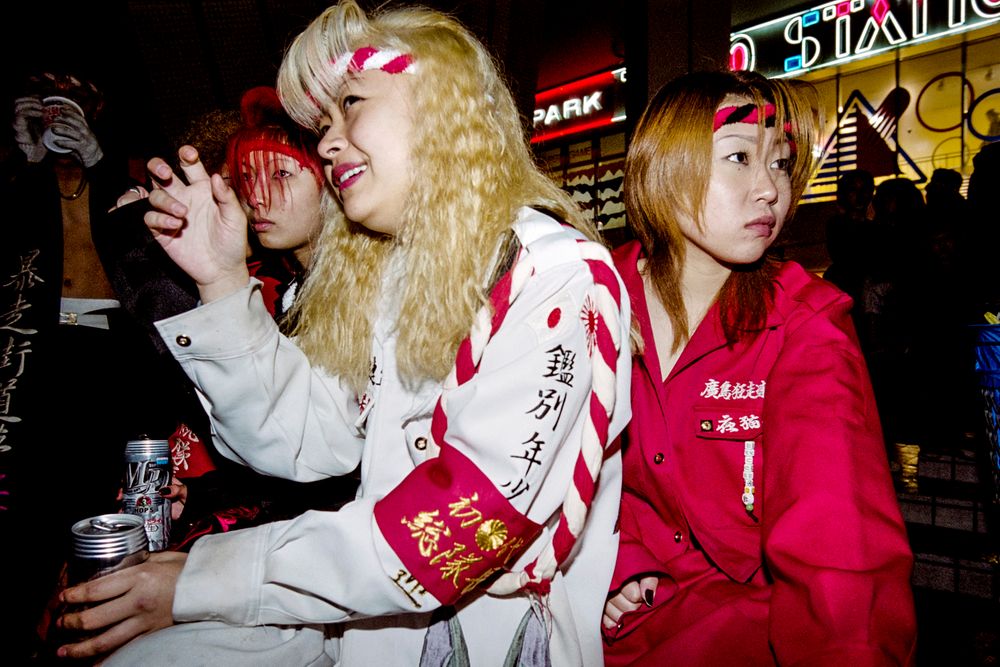 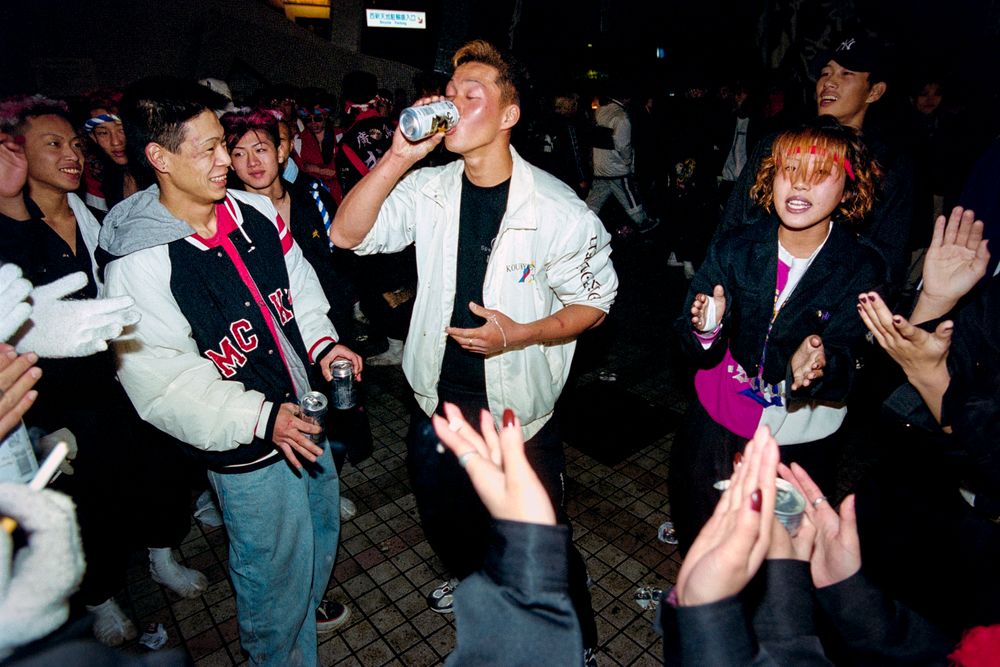 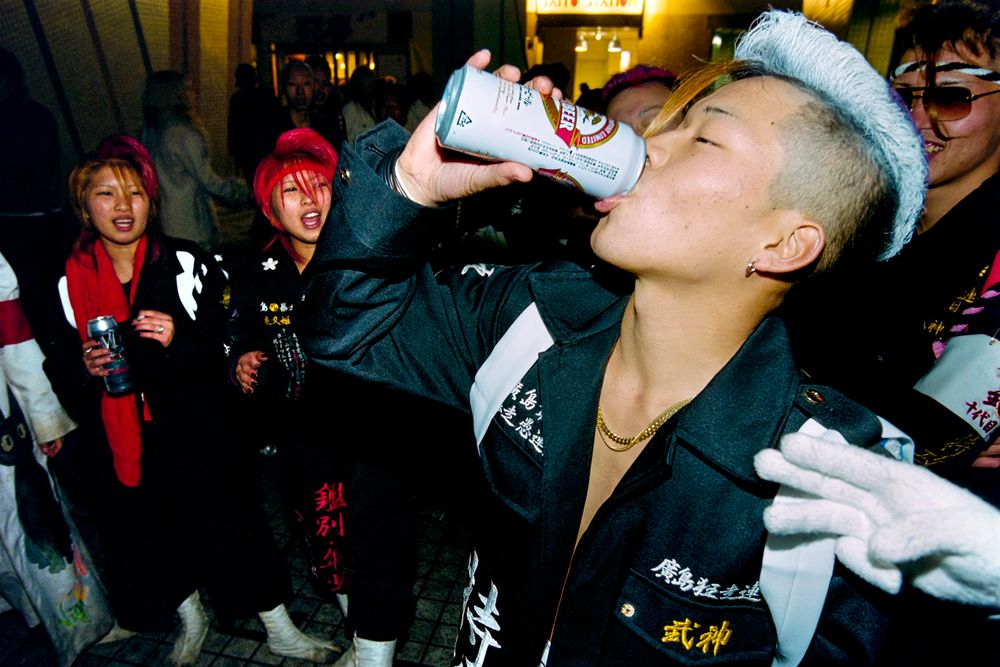 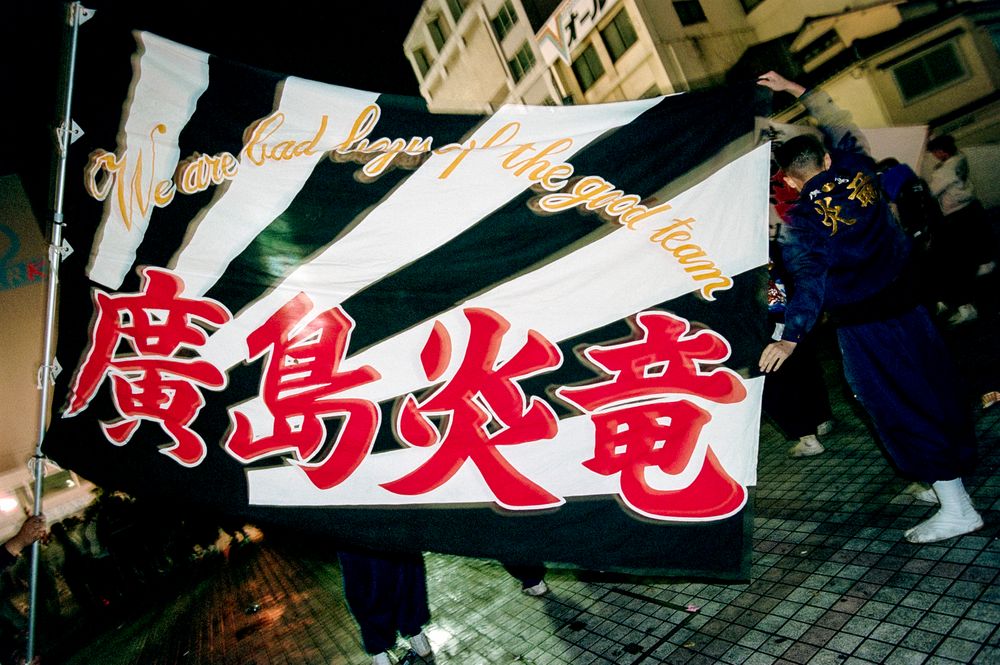