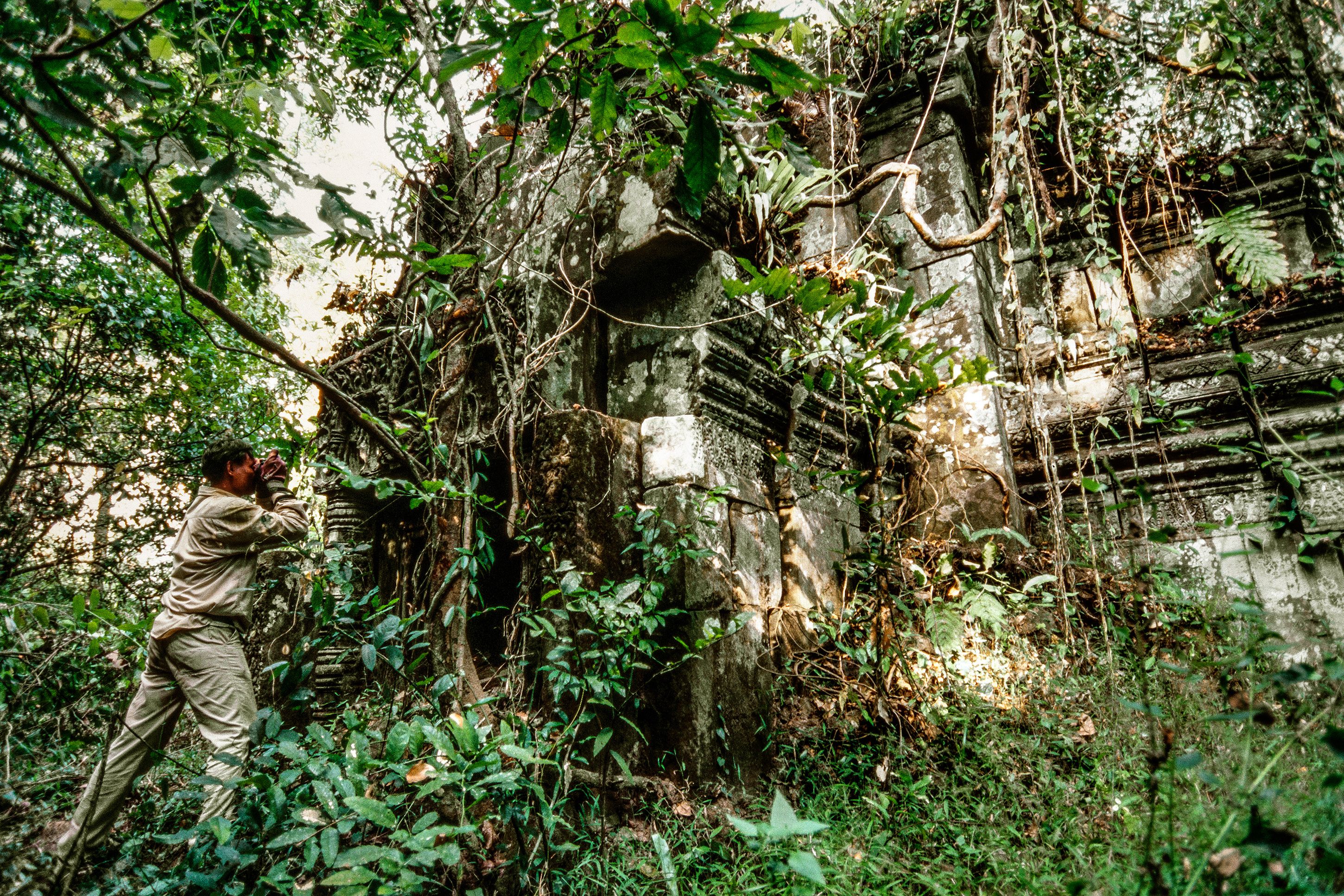 Do you miss film?

Another question I always get asked as a photographer of a certain age (say, over 50) is whether I miss film. The answer is no, nope, never. I feel no nostalgia, no sentimentality, nothing. I realize that film is becoming cool again, and I say, go for it kids, but I used it for 25 years, mainly shooting slide film with an exposure latitude of about 1/2 stop, maximum. What does that mean? It means shooting in terrible, contrasty light, like the Cambodian jungle in December, was hard. Very hard. It meant having to carry multiple cameras with different speed films because you can’t simply change your ISO when the light shifts and the sun sets. Does well exposed film have lovely grain structure and colors? Sometimes. When the light is good and your exposures are perfect. But take it into tough situations, and you better have some serious skills.

The photographs below are from my last real film assignment for Geo Magazine in Germany. I traveled with a Cambodian and French archeological team by car, motorcycle and foot through former Khmer Rouge territories in Preah Vihear that had been cut off by nearly 40 years of war, to map Angkorian temples and sites. For two weeks we humped through the jungle, me carrying bags of Provia 100 slide film, searching for and mapping sites, some only a few cut stones, some entire temples, still lost in the jungles. We used local guides to find the sites (and take us through mined areas) since these temple and sites were never really lost to the people in the area, only to scientists. The light was horrible once the sun came up. Dark and bright areas falling as the tropical sun fell through the trees onto people, trees and temples. I always worked my a Sekonic light meter around my neck, always updating light readings, bracketing by 1/2 stops when unsure.

So I find it humorous that film today has become hipster cool, photographers today paying $30 for a roll of Fuji negative and another $30 to process, that I would have paid $15 total for 20 years ago. I understand the urge, and film is absolutely a valuable tool to teach you about exposure and shooting with limited frames, pacing yourself makes you a better photographer. But I’ve been there and done that, and to be honest, 90% of what young photographers are shooting with film today simply isn’t that good. The medium is not always the message.

Unless you shoot black and white, then I get it. 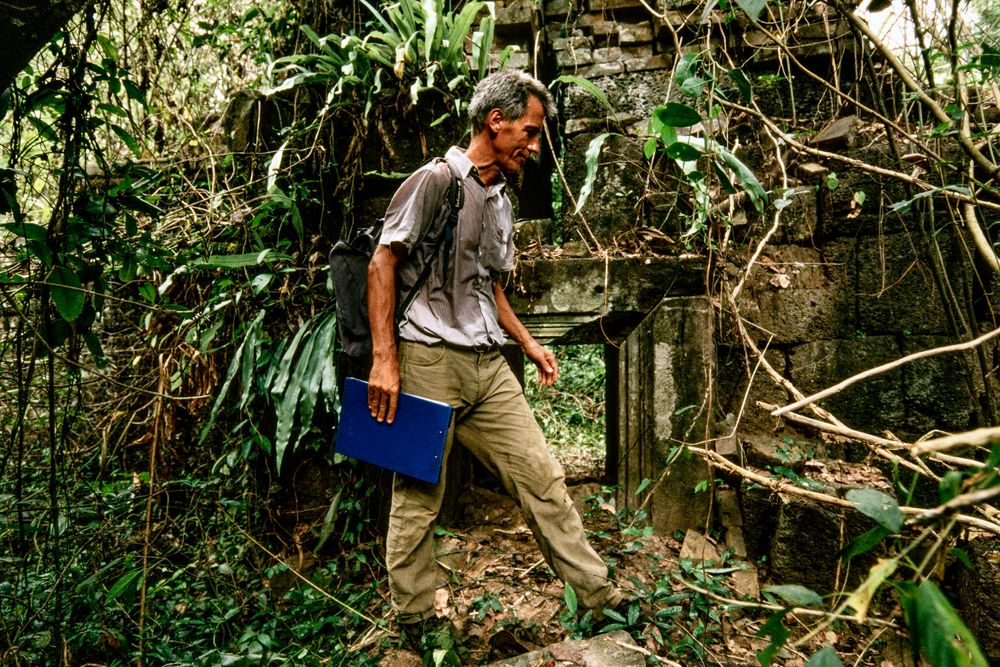 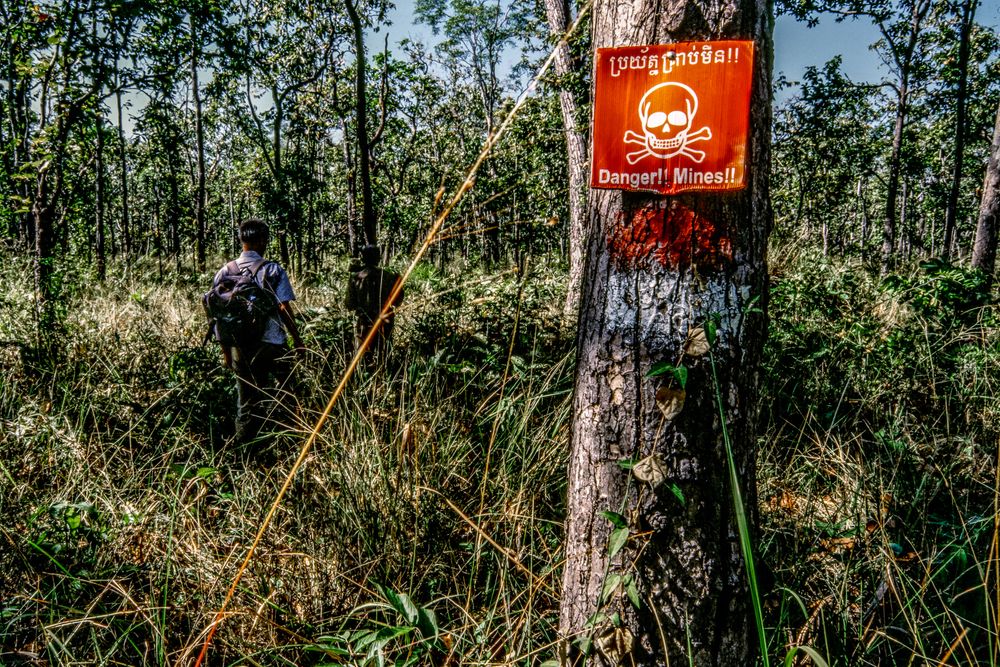 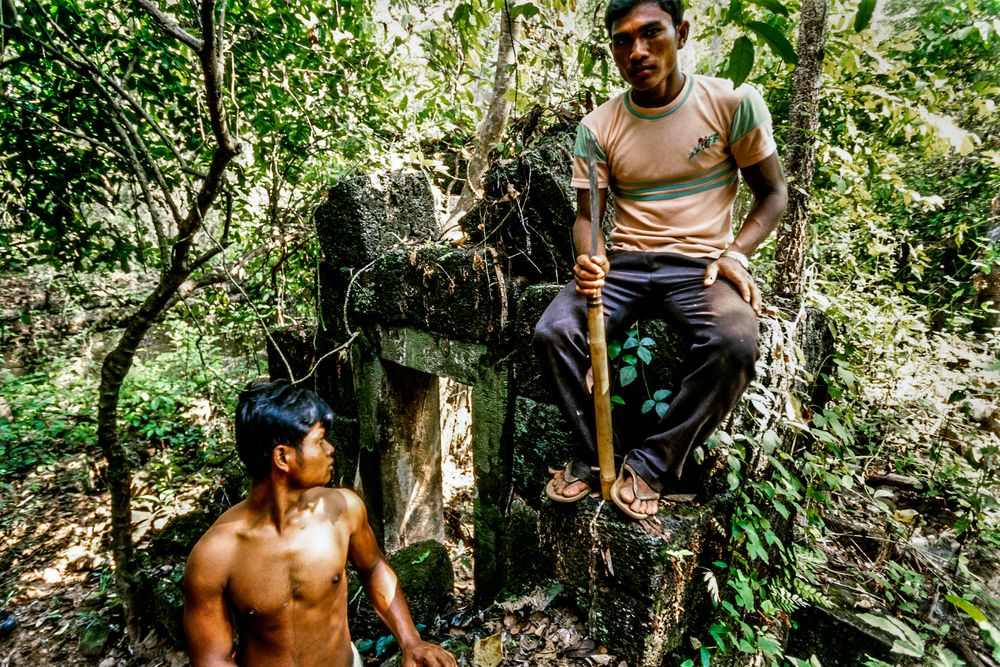 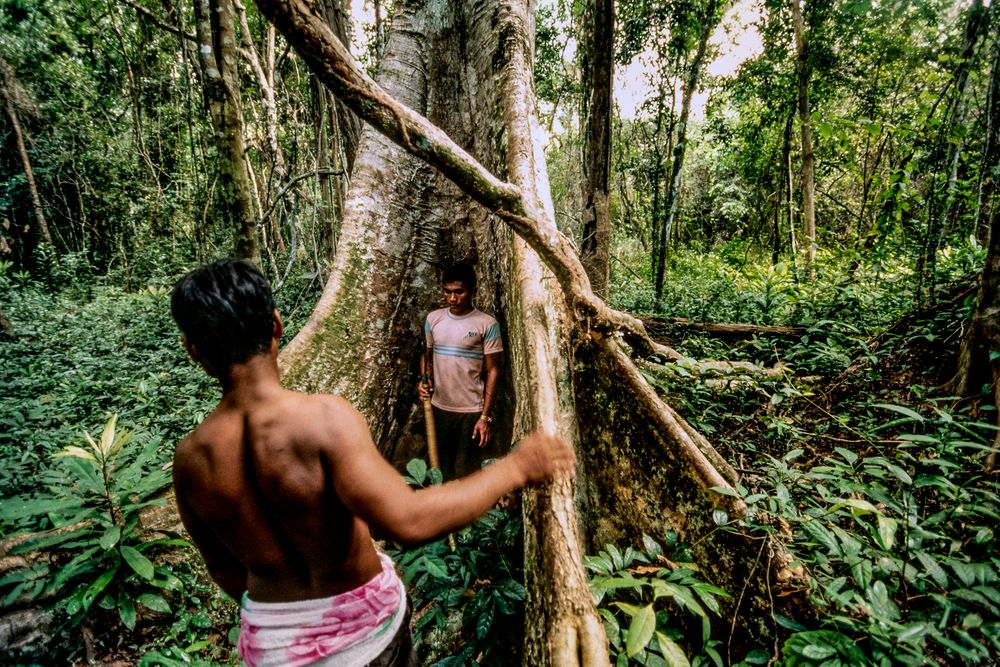 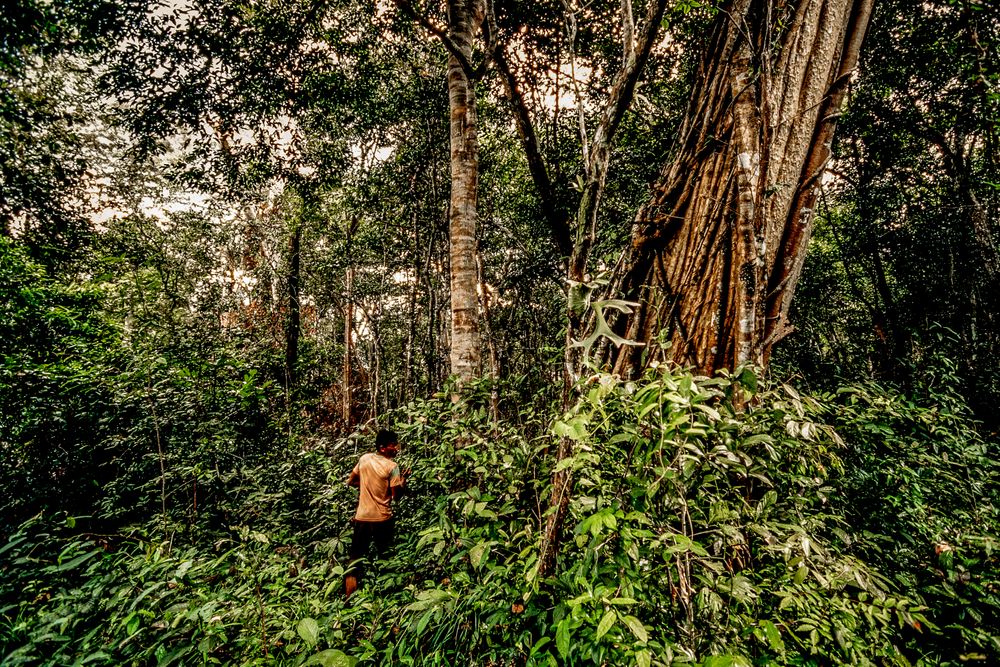 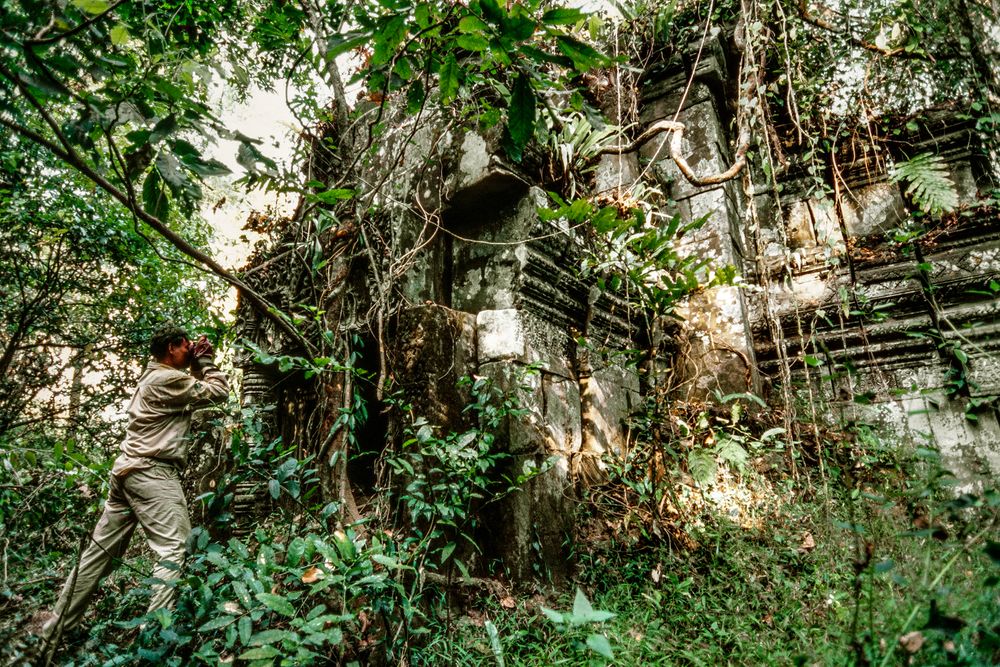 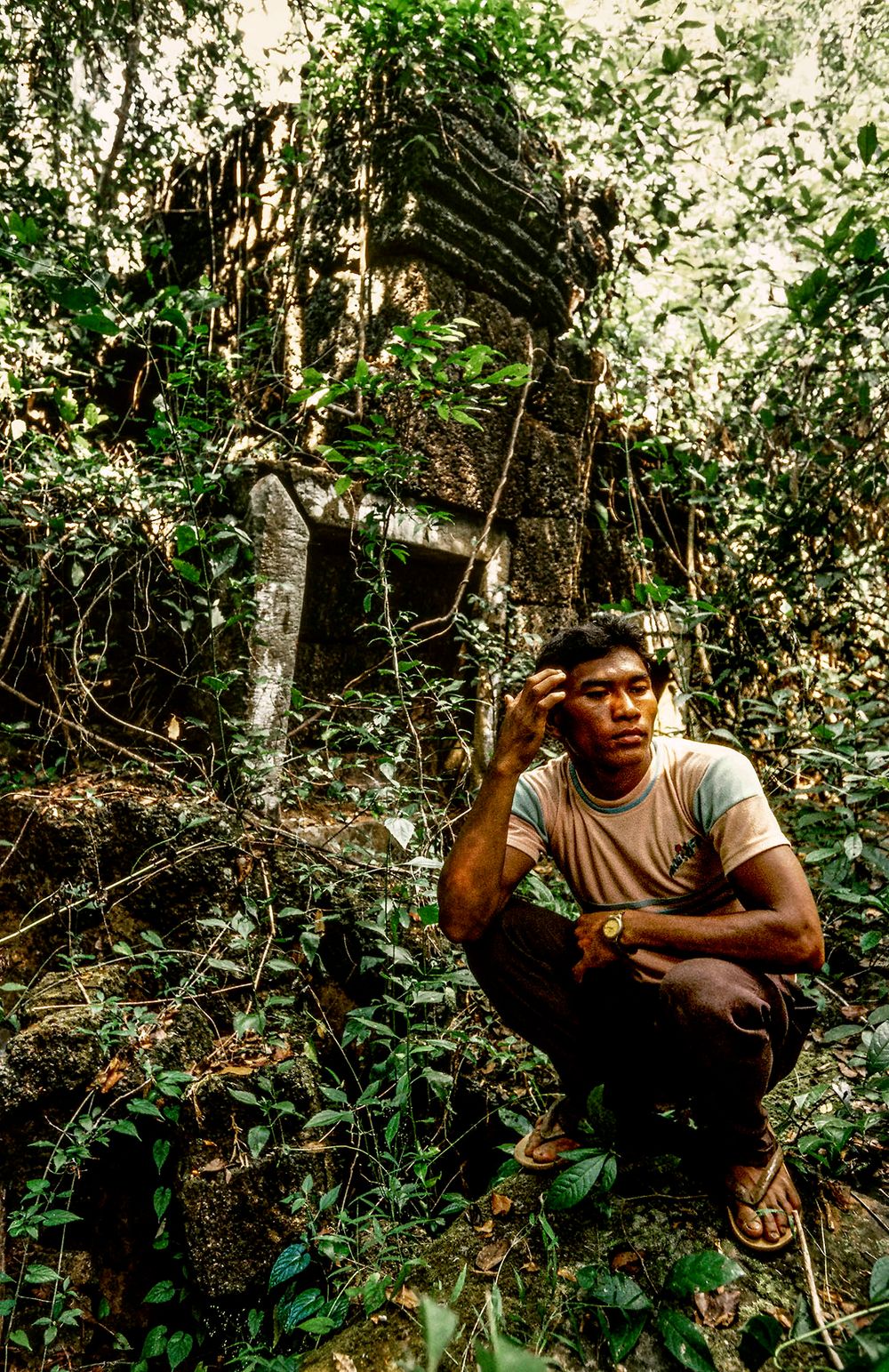 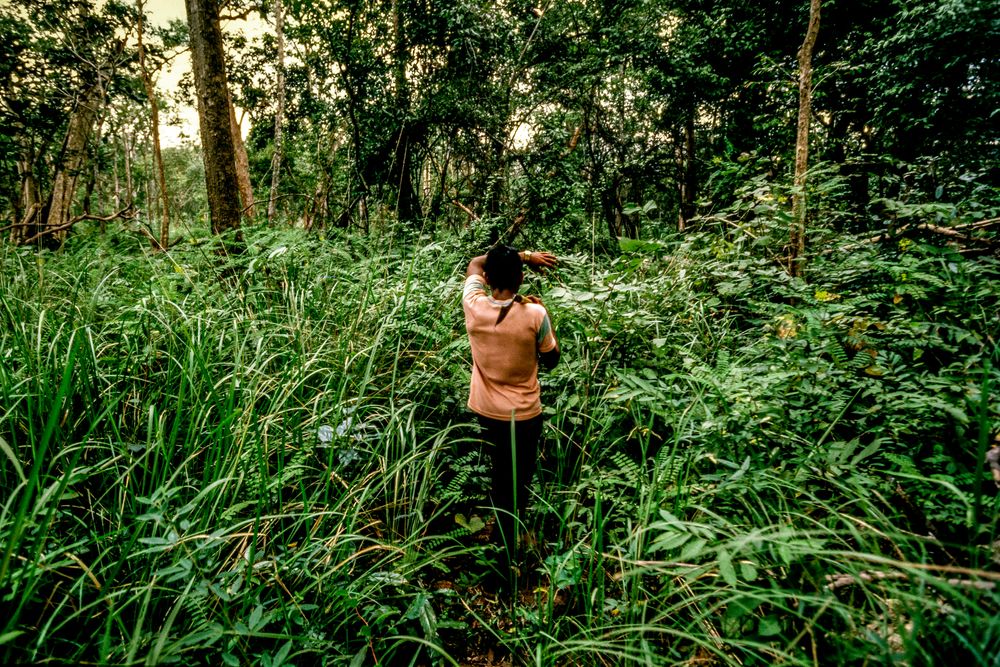 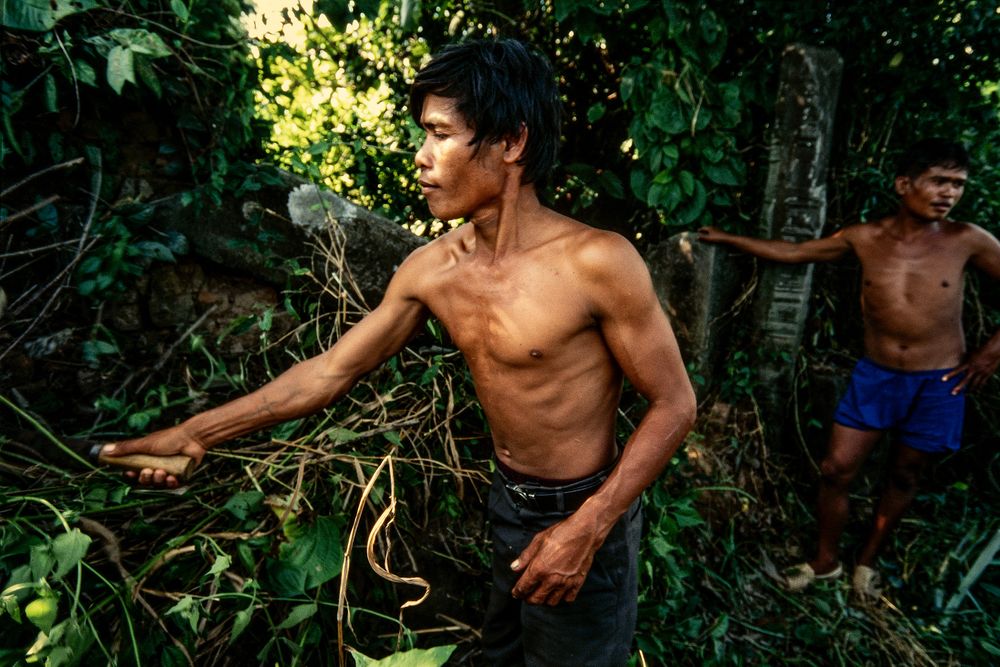 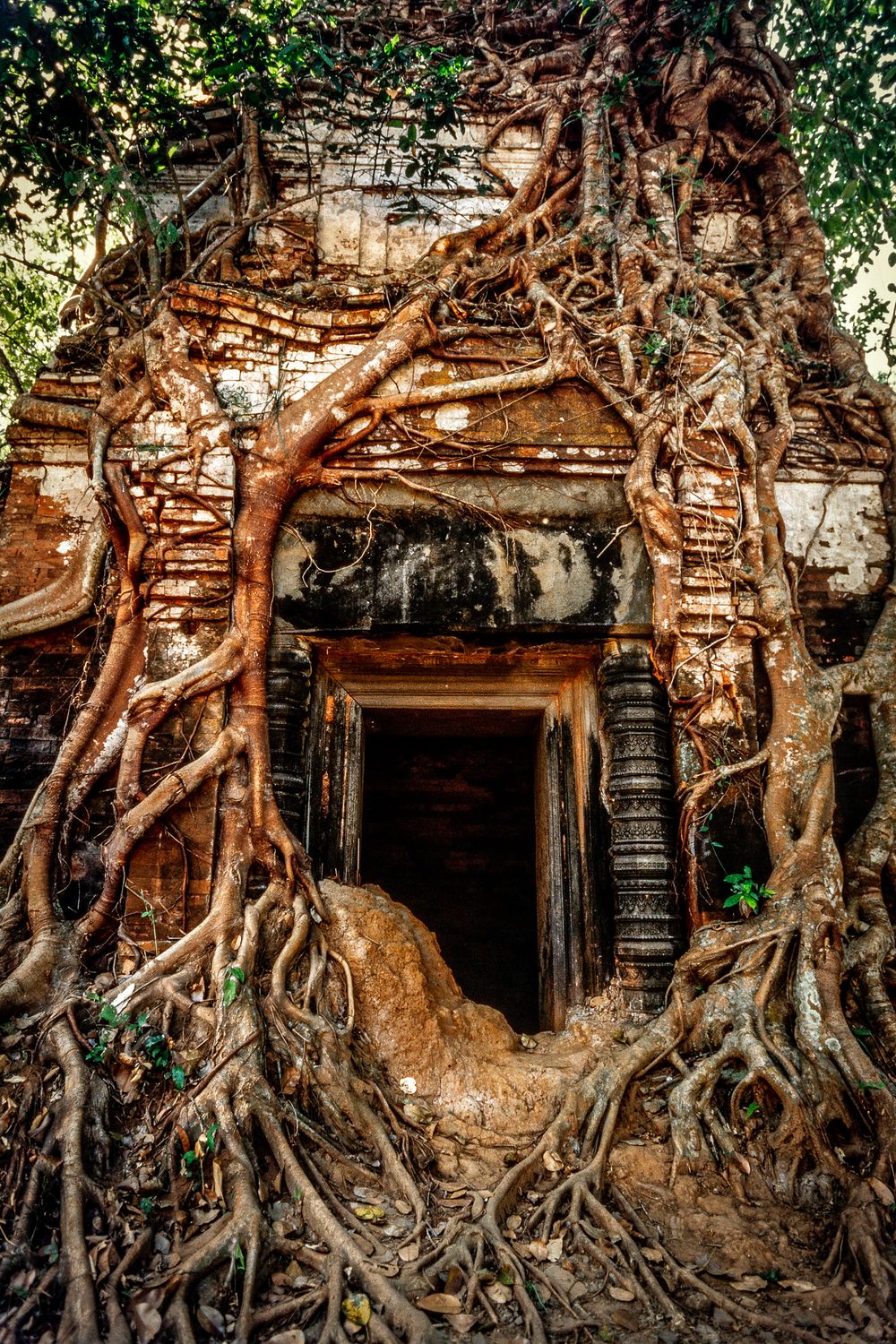 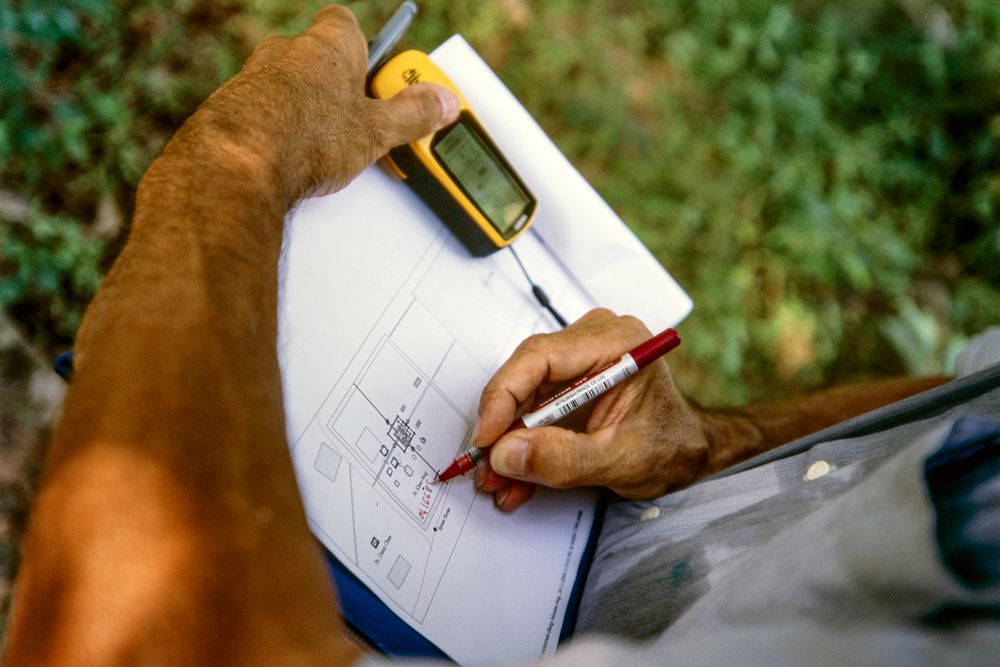 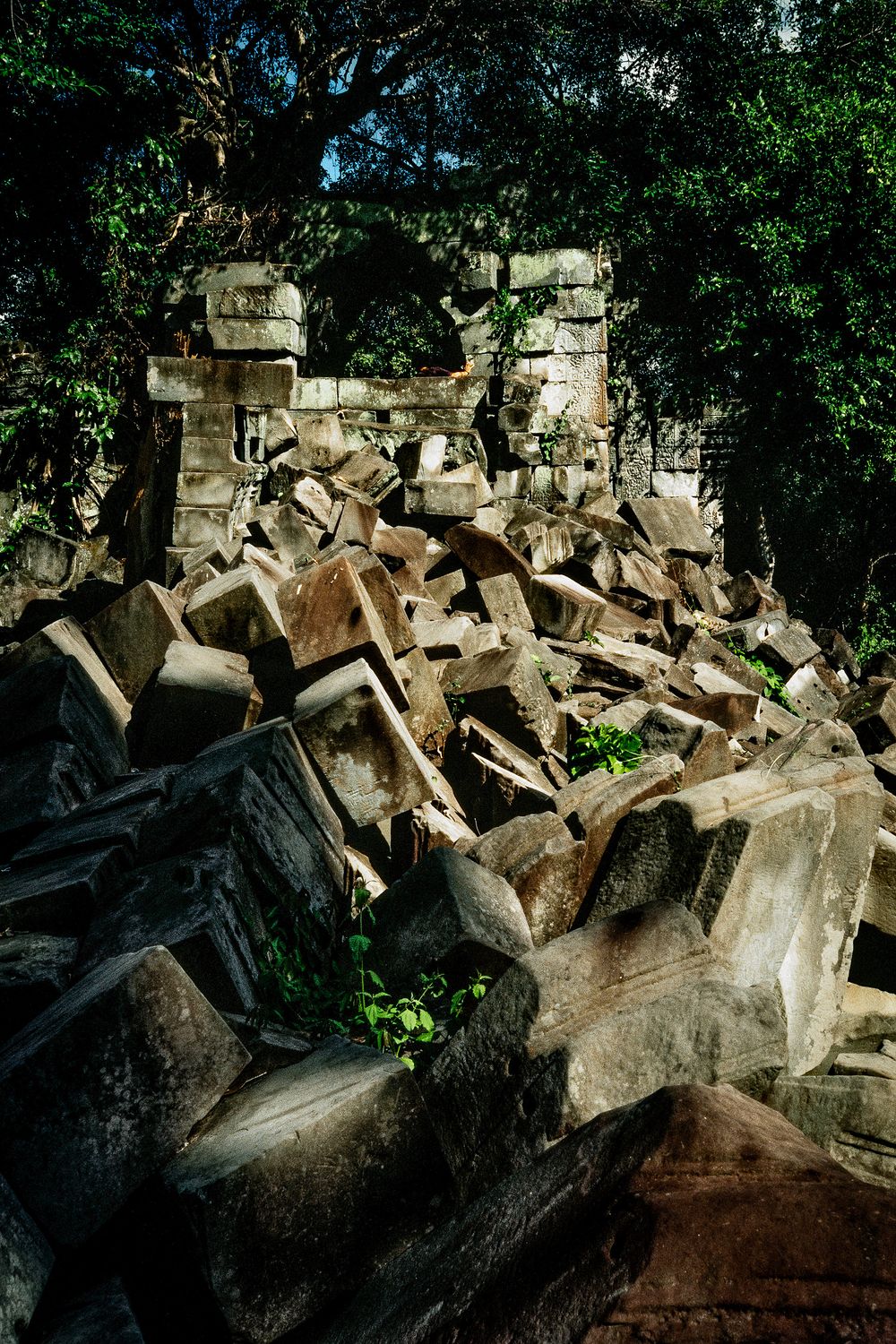 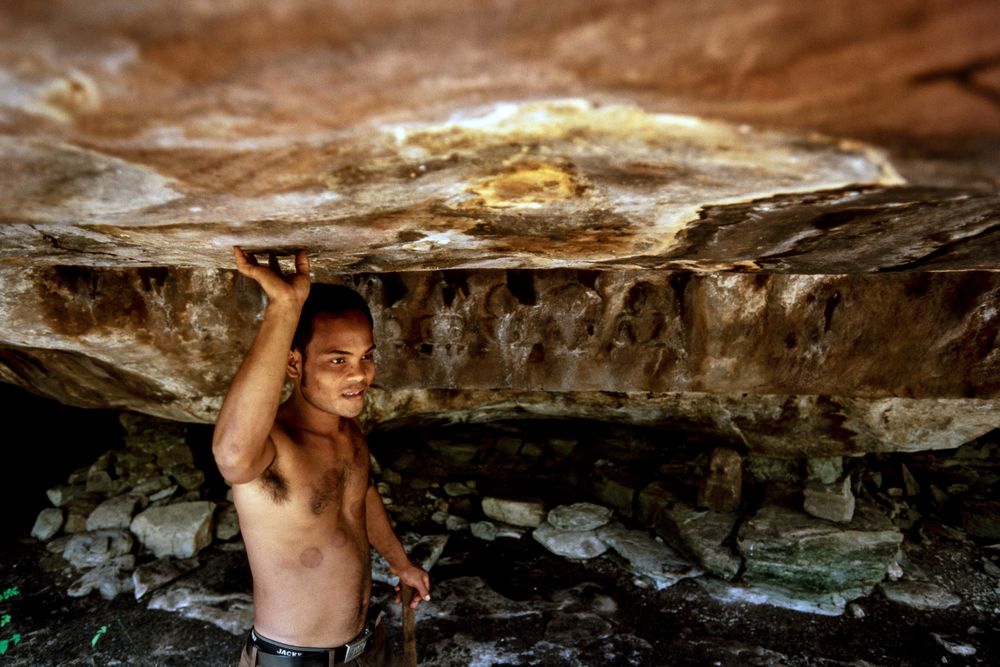 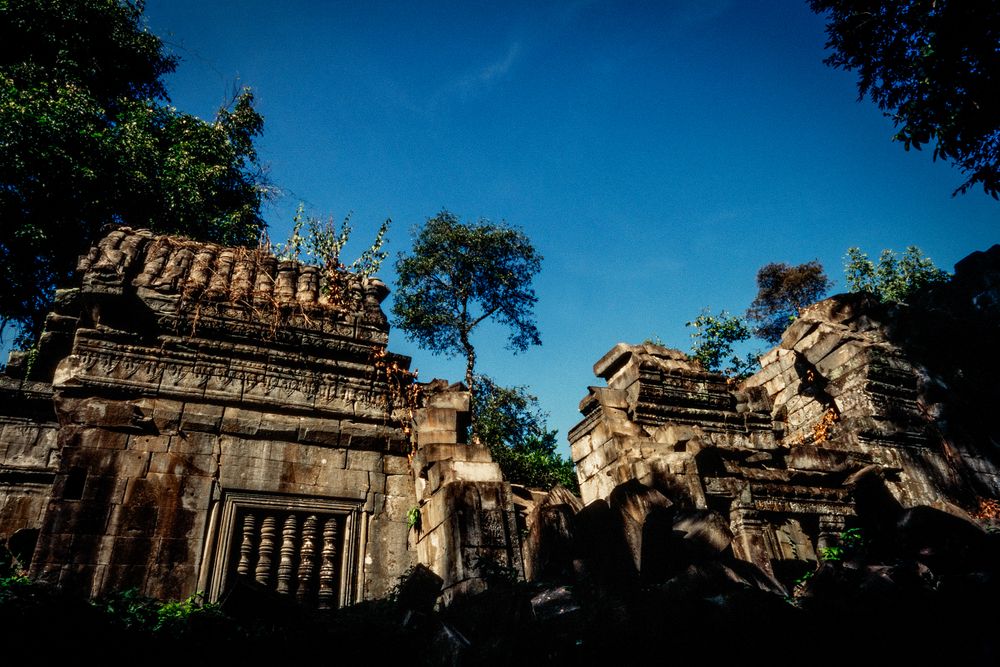 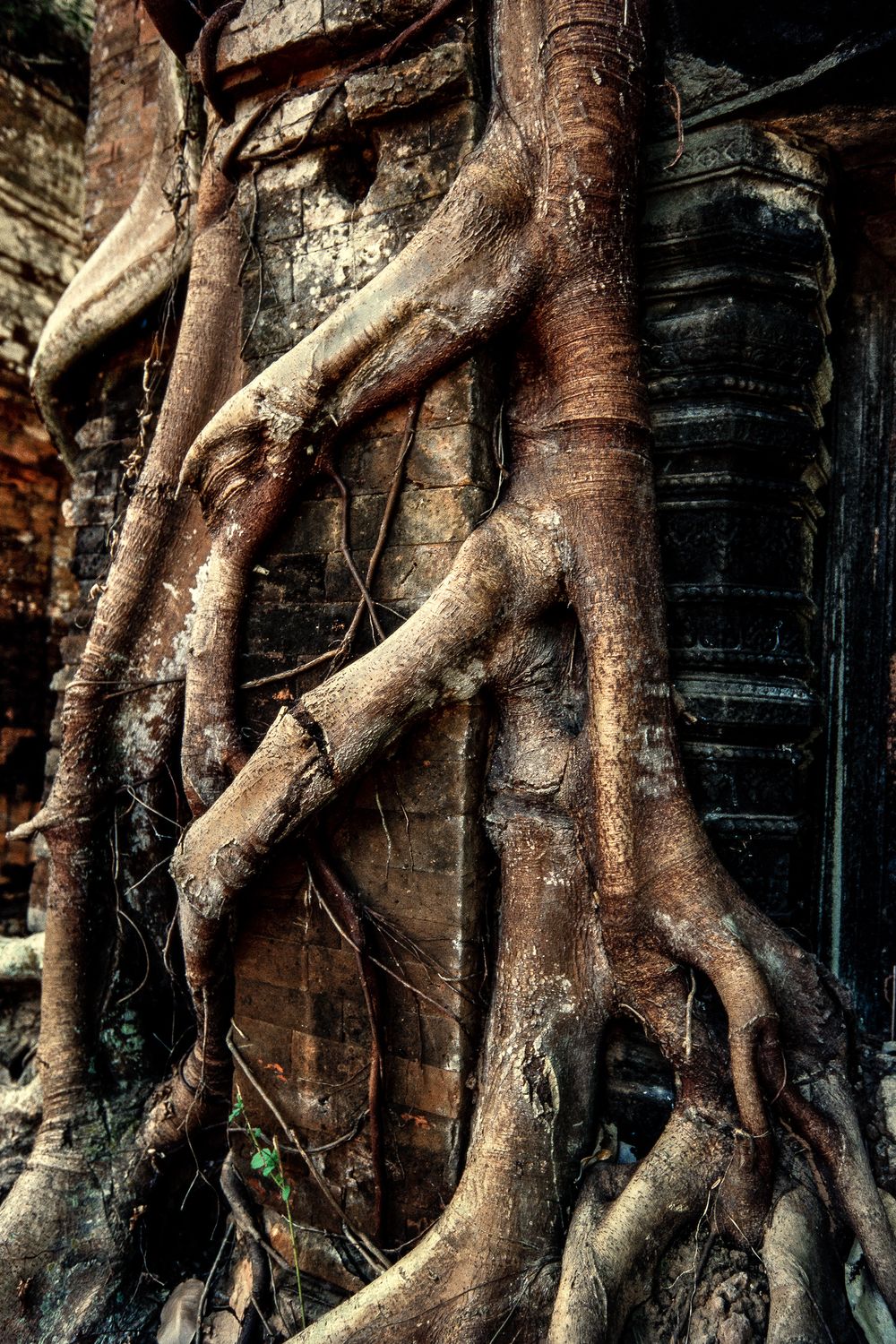 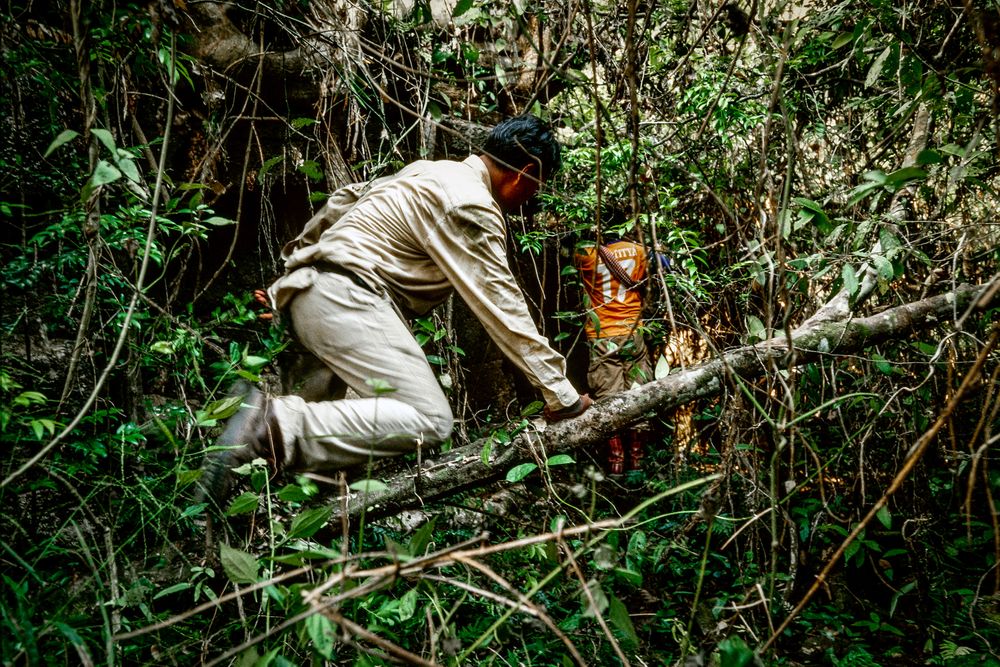 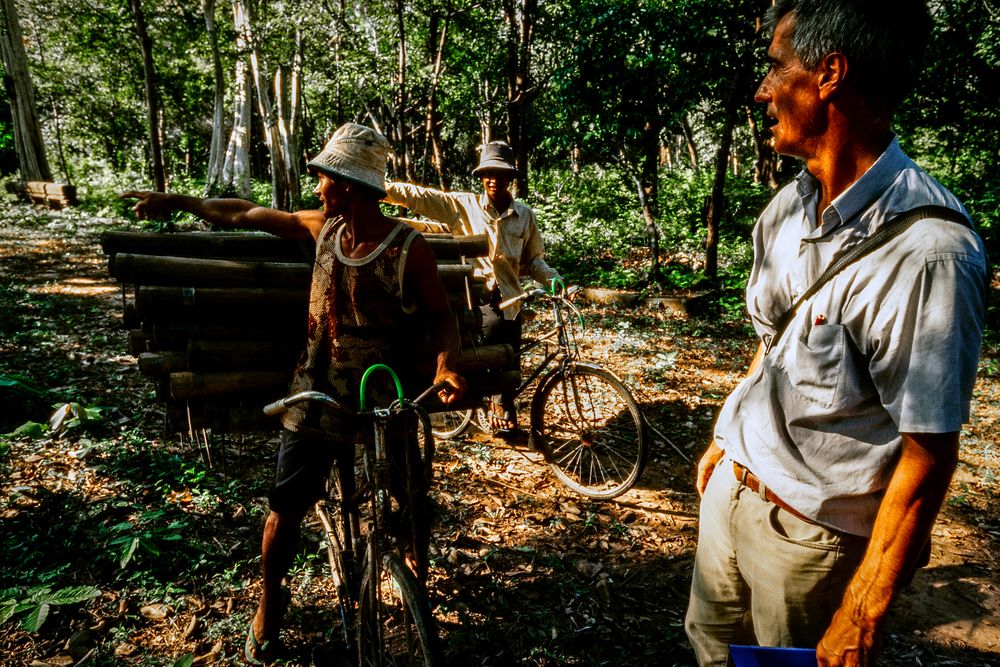 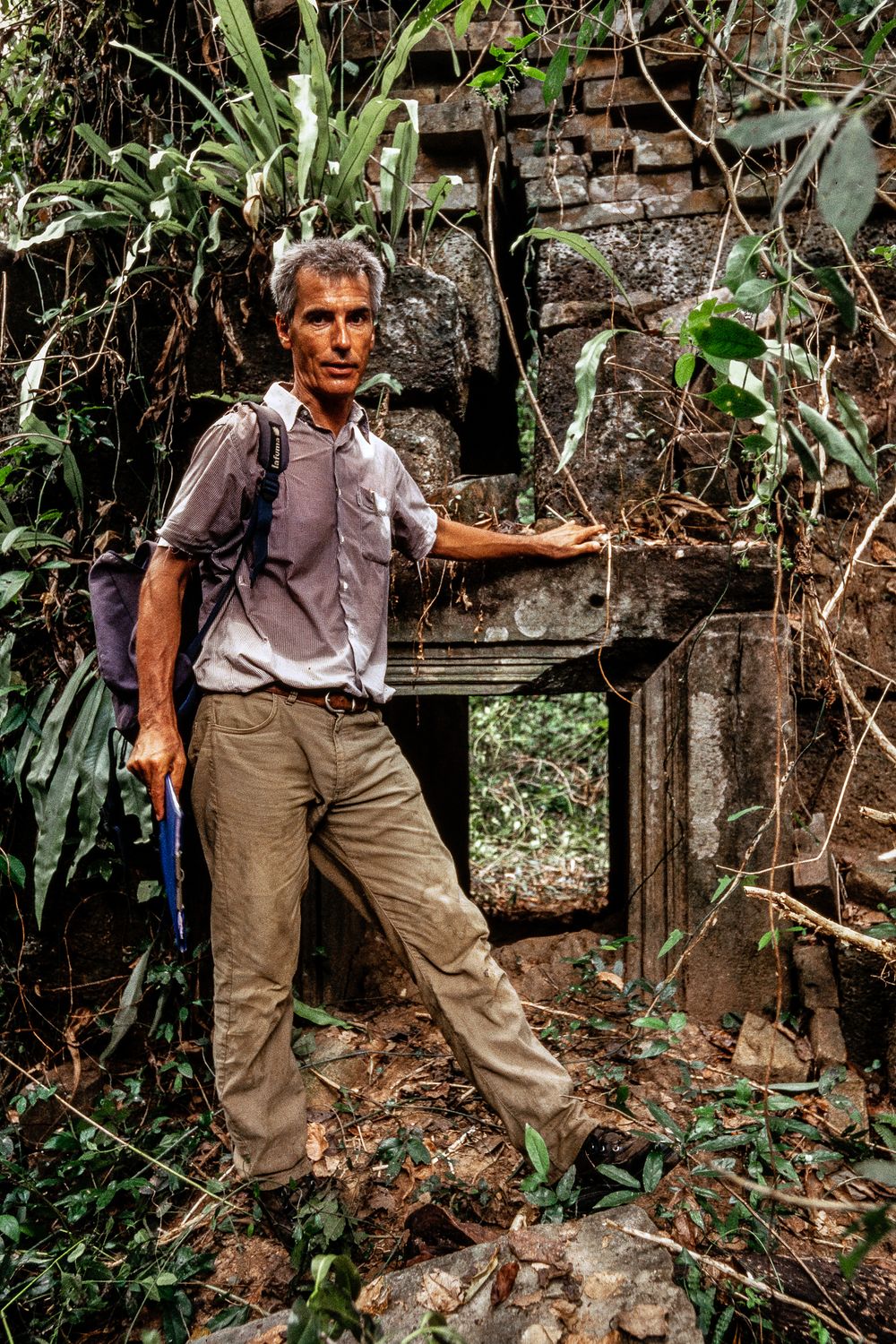 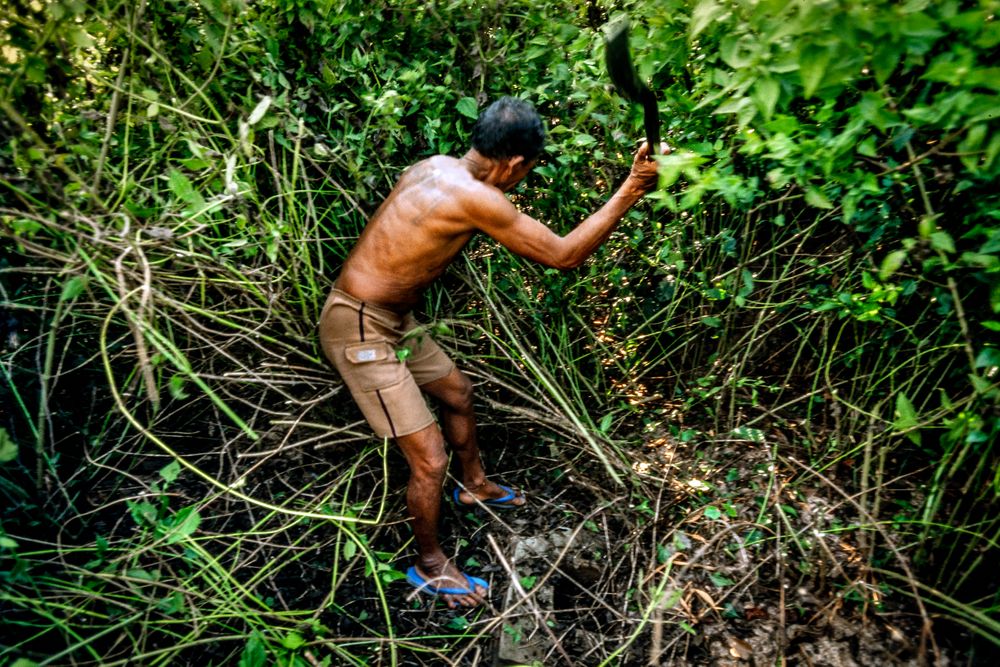 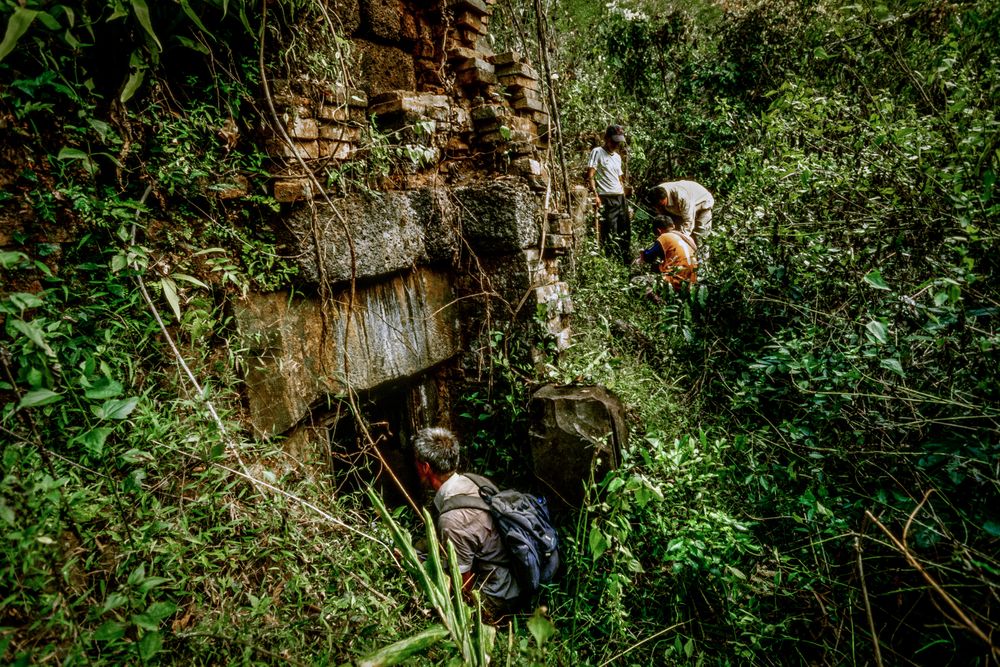 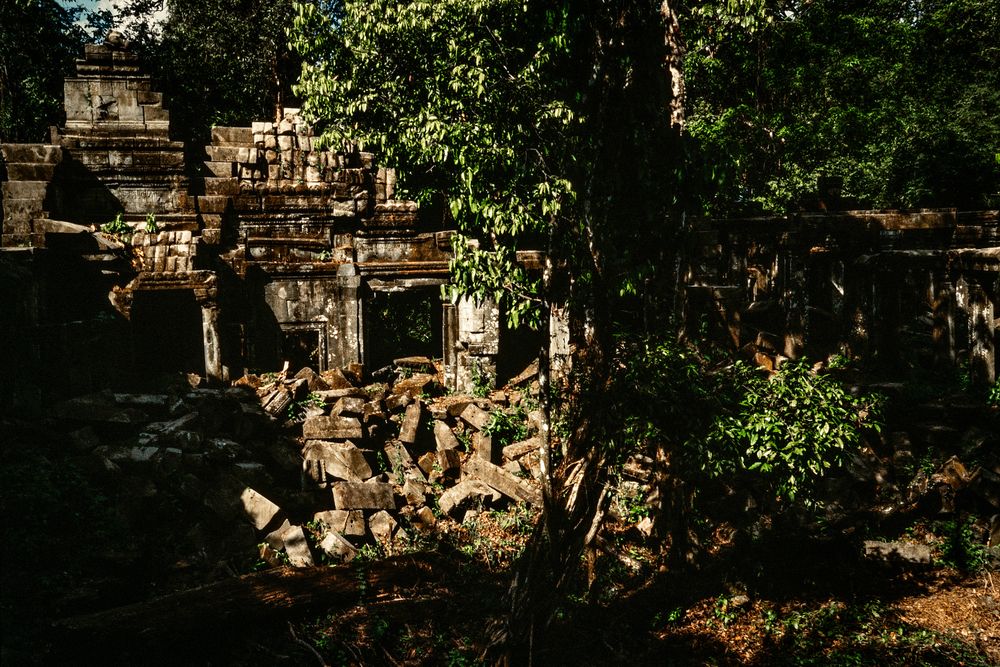 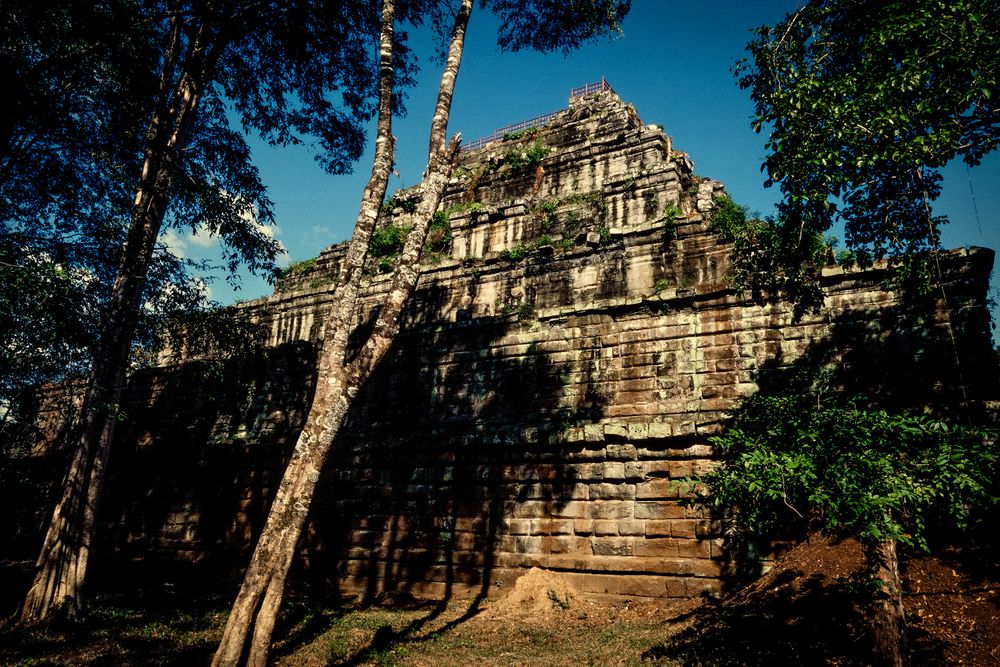 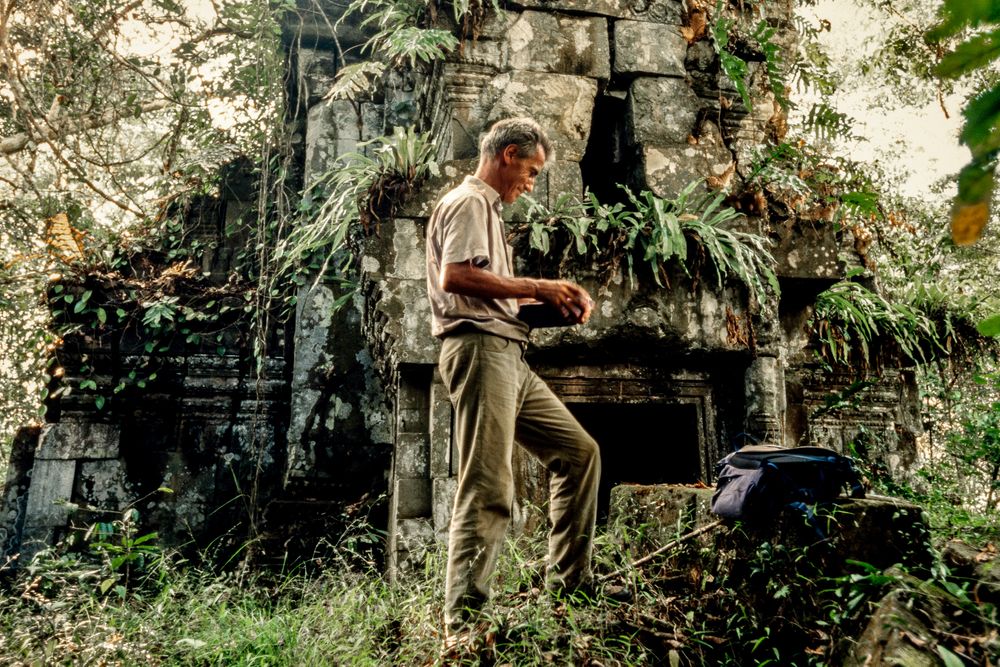 The opening spread in Geo along (left) and Jens Schroder, writer, and myself (right). 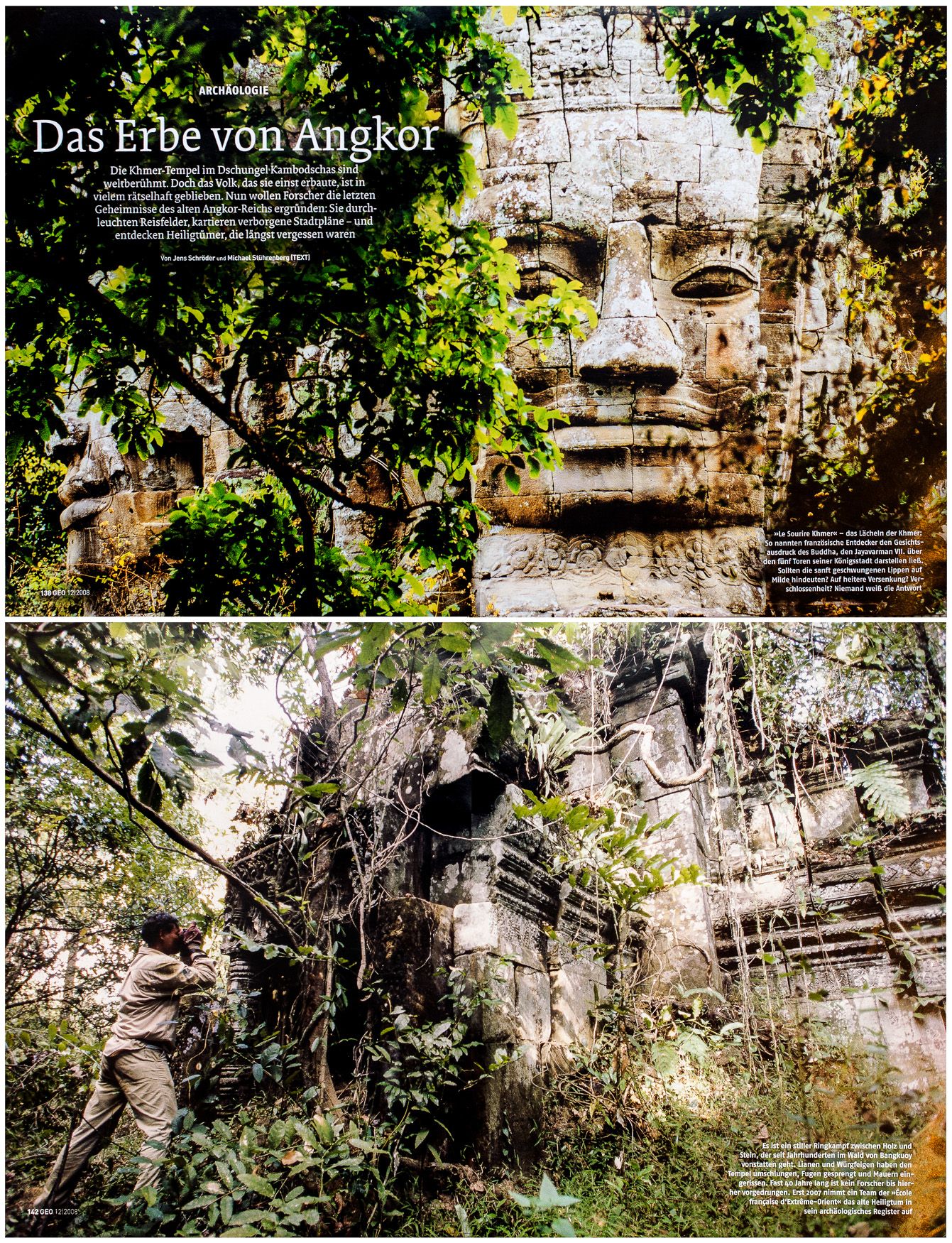 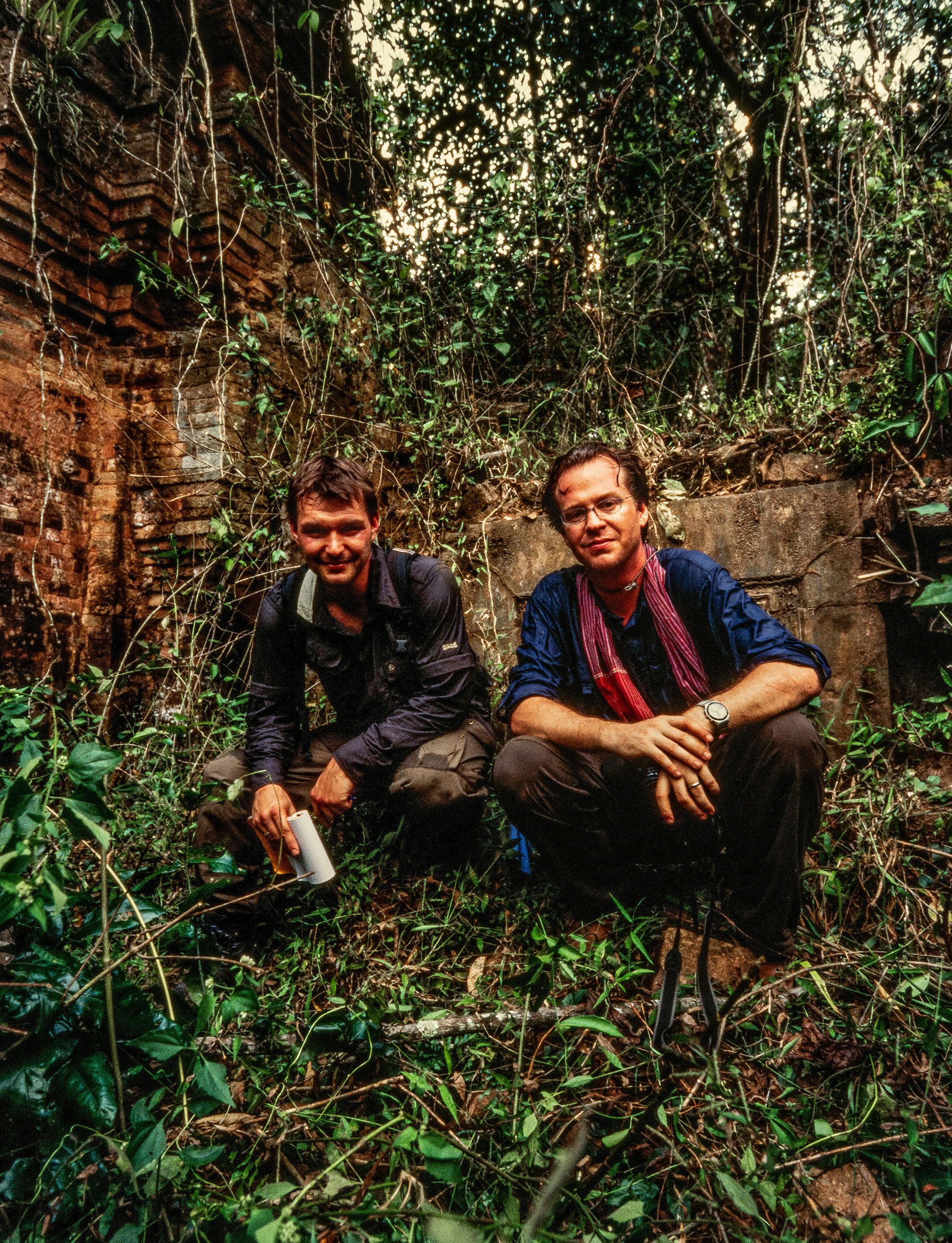