My first trip to Burma was in July, 1994, on assignment for The New York Times, to photograph democracy leader Aung San Suu Kyi, then still under house arrest in her home next to Inye Lake. We spent a week in Rangoon with little to do before the military government agreed to let us meet her, so I went out most nights and wandered the city, taking photos. Returning to The Strand Hotel one night on the back of a rickshaw we passed a group of young Burmese men on their way to a concert. I fired off one frame in the dark, 1/2 second exposure, f/5.6 probably. I didn't really see what the men were wearing or doing as I passed but when I got home to Bangkok I was shocked by the image. In a conservative country, under tight military control, here were four rockers flipping me the bird.

I returned later to do a full story on the underground rock music scene in Burma, eventually publishing the piece in Time Magazine. 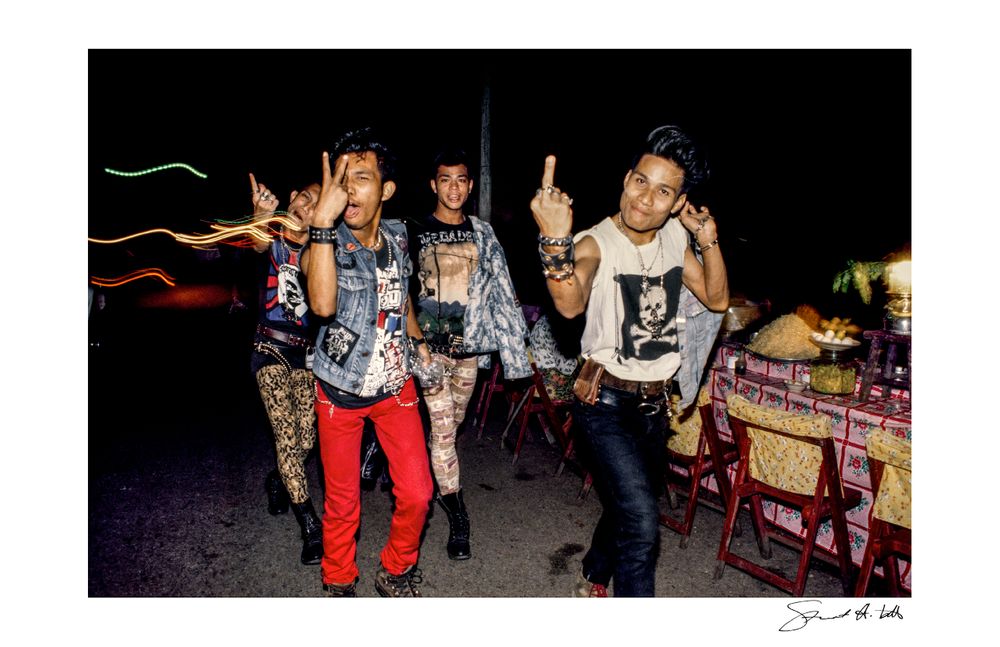