A tiny figure of a worker walks past the staccatos of the B-Reactor at the Hanford Site, Washington, along the banks of the Columbia River. The reactor was the first large scale plutonium production reactor ever built and started production in December, 1944. The project was commissioned under the Manhattan Project, during World War II, to develop the first nuclear weapons. The B-REactor was shut down in 1968 and on August 25th, 2008, was declared a National Historic Landmark and is now open to tourists. 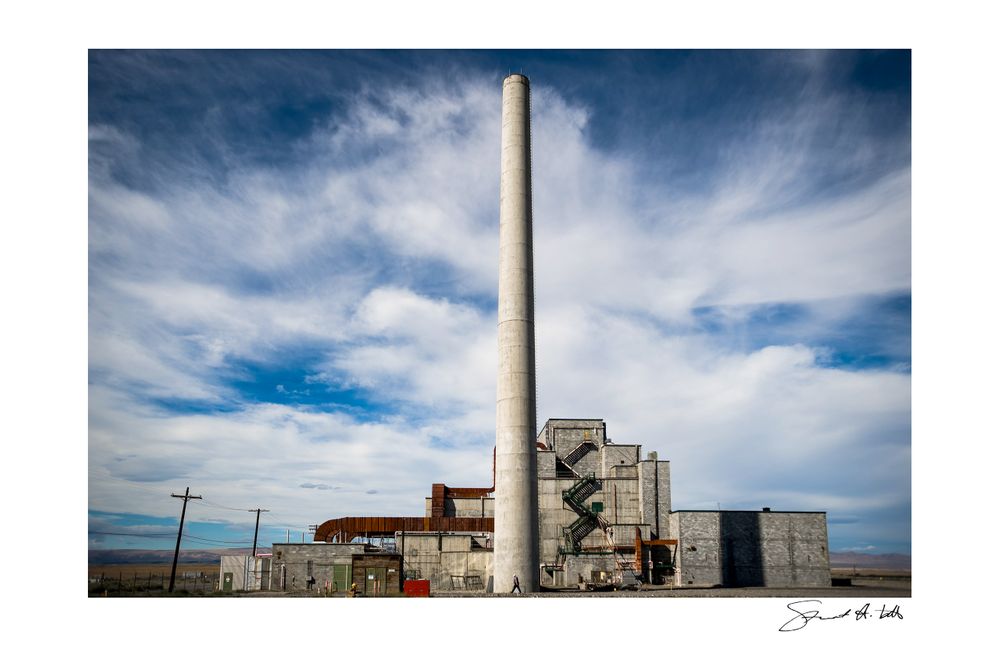