In 2005 I worked on a self-funded project taking portraits of Chinese near the outer walls of the Forbidden City in Beijing. Using a Rollieflex 2 1/4 camera and Kodak Tri-X film, I wanted to shoot portraits of all the Chinese, tourists and locals, in and around the city. People come from all over the country to see the palaces and mix with beggars, street vendors, Communist party cadres and locals out for a simple walk. I eventually shot over 100 portraits, edited them down to about 30.

Here, bottle collectors Lu Ming, 41 and his son, Lu Luzheng, 14, from Hebei Province and homeless in Beijing, by the West Gate of the Forbidden City. Scanned on a Hasselblad Imacon scanner. 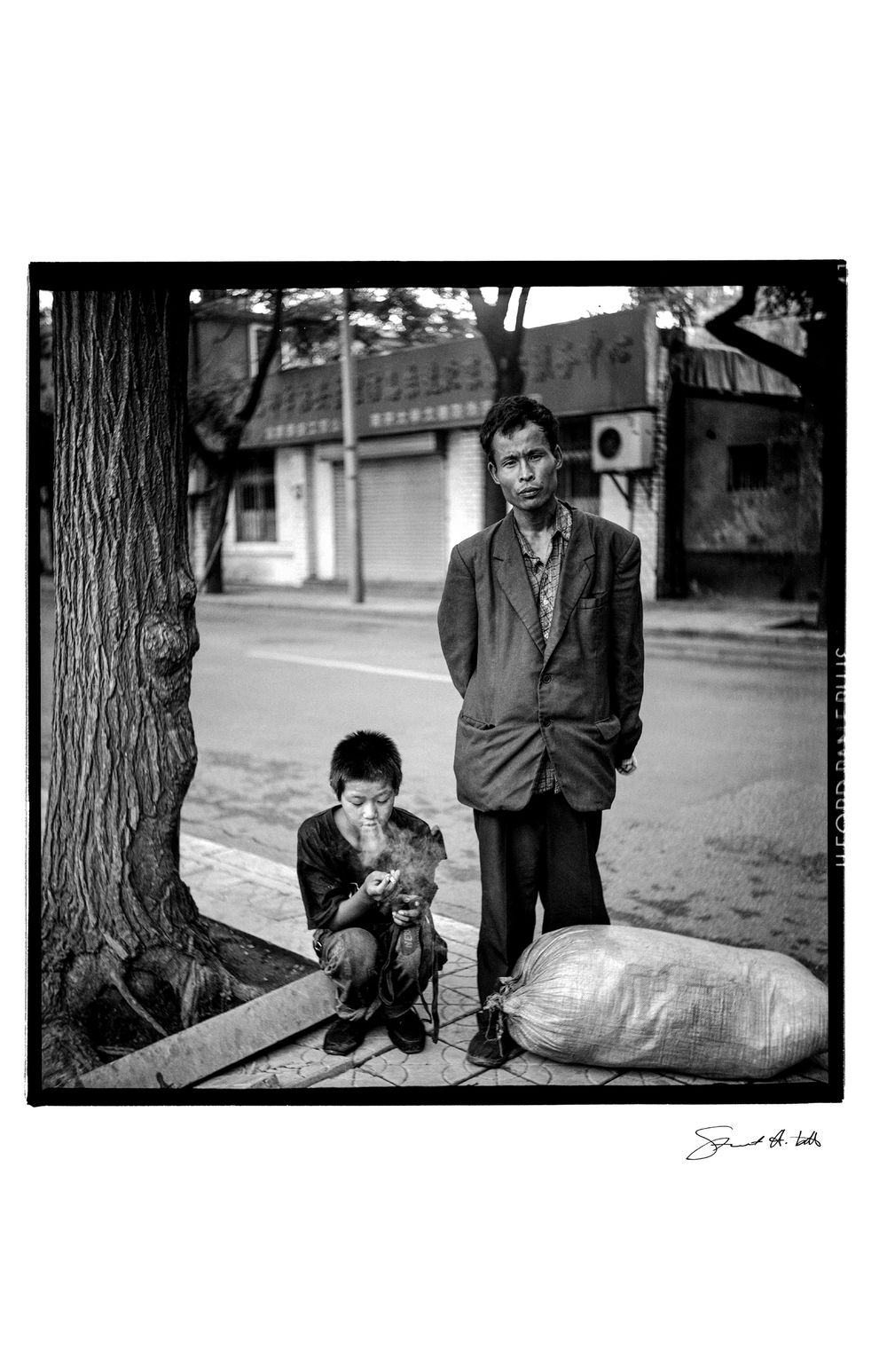