Why would anyone want this photograph on their wall? I’m not sure, but I’ve sold a few copies so far. Religious devotion takes on many forms and the annual crucifixions in the Philippines every Easter are certainly the most extreme I’ve seen. I traveled to the small town with a couple of other Bangkok-based photographers and we all struggled in near 100F heat to document the two day event. By the time I reached the actual crucifixions I was numb from the heat and exhaustion of battling through massive crowds to take images. I barely remembered taking this photograph until the film came back a few weeks later. One of the most interesting elements to me in the image is the hand on the left holding a bottle of alcohol to disinfect the nail and hand, tapping the nail driver as he goes to work. the work has never been published. Shot on Fuji Provia 100, scanned on Hasselblad Imacon scanner. 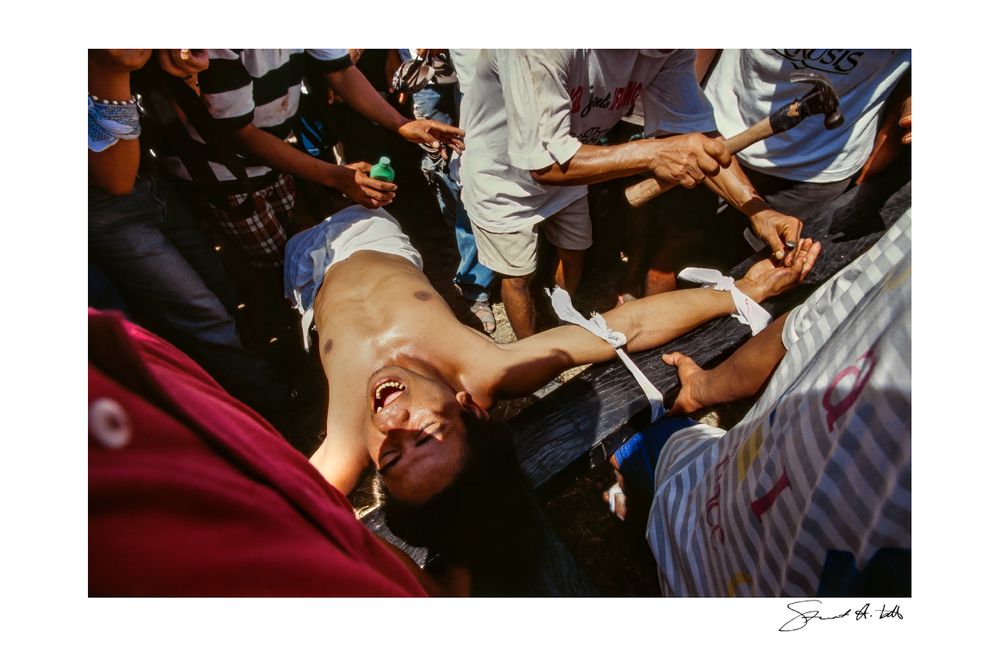