Mr. Nick Fahey's his horse, 'Ig', on his property Cypress Island. Mr. Fahey, 66, lives alone in the cabin his father started building in 1939 at Tide Point on Cypress Island, Washington, near the San Juan Islands. Fahey's father bought the land in 1930 and started building the cabin in 1938 but Mr. Fahey continues to add to the home. He has lived permanently on the island since 1992. He has a son living in France and a daughter living in Seattle, WA.

The home is powered by 2 solar panels which charge a few lights and help to keep his mobile phone charged. Heat, including for water, comes from burning wood, which is abundance on the property. 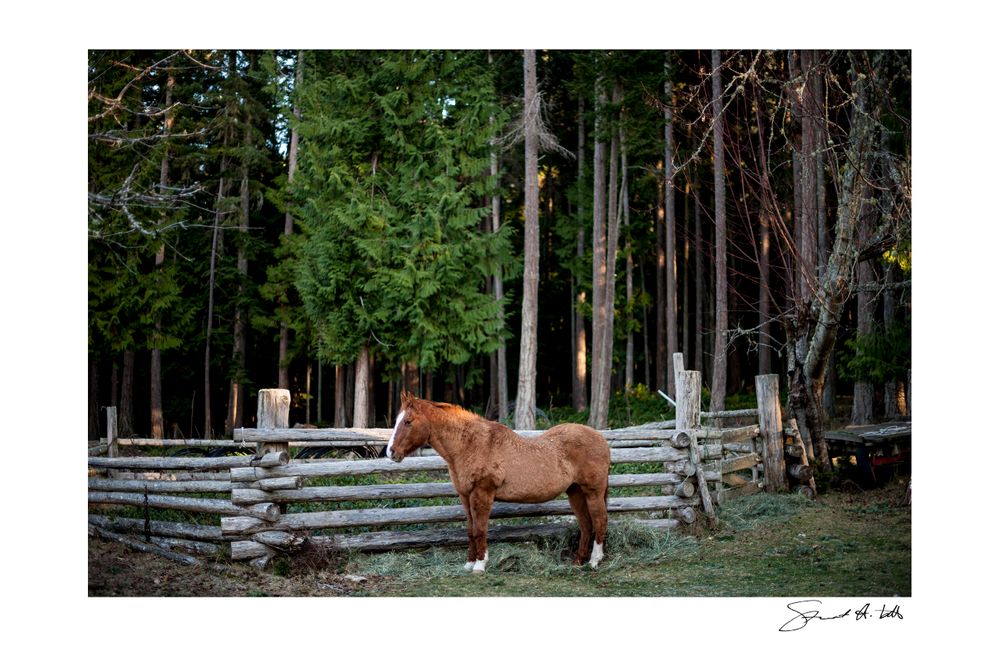