In April 2003 my wife and I spent 3 months traveling through Southeast Asia, after living in Japan and Bangkok for over a decade. The Iraq War was underway when we arrived in Cambodia and combined with the SARS epidemic in Asia, the country had pretty much emptied of tourists leaving the temples of Angkor all but deserted. Th tourist interlude allowed me to explore the temples with my Nikon f/1.4 prime lenses - 28mm, 35mm, 50mm and an 85mm - for a long, serene week. I used T-max 100 film so I could get high enough shutter speeds and later had the film processed at an amazing lab in Tokyo, using Kodak's specially formulated T-max developers. Scanned on Hasselblad Imacon scanner.Scanned on Hasselblad Imacon scanner. 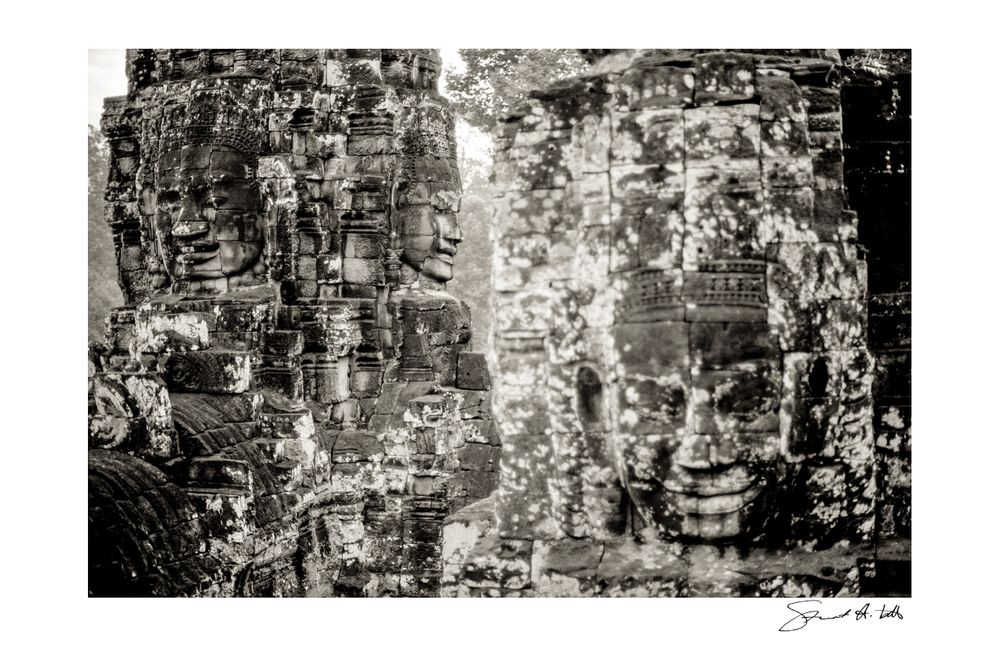