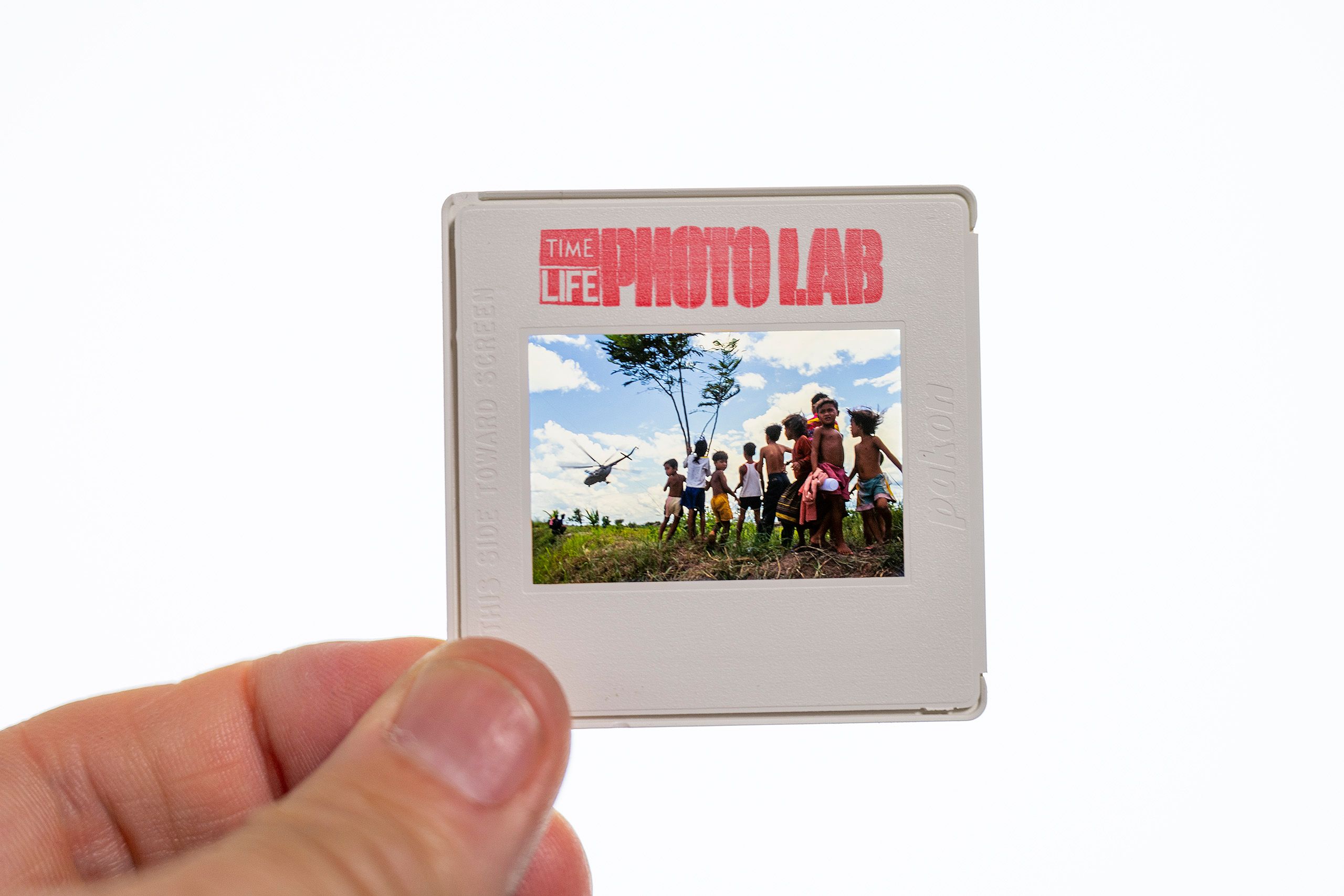 Someone recently asked me how we used to get our film processed and out from war zones in places like Cambodia, and get it to New York or Paris for a deadline. I had to explain, we didn't process the film; back then Time Magazine had their own in-house photolab and all we had to did was get the film to them. That, of course, was often harder than finding an E6 lab in the Cambodian jungle.

This slide was shot on assignment for Time Magazine Cambodia in 1996. I was on assignment covering the end days of the Khmer Rouge, who despite committing one of the worst genocides of the 20th century, were still holed up along the Thai-Cambodia border. The image showed a government helicopter leaving the Khmer Rouge stronghold of Phnom Malai, where I came to photograph Ieng Sary, the Khmer Rouge's Minister of Foreign Affairs and brother-in-law to Pol Pot.

Over two days I shot nearly ten rolls of Fuji Provia 100, carefully writing captions on film envelops, dropping the film inside. To get them to New York? I had to cross back into Thailand, with guides to avoid mine fields, hire a driver at the border (cash) to drive straight to Don Muang Airport in Bangkok, 6 hours away. Every evening there was a 10 pm Air France flight and I had to find their cargo department in the airport, fork out $500 cash to have the filmed bagged and tagged, and listed as bound for New York via Paris. In New York, Time Magazine had a messenger service meet the film after customs and rush it to their lab in Manhattan. Voilà!

The end result of all that work and expense? Time Magazine spiked the story. Not because of photos, it just didn't have the space for the story.

So is emailing or FTP'ing an image easier? Certainly, but what kind of story can you tell afterwards? Will your work be stamped "Time/LIFE Photo Lab" and make you briefly, and naively, imagine yourself as a descendent of Larry Burrows?