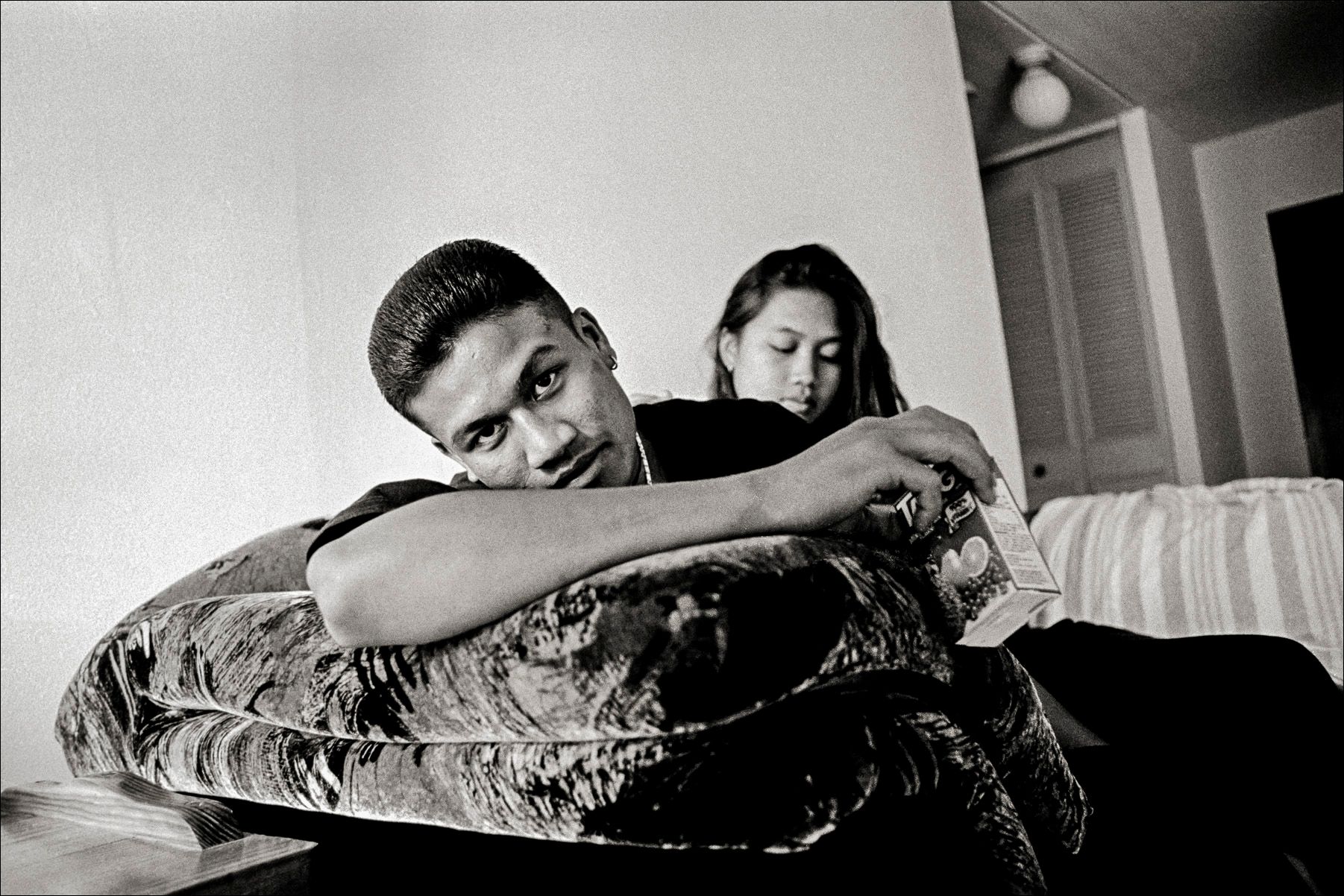 The photograph I could not have taken without Mary Ellen Mark

There’s probably not a documentary photographer alive who hasn’t been influenced by Mary Ellen Mark. Mark, who died today at age 75, was a seminal photographer, especially for those of us who studied the craft in the early 1990s. She taught me how to embed myself with my subjects, how to listen to them and to be honest with them why I was there.

The photograph above is as close to a Mary Ellen Mark image I may have gotten. Taken in 1993 it shows Bobby Em, a then 19 year old member of a Cambodian street gang in Chicago, with his pregnant girlfriend. It was taken as part of a nearly three year project that took me across the U.S. with the young men of the Loco Boyz, but what Mark taught me was to seek out the quiet moments in people’s lives, connect and empathize with them. When I took this image I had Mark’s influence at hand; it’s as much about me as it is about Bobby. It was about being able to connect with him in a moment of intimacy, something only Mary Ellen Mark could have taught me.