Maybe it was a 1990s thing, but I knew photographers who were quite literally crop-nazis, especially in the end days of film and darkrooms. Slicing off so much as a hair of your frame in the darkroom was a photographic sin. Anyone who worked as a documentary photography in the late 1980s and and 1990s was exposed to this - the more you filed out your negative holder to show the frame of the film for printing (including the film's sprocket holes if you were particularly vigorous), the more "truthful" your image. It was rooted, in part, in the fanciful idea that the photographer is a truth teller, a hangover from the days of Walker Evans, Life Magazine and the FSA (Farm Security Administration) photo-documentary project of the 1930s, that saw photographs are reflections of reality. Images could not be tweaked after being seen and taken by the “truth teller”. They were immutable.

It was all nonsense, of course, based in great deal on the culture of photographer as hero that the modernists clung to. It was an argument that ignored all the choices photographers make before and after snapping the shutter: lens choice, film choice, exposure choice, filter choice, developer choice, developer temperature choice, paper choice, dodging and burning choices and now, all their digital manifestations. All elements that can radically affect how we read an image. To say nothing of subject choice, the “why” you’re there with a camera in the first place. As if cropping in the darkroom or in Photoshop somehow erases any "truth" after all the other editing choices we make.

But I'll admit I, too, was a crop-nazi, if only for a few years. For the past decade l've had access to a friend’s Hasselblad Imacon scanner (the Rolls Royce of scanners) so have rescanned many of my favorite portfolio slides, a Lightroom lightbox of them below. I scanned them and love the images as I saw them in the 1990s and early 2000s when I took them - full frame, uncropped. I’m no longer that rigid though, in part because working as a commercial photographer doesn’t allow me to be that inflexible. I’ll tweak a frame, clean up the edges occasionally, fix crooked horizons, straighten lines, but only if the changes add to the aesthetics of the image. Make it more readable. Clarify my intent. But I have a general rule that such tweaks should be minimal, if only because heavy cropping runs against the one technical part of image creation that I think is most important, your lens choice. Heavy cropping negates that choice. Even though I am no longer a crop-nazi, I still believe in the adage “get it in camera”, or at least your lens choice, color balance and exposure.

This all leads, of course, to the other classic photographer argument among the purists - prime lens vs. zoom lens? That fight is for another blog post. 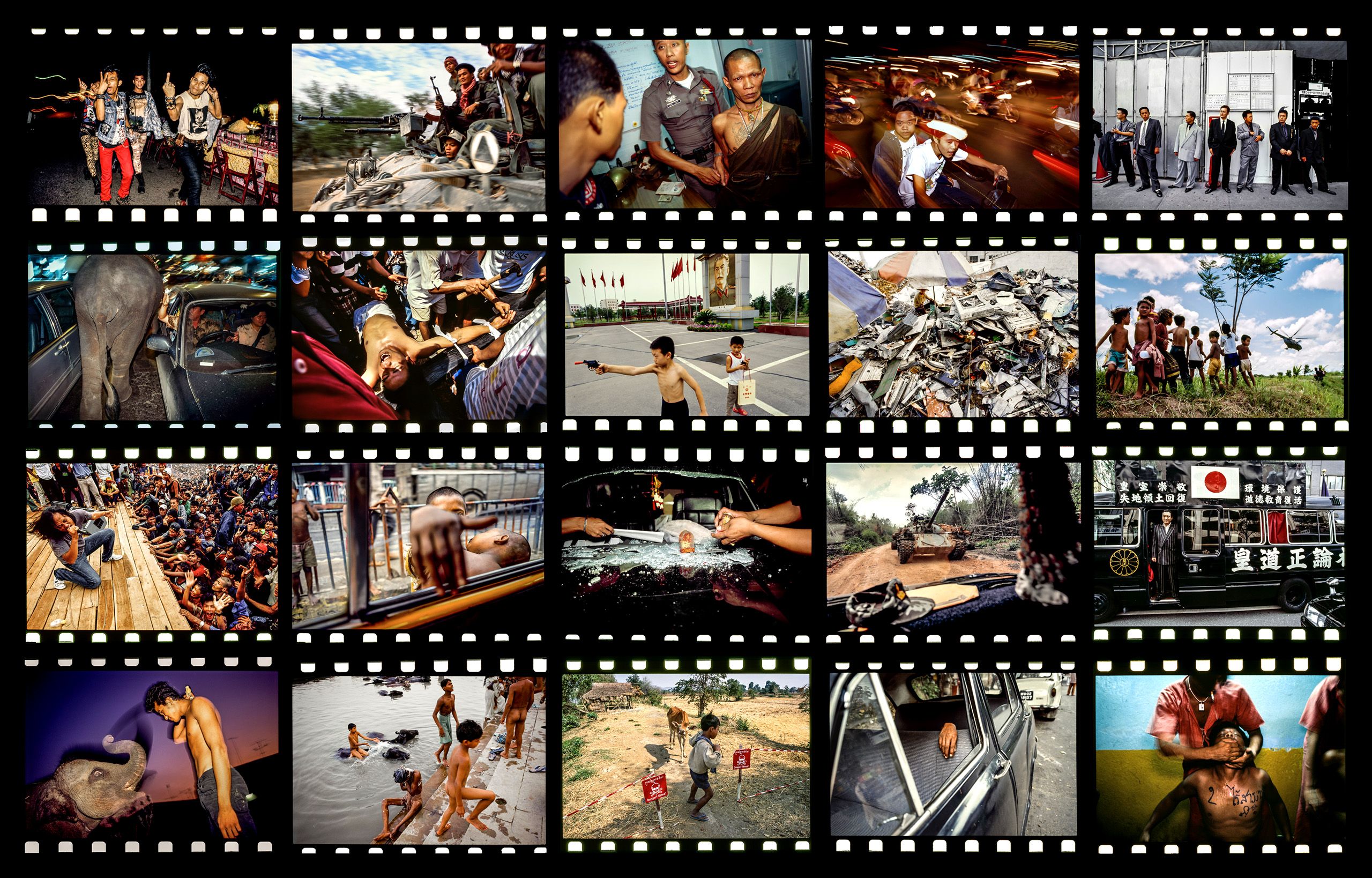