Just spent another morning between assignments hanging out in the back streets around Seatac Airport, this time photographing incoming aircraft with my new Nikon D810 and it's monster files. Flying used to mean adventure, and as a kid, risk, but as I’ve gotten older the adventures have been tempered and flying is, well, just so safe. The thrill is gone. This recent series is shot from straight under and the dirtier the plane the better. The streaks of mud and oil somehow make the planes seem more real to me, now that flying has become so mundane. 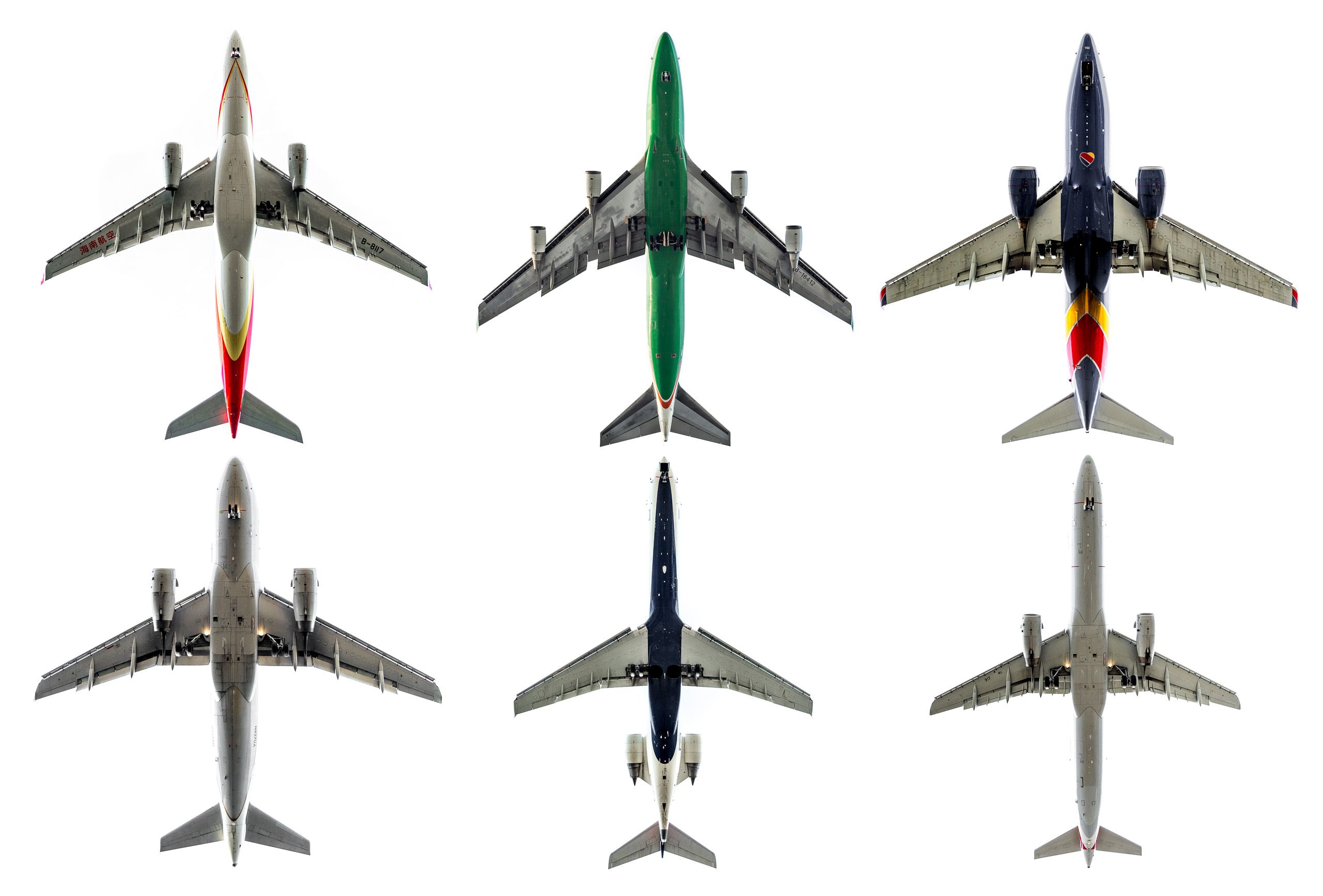