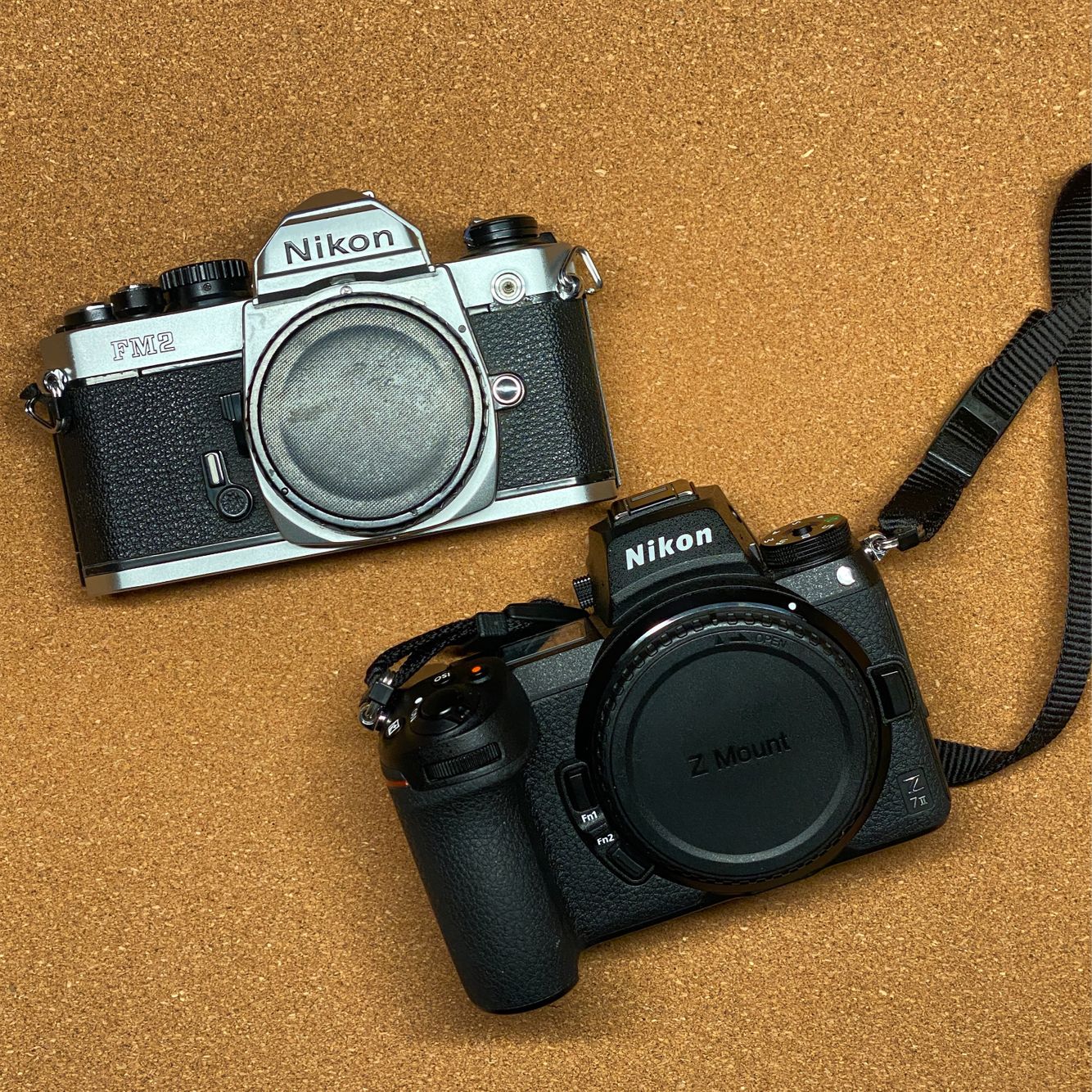 Last of the Nikons

My friend, and awesome photo YouTuber Dan Milnor, often teases me as the last “Nikon man”. Seems I’m a dying breed but I didn't stick with Nikon because I’m a gear fetishist; as I often joke, it’s simply because I know where the buttons are.

I bought my first Nikon in 1982 at age 16, an FM2, after working in Kingston Market in London for the summer to pay for it, and have stuck with them ever since simply because I’m just too lazy to learn a new camera system. So don’t ask me which is better, Canon or Nikon (add Sony and Fuji to that mix now) because I simply don’t care. I know what I like, and I'm a Nikon man! That and I've beat the hell out of them for 40 years and never had one fail on me. Good enough.

Photo here of that FM2 and one my latest Nikons, a Z7ii, bought 40 years later.