Work from an assignment in Novyy Urengoy, in Siberia, Russia, for BusinessWeek Magazine photographing a new pipeline bringing gas from Siberia to western Europe. 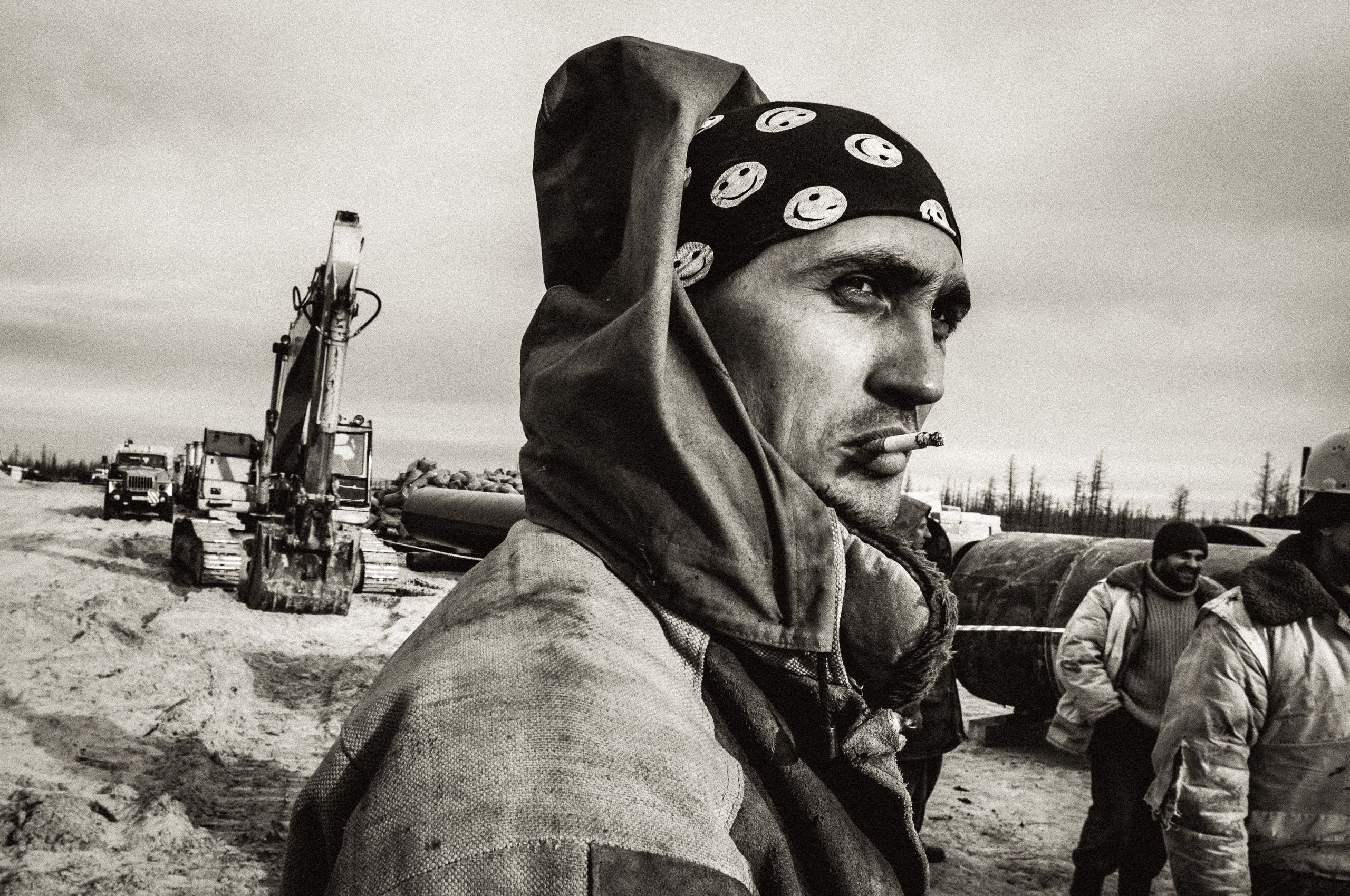 In 2006 I traveled to the remote arctic region to photograph the rapidly expanding oil and gas operations of the Russian firm Gazprom, a semi-state owned energy giant, tied closely to Russian leaders and oligarchs. On the flight with us was Russian businessman Eduard Khudainatov, closely tied to President Vladimir Putin; I quickly discovered he was a man of few words on the long flight in a private jet from Moscow to Novyy Urengoy, and subsequent helicopter ride out to the oil and gas fields. Between the heavy drinking, Russian and Siberian roughnecks, shady Russian businessmen and ex-KGB security guards following me everywhere, it was a long, cold and lonely four days. It was also the first assignment I shot entirely on digital cameras, using my new Nikon D2X. 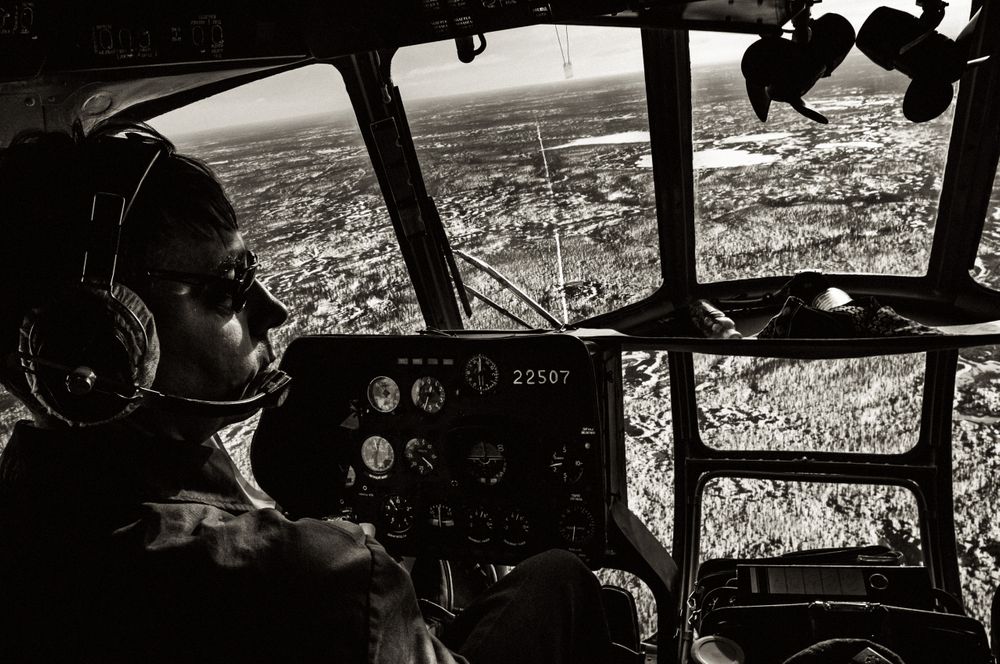 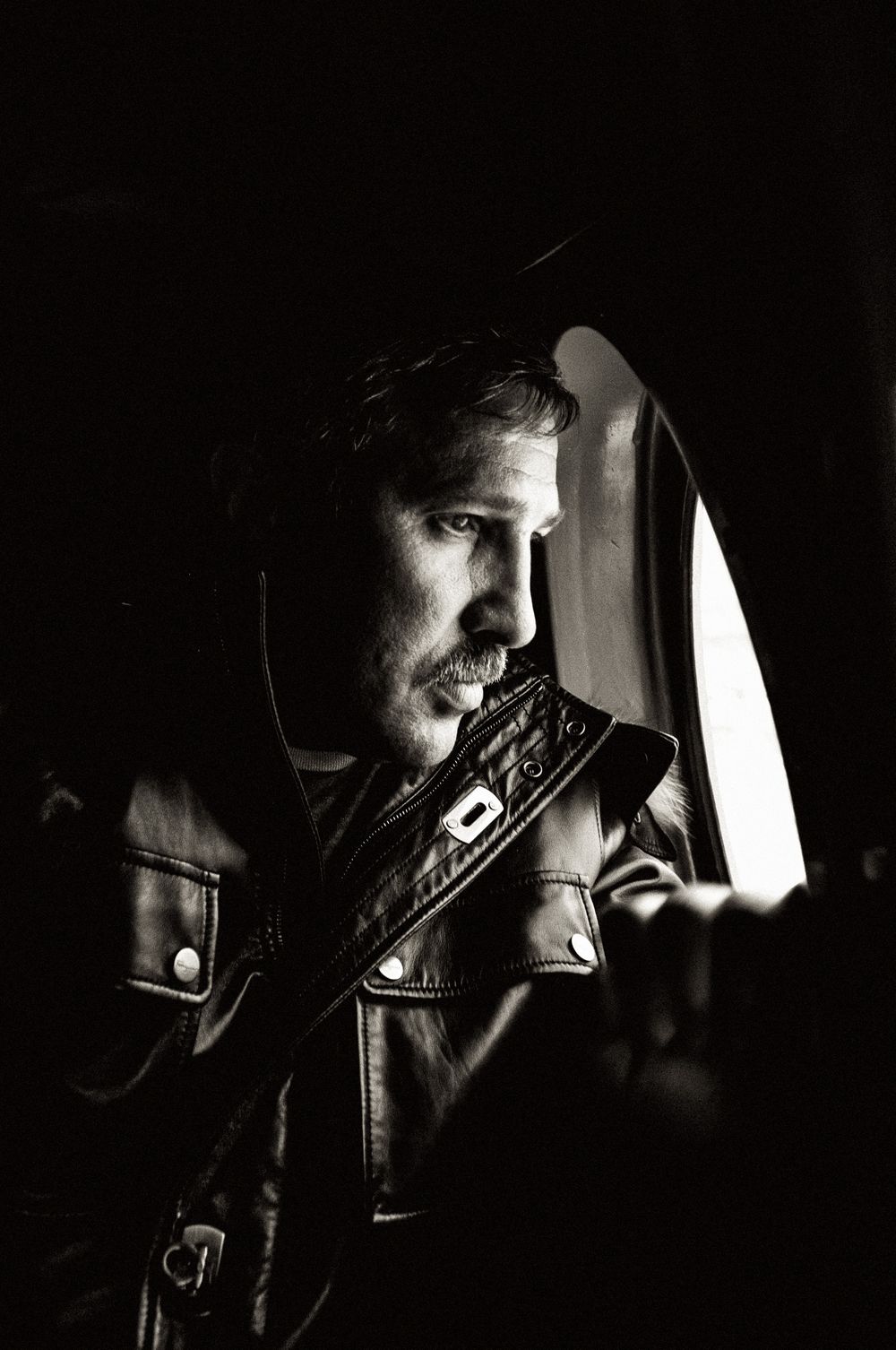 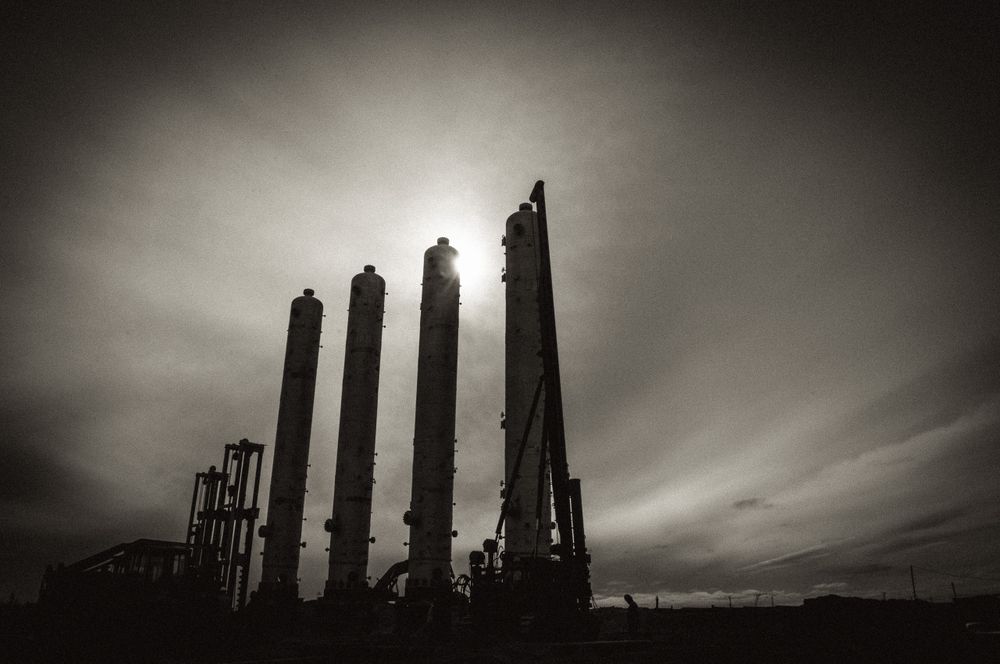 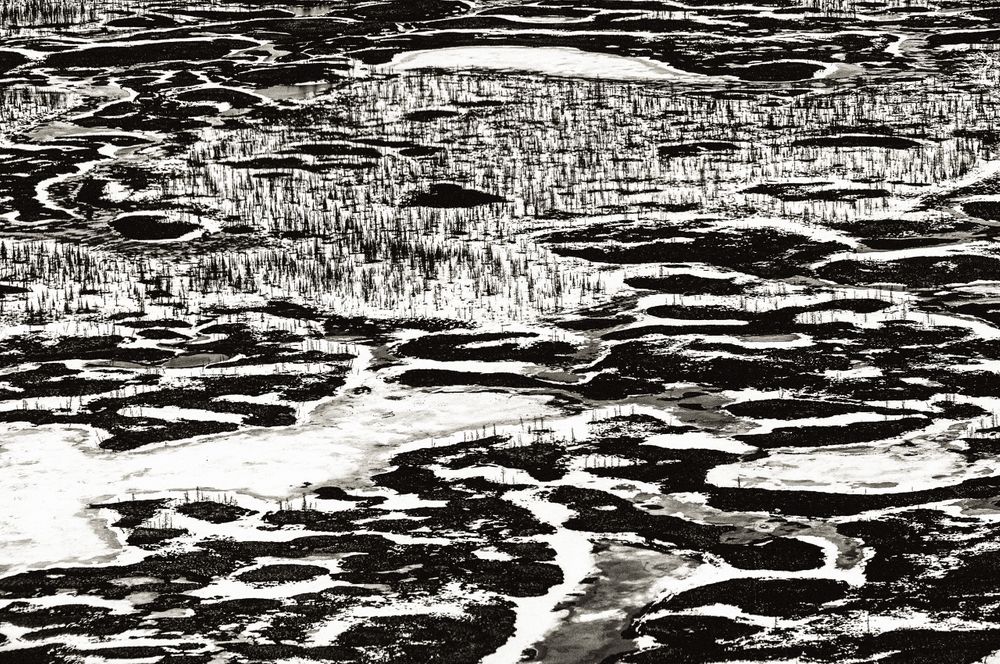 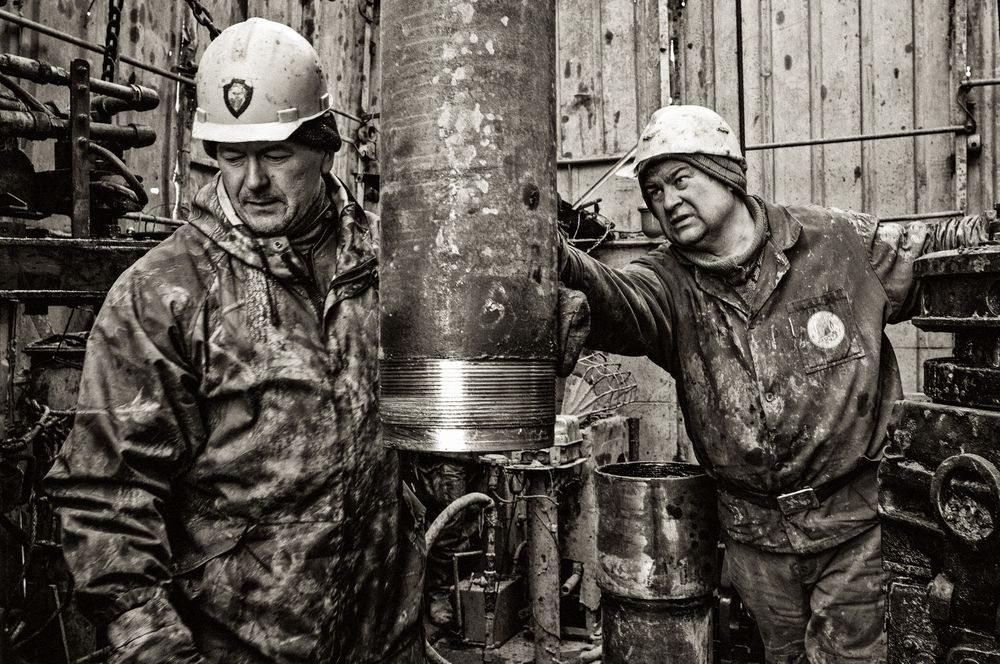 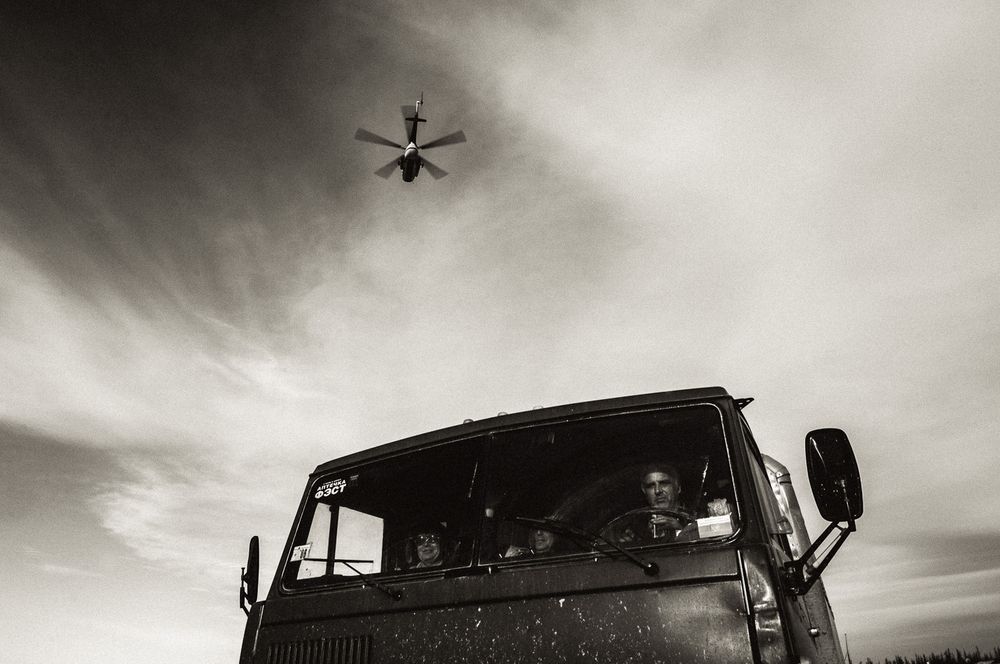 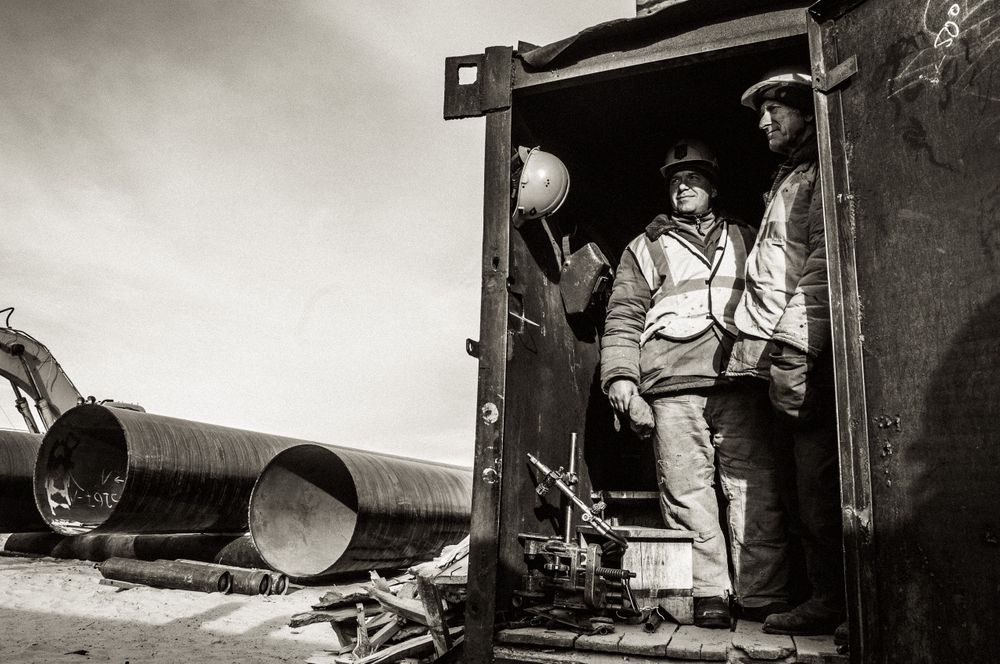 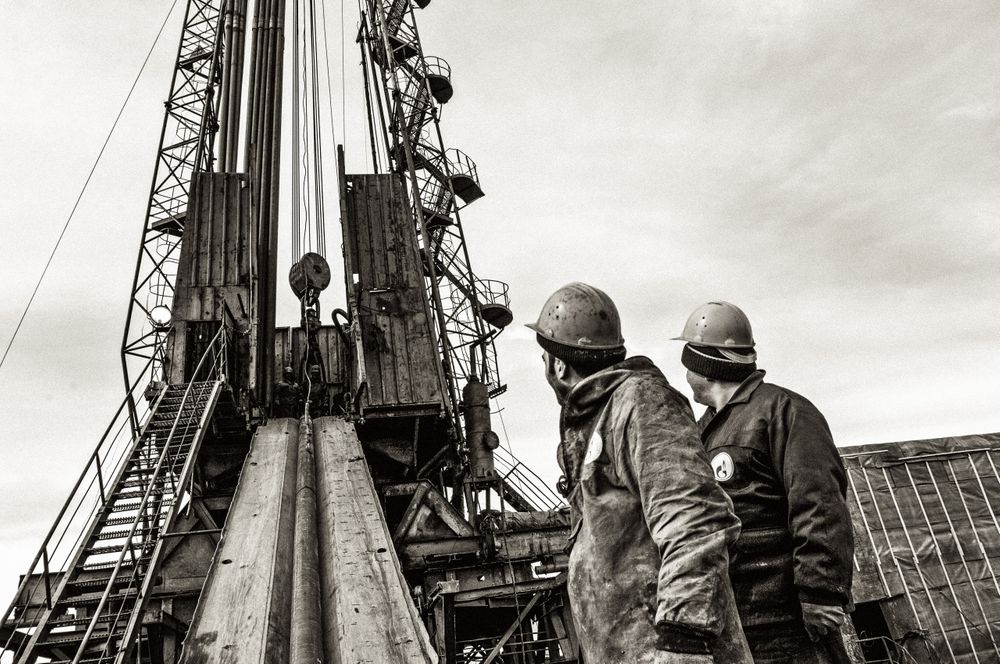 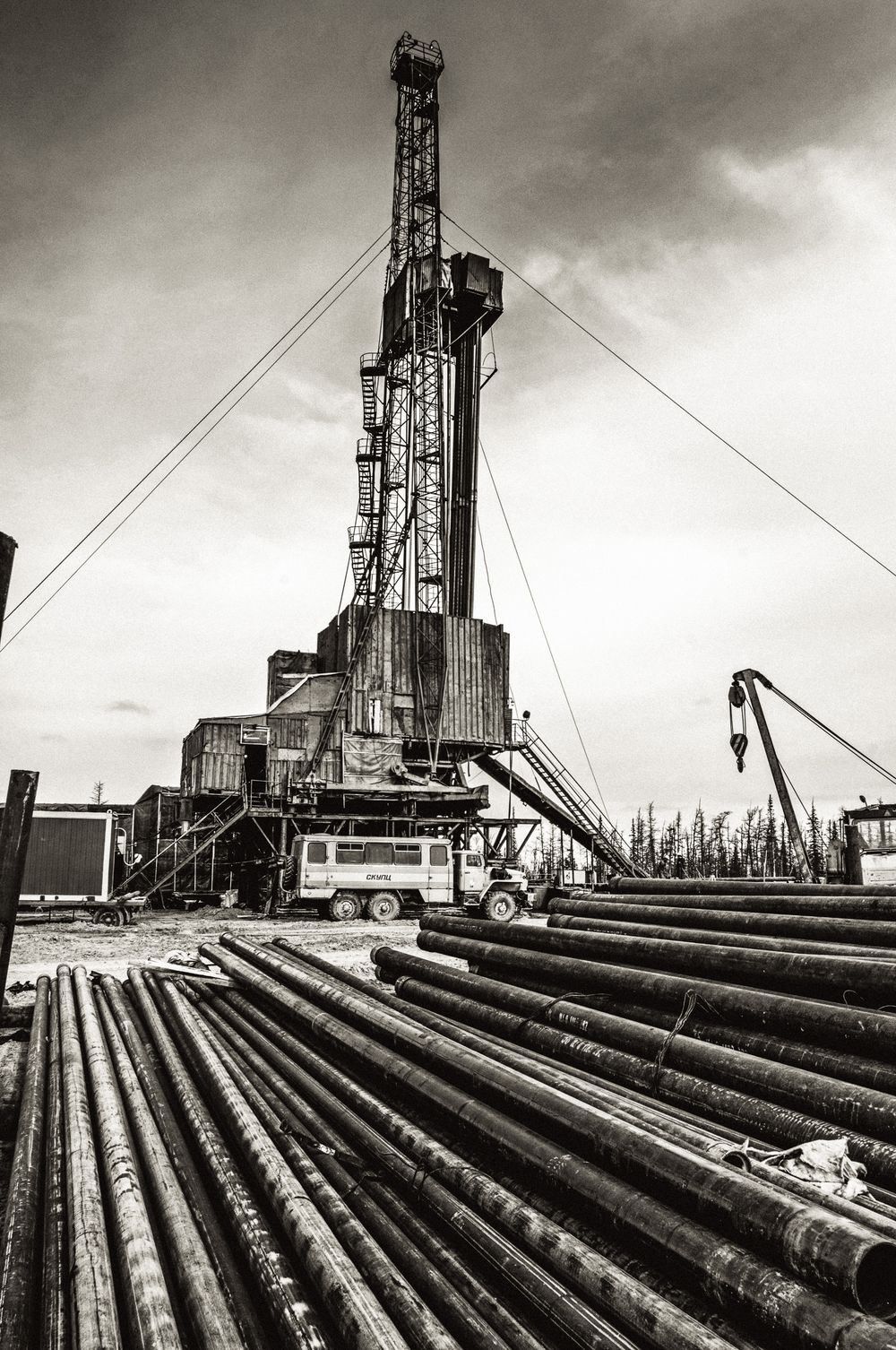 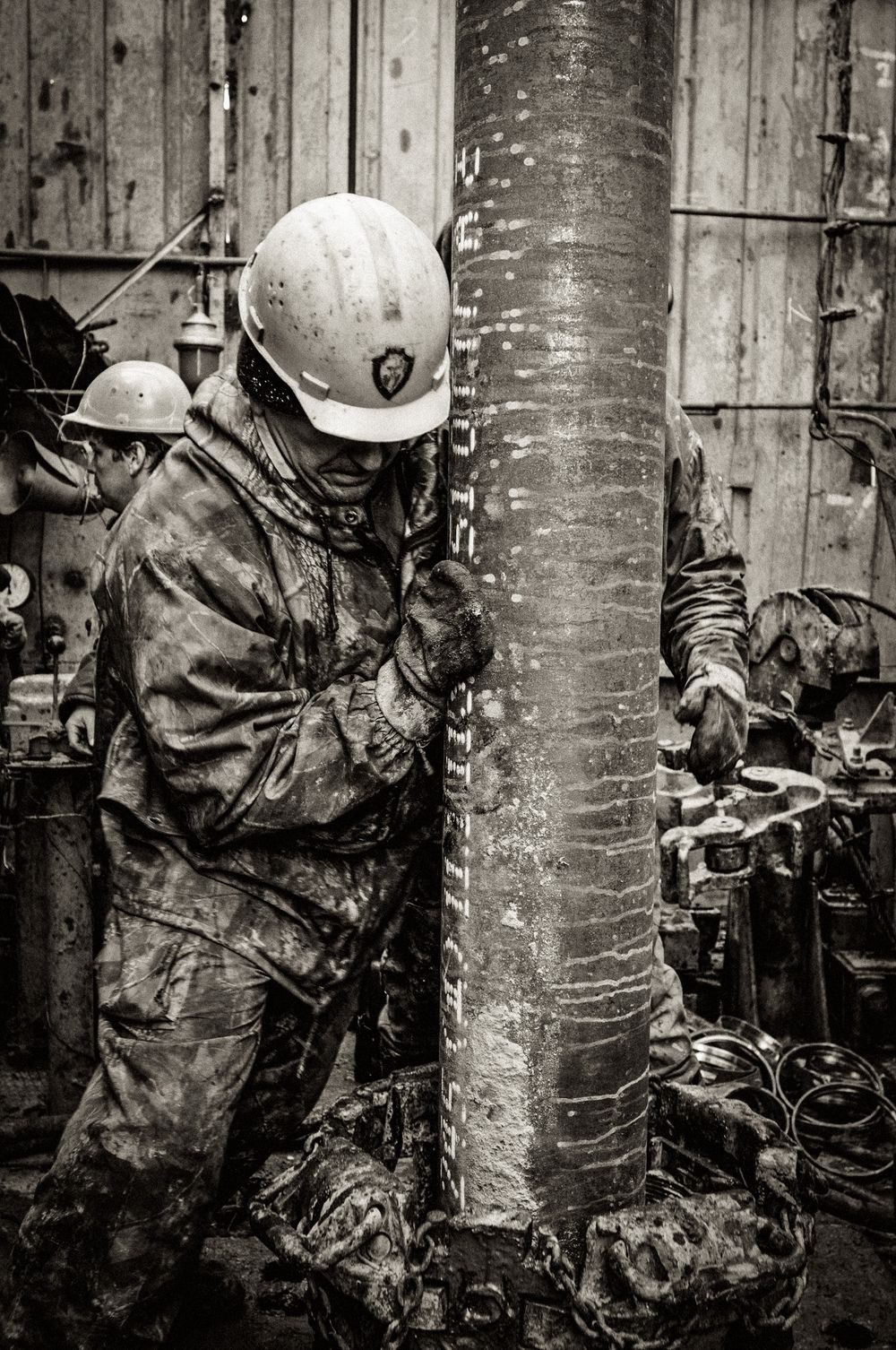 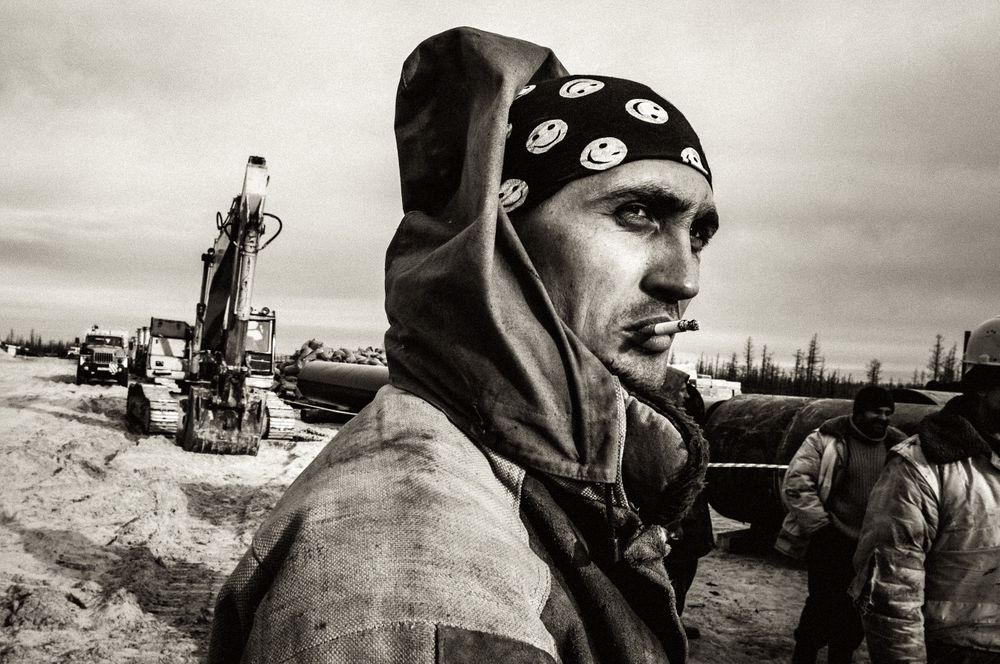 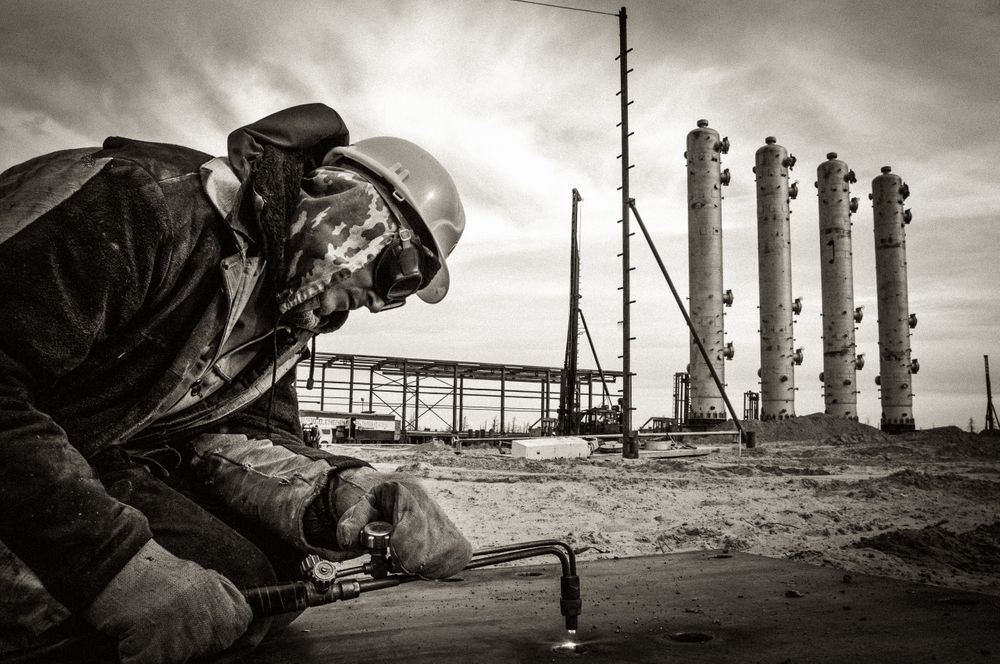 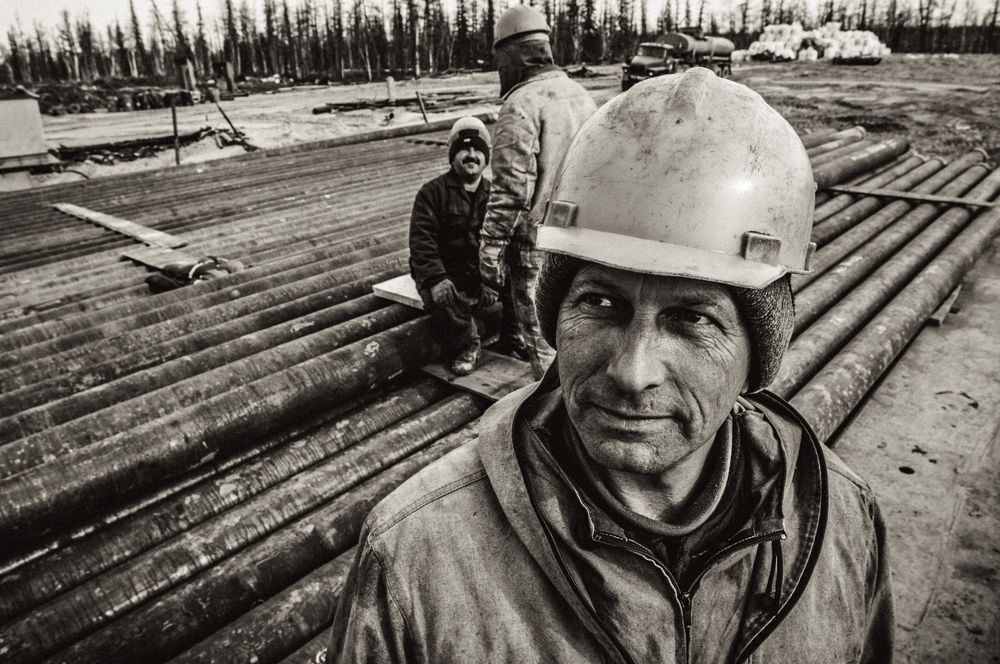 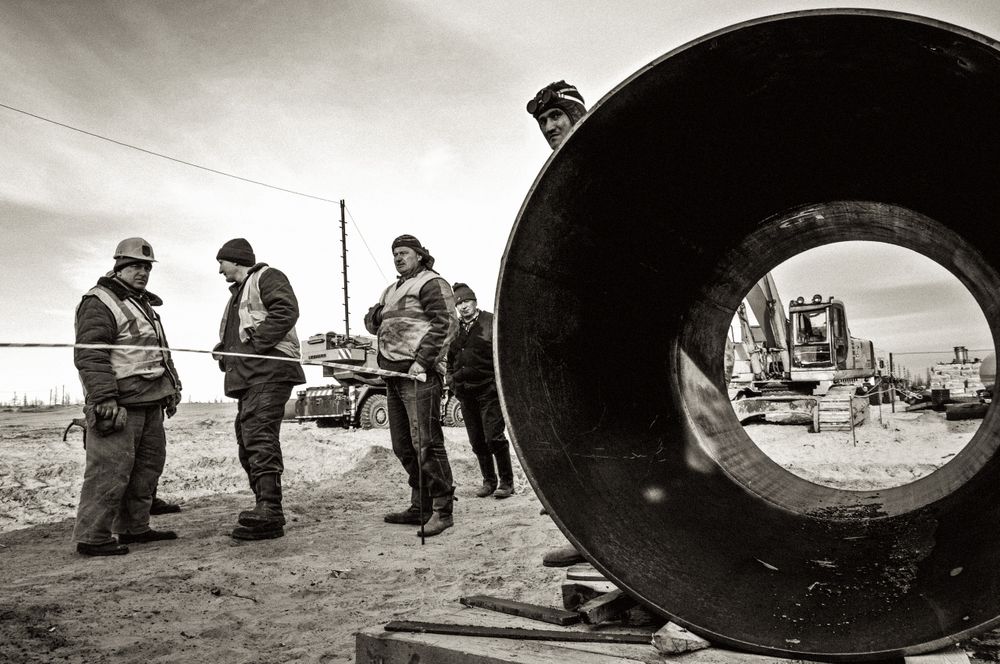 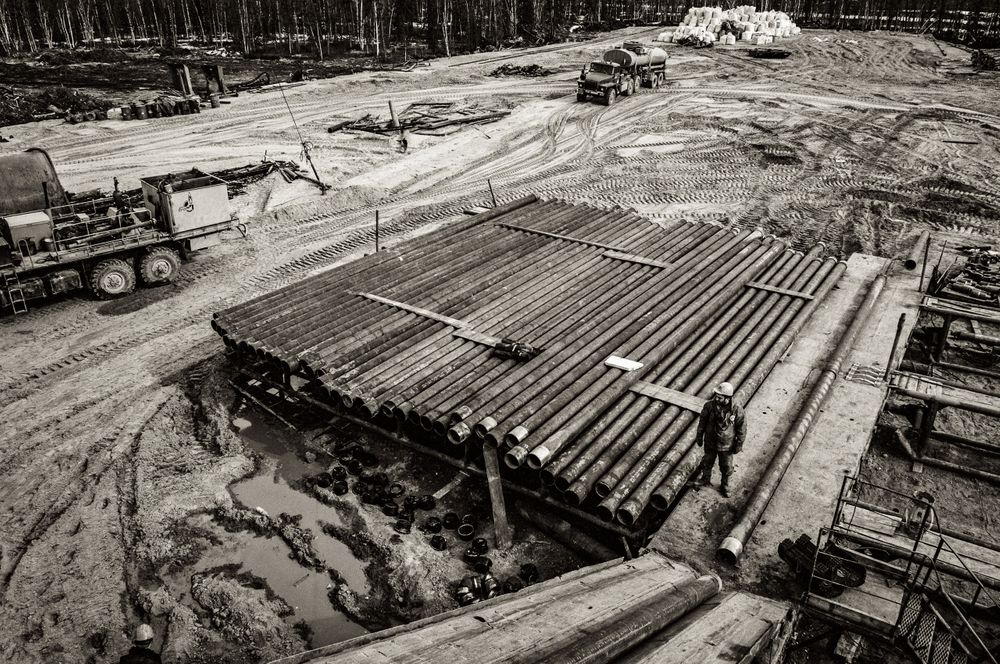 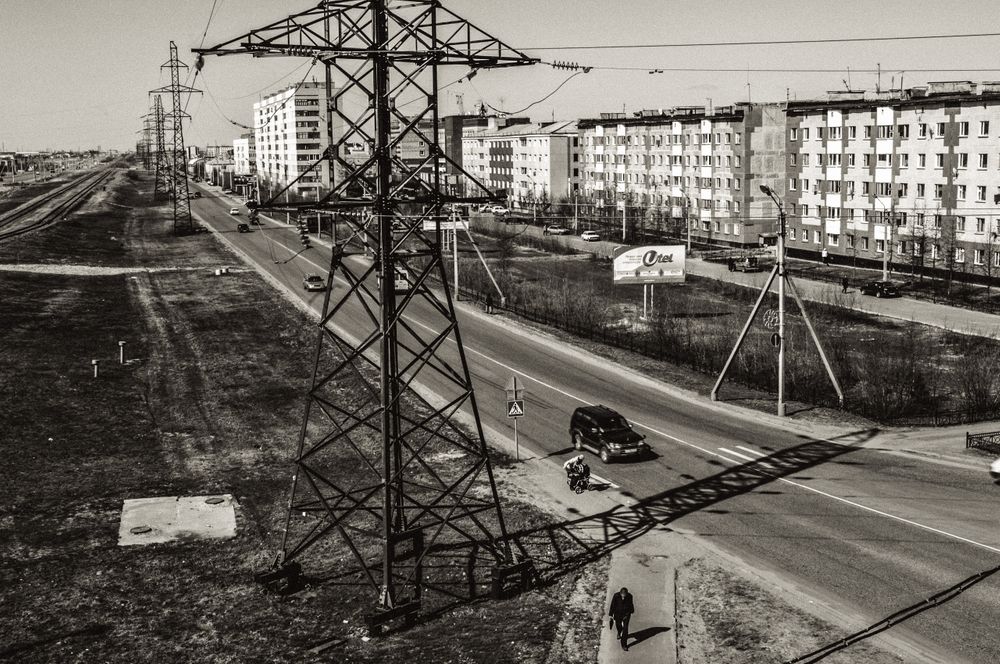 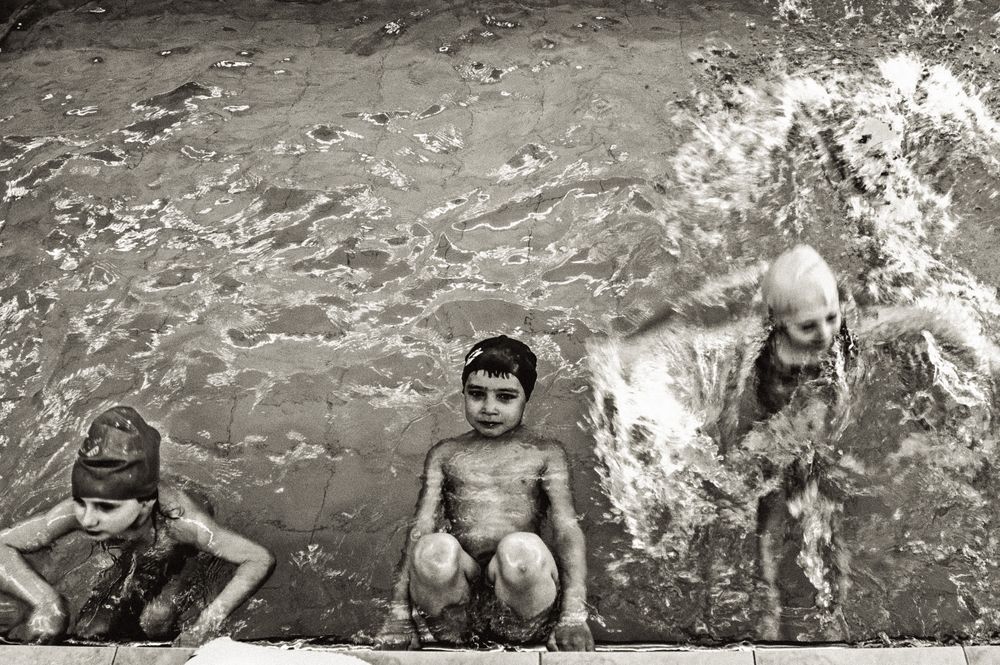 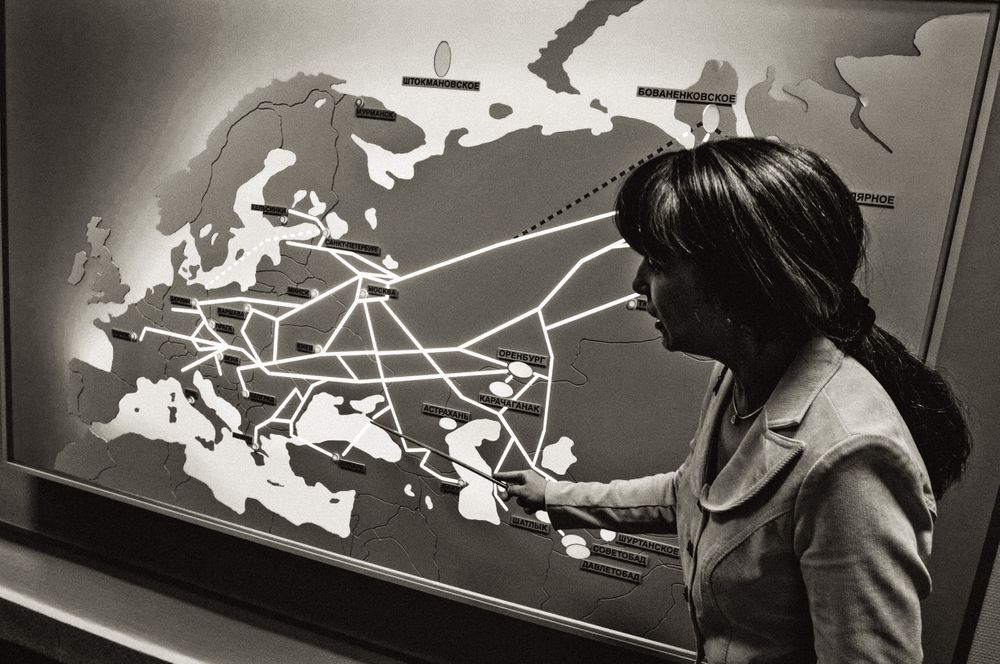