Scott Forrester, his sister Tiffany and Scott's girlfriend Mary O'Connor, use the skate park built behind silos from the city of Concrete's closed concrete plant, that sit along Route 20 in Washington States Northern Cascades.

Highway 20, cutting through Washington State's Northern Cascades, is one of the last highways built in the state. The final stretch, connecting the west side to the east sides of the mountains wasn't completed until 1972. the road was one of the of the routes promoted by the Federal Writers Projects guides of the 1930s-1940s.

Photograph for The New York Times. Shot with Nikon D3. 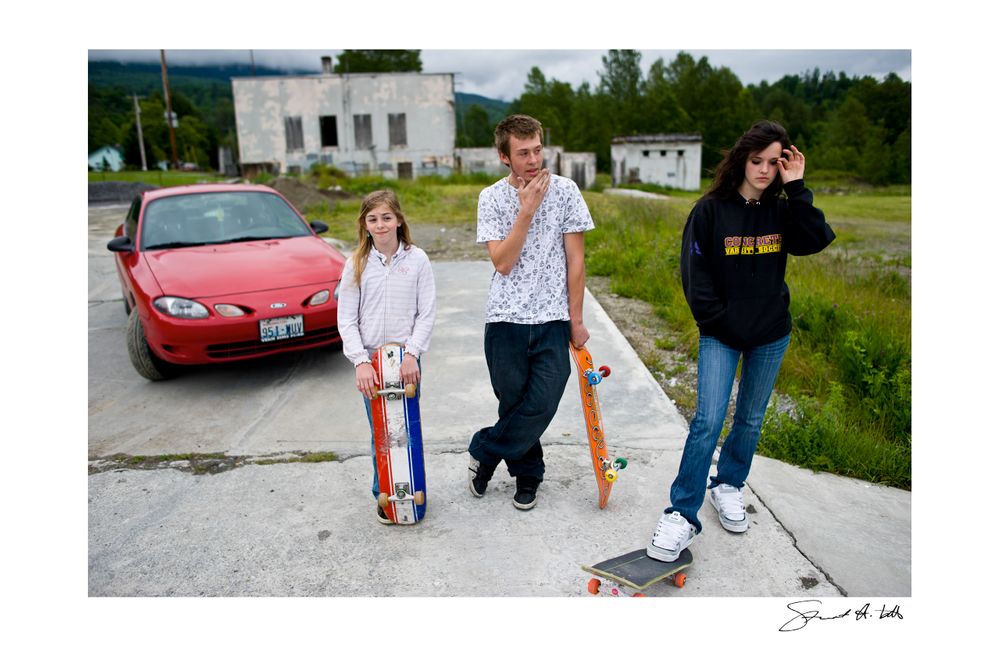