The "Castleland" theme park and water park built inside the gardens of the 15th Century Fushimi Castle.The first time I saw Kyoto I didn’t realize I’d seen it. Staring out of the hermetically sealed windows of the Nozomi Super Express bullet train, there was no end to the miles of factories and sterile, cookie-cutter housing projects that sprawl from Tokyo to Osaka, via Kyoto. Occasionally I spotted a rice field or the roof tops of small Buddhist and Shinto temples. At nearly 200 mph they could just be glimpsed through the webs of power lines, often squeezed between pre-fabricated homes, golf driving ranges and parking lots. Returning at night, the concrete landscape faded away and was replaced by the lights of the Japanese night: pachinko gambling halls, love motels and massage parlors.

After nearly a hundred runs to Osaka on the train, the ‘Liberty Hotel’, ‘Lucky Pachinko’ and ‘Happy Health Massage’ parlor became my distance markers. I eventually learned to sit on the train with the dazed look of an exhausted Japanese salary man, oblivious to a landscape that did little to interest passersby.

These images were taken from 2000 until 2003 while I was living and working in Japan. After a few trips to Osaka on assignment I started to hop off the train in Kyoto to spend 1 or 2 days walking the city, photographing what I saw, trying to get beyond the view from the bullet train. It turned out my first glimpses of the city were pretty inaccurate, because even behind the widespread destruction of the heart of Kyoto, the city still thrived and fascinated me. This was a 'personal' project in the truest sense; I never had a commission to photograph any of the work and I only had vague plans to try and publish a book later. It turned out trying to publish a photo book about Kyoto with only two images of real geisha and maiko was hard! The work was exhibited in the USA and Korea and who knows, someday it may make a nice historical view of the city as it continues to change.

The title for the project came from the late Donald Richie, a renowned Japanese film and arts critic I met when he was living in Tokyo, who referred to the city as "Tokyoland". He wrote a brief intro for my unpublished book before he died. 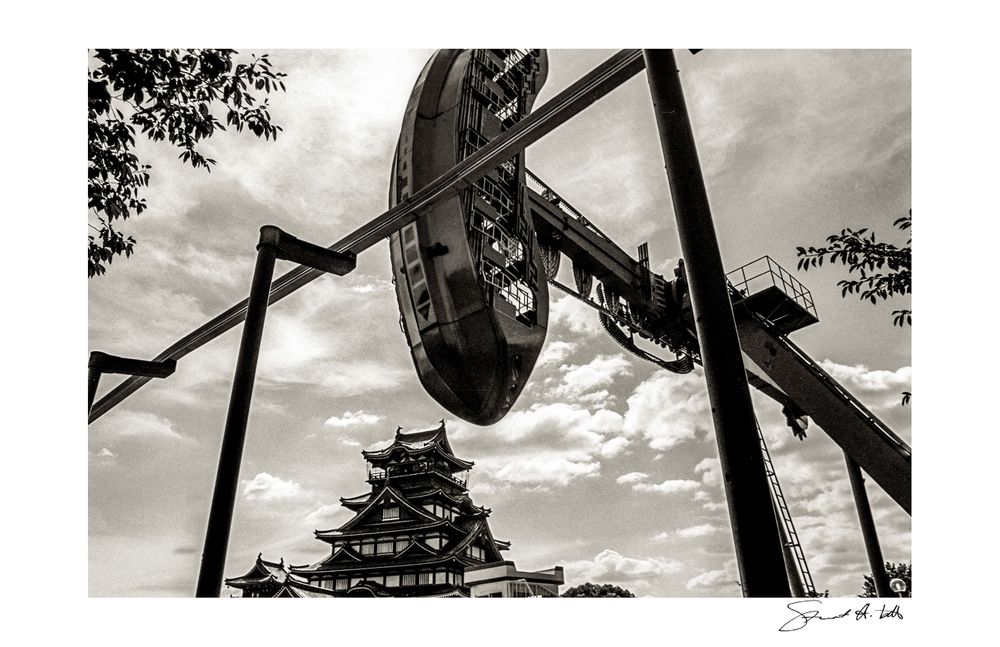