For about 3 years living in Bangkok I spent late nights working the streets, where I fancied myself a modern day Weegee, documenting the city's night life, photographing illegal street racers, crime, accidents and the occasional elephants. After Thailand cracked down on the illegal timber industry in the early 1990s, thousands of elephants were put out of work, forcing them and their mahouts (owners) to bring them to the city to beg for a living. The practice has now, thankfully, been banned. This image was taken in Bangkok's Chinatown around midnight, as the elephant squeezed through traffic. Shot on Fuji Provia 100, 1/2 second exposure, f/5.6 and scanned on a Hasselblad Imacon. 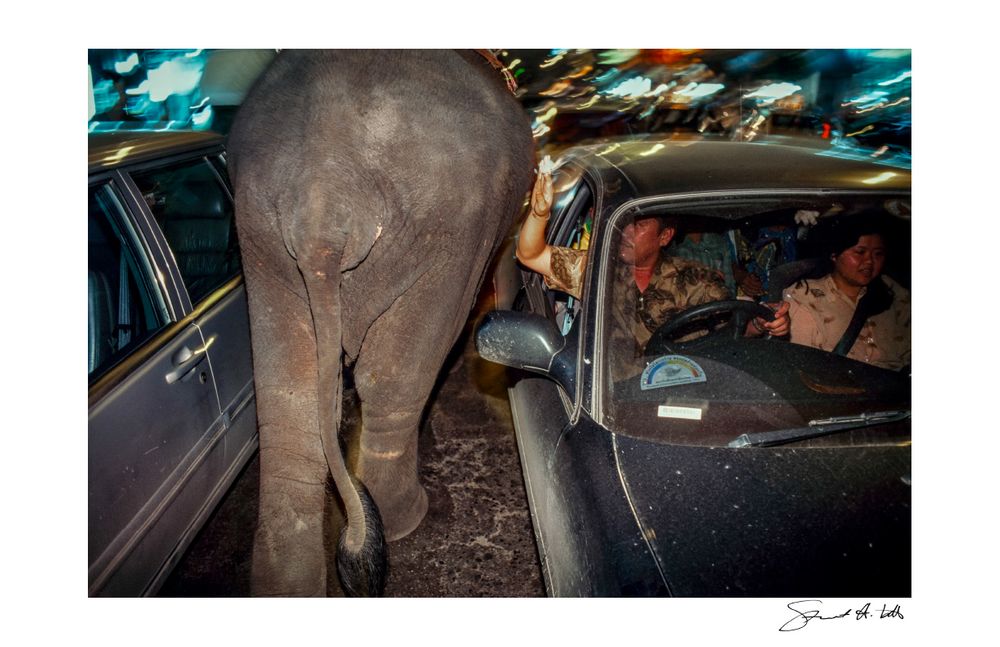