Ed Carriere, born in 1934 and a member of the Suquamish tribe in Washington, State, has woven baskets for over fifty-five years. He learned the art from his great-grandmother, Julia Jacob, who raised him. For the past few years, Carriere, a master basket weaver, canoe builder and wood-worker, has worked with archaeologist Dale Croes, to recreate ancient Salish weaving. Croes, who has spent his career unearthing fragments of ancient basketry from wetsites throughout the Pacific Northwest, has worked with Carriere to recreate the ancient weaves and baskets, while also learning basketry from Carriere. In this image Mr. Carriere poses on the beach by his house with the "Backpack burden basket" made from cedar root and the handle/head strap made from cedar bark and wool. The design is modeled on an ancient basket and has nearly 10,0000 weaves. 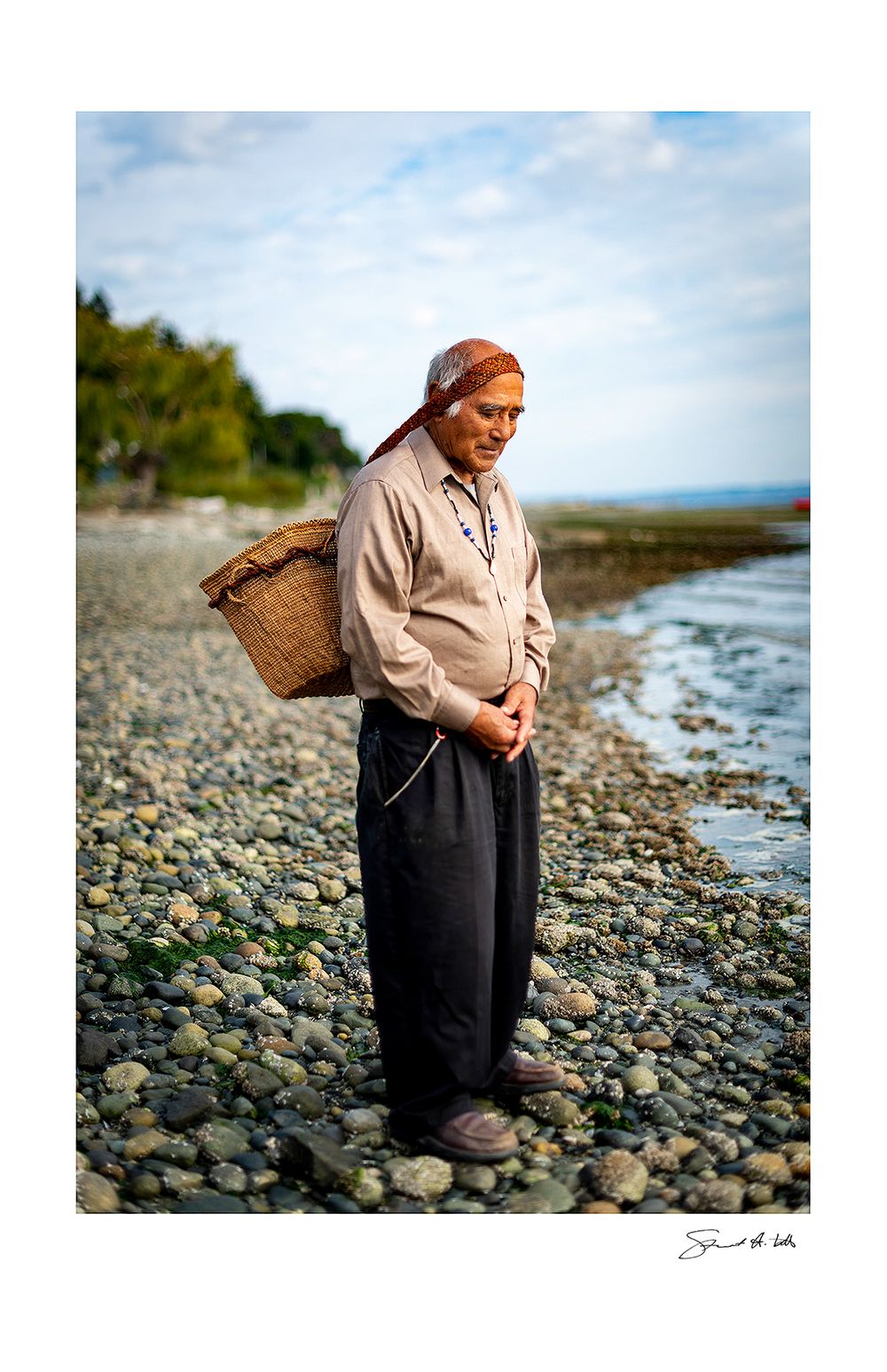