One month after the 9/11 attacks in New York I traveled from my home in Tokyo two hours north by train to Tochigi Prefecture to photograph the world's largest scale models of the Twin Towers. The models, found at the Tobu World Square Park, stand 17 meters high, nearly 60 feet. The park features over 100 reproductions of world famous landmarks at 1/25th scale and park officials claim they are the biggest models of the towers in the world. It was a strange assignment given what had happened in NYC the month before; Japanese visitors had left flowers at the base of the models out of respect for the victims of the attacks. 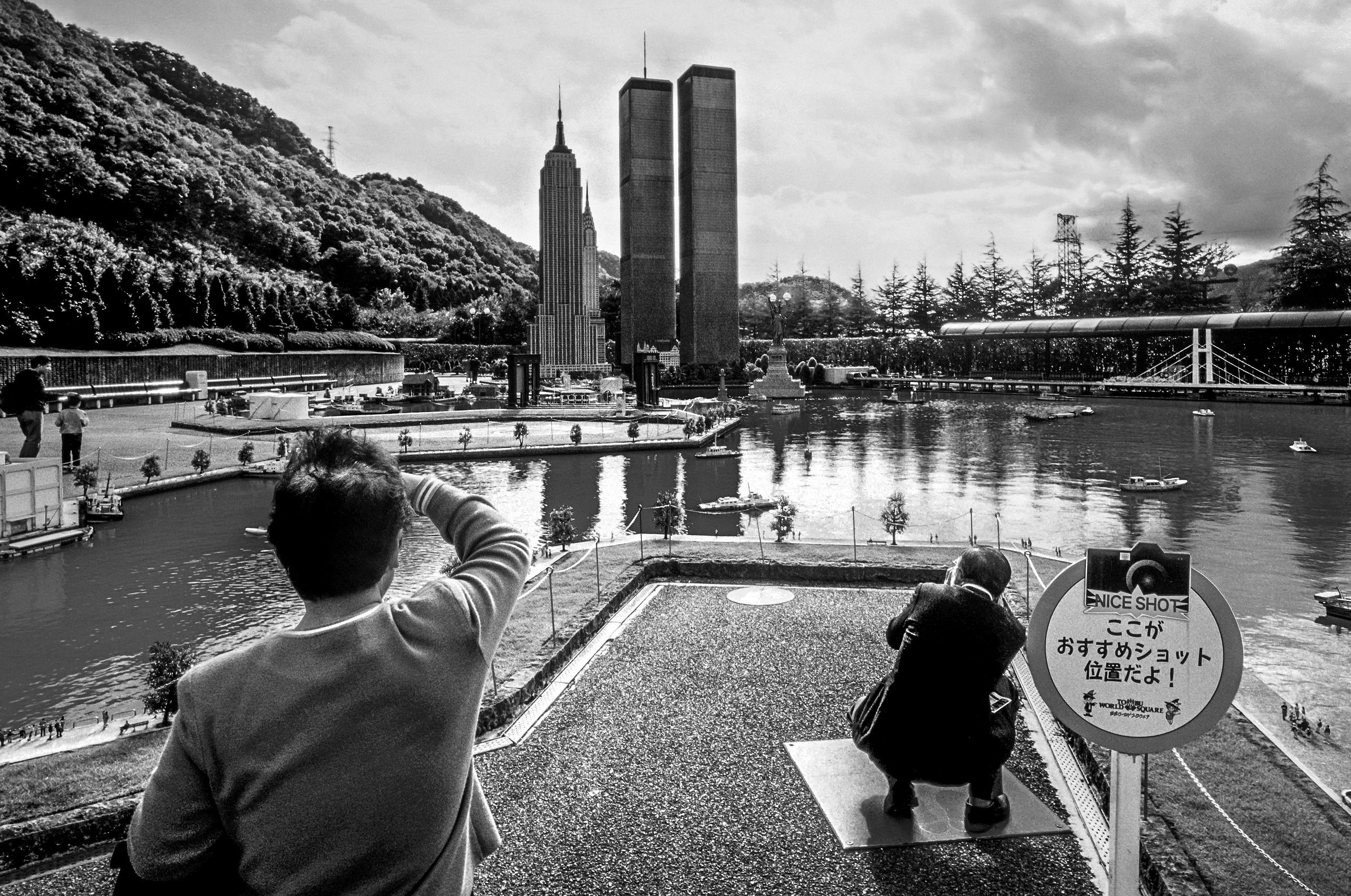